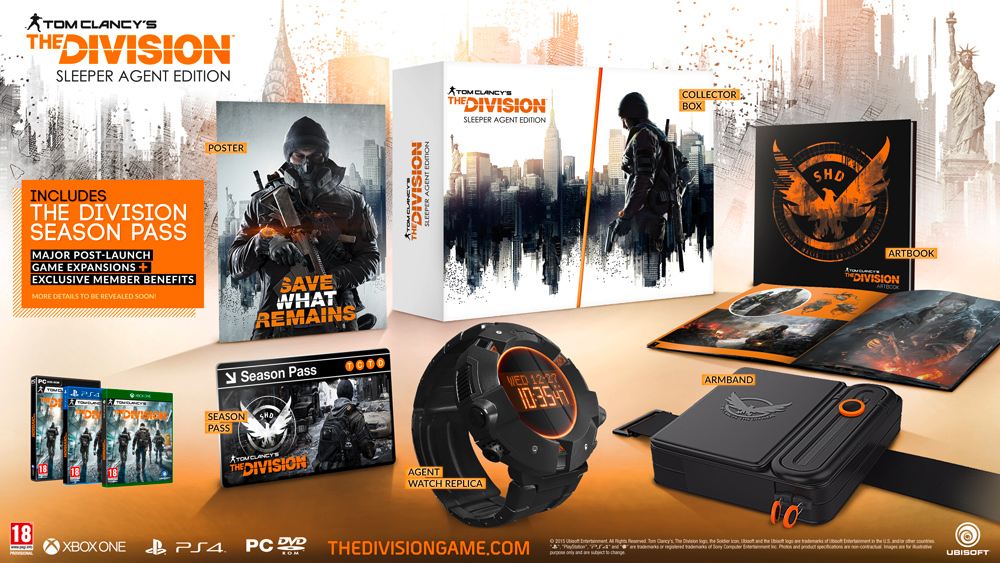 The Division officially has two different collector’s editions that you can pre-order now along with the Season Pass (which promises some “major expansions” and benefits to members).

The Gold Edition is straightforward enough. You get the National Guard gear set, the base game and the Season Pass along with access to the closed beta. This is available to pre-order from retailers for $100.

The Sleeper Agent Edition (pictured above) offers much more. Along with the base game and Season Pass, you receive an Agent Watch replica (fully functional); an Agent Armband; an artbook featuring high quality concept art; an exclusive Collector’s Box; and a “Save What Remains” poster. Pre-ordering this nets you closed beta access, the Hazmat Gear Set and an exclusive steelbook.

This is available to pre-order directly from Ubisoft for $160.

Tom Clancy’s The Division releases on March 8th 2016 for PS4, Xbox One and PC.