The hits just keep coming and May is looking to be fairly busy for gamers.

Another month, another slate of high profile releases that promise unforgettable experiences, retro classics and the opportunity to enslave our enemies. We’re less than two months away from E3 2018 and while the best is yet to come this year, May is still full of releases that you shouldn’t skip. Let’s take a look at the top 10 games releasing in the coming month.

Quantic Dream’s highly anticipated, narrative-based adventure has impressed us for a long time with its sleek visuals and production values. However, Detroit: Become Human promises more than just pretty graphics, its themes exploring the nature of humanity and free will via androids living in futuristic Detroit. Attaining sentience is one part of the journey for Kara but Connor is more about hunting down deviant androids as part of the police. Markus is a more revolutionary individual, seeking to free other androids from their captivity. The choices you make, how they’ll affect the outcome and replaying scenes to visit alternate story paths form a core part of the experience. Detroit: Become Human is out on May 25th for PS4 so we’ll find out just how emotionally involving its story really is. 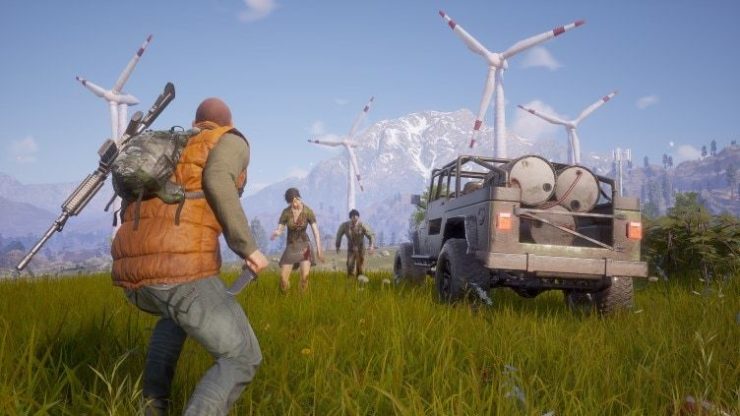 It’s not the MMO/zombie survival game that we once heard rumblings of but that’s okay. Undead Labs’ State of Decay 2 will once again challenge players to survive in a large open world with three large maps to explore, numerous zombies to battle, survivor camps to manage and much more. The developer has promised that each map will roughly be the size of the first game’s map, which is pretty crazy. Couple this with the potential for new stories to be told via the survivors, crafting, new abilities, the potential to shift one’s base and four player co-op, and there will be a lot to go through once State of Decay 2 launches on May 22nd for PC and Xbox One. 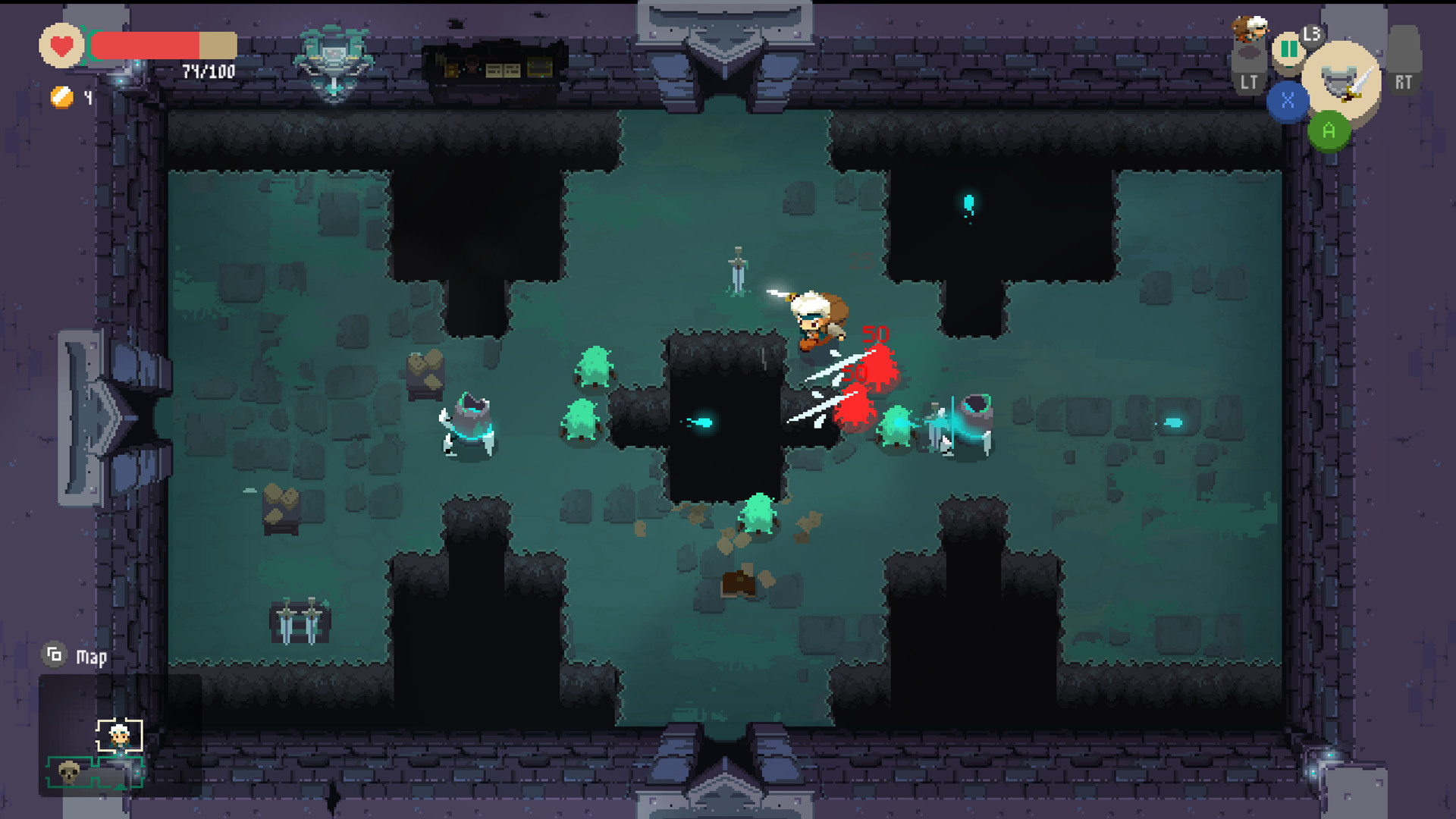 Imagine wanting to adventure into the dangerous arms of the world, spelunking through various depths and uncovering various unknown terrors. Your role isn’t that though – you’re meant to be a shop-keeper, selling items to the real adventurers. Of course, once the day comes and the desire can no longer be staved, it’s off to adventure. Moonlighter encapsulates this idea with a beautiful sprite-based art-style and combat that takes several cues from the old-school Zelda games. While it’s possible to explore dungeons and discover various items, the twist here is that you can take them back to your item shop and sell them for additional cash. This can then be used to fund further adventures with weapon and armour upgrades and much more. Moonlighter has an easygoing feel to its adventure, one that’s nonetheless addictive and challenging once you actually get into it. Look for it to release on May 29th for PC, Xbox One and PS4. 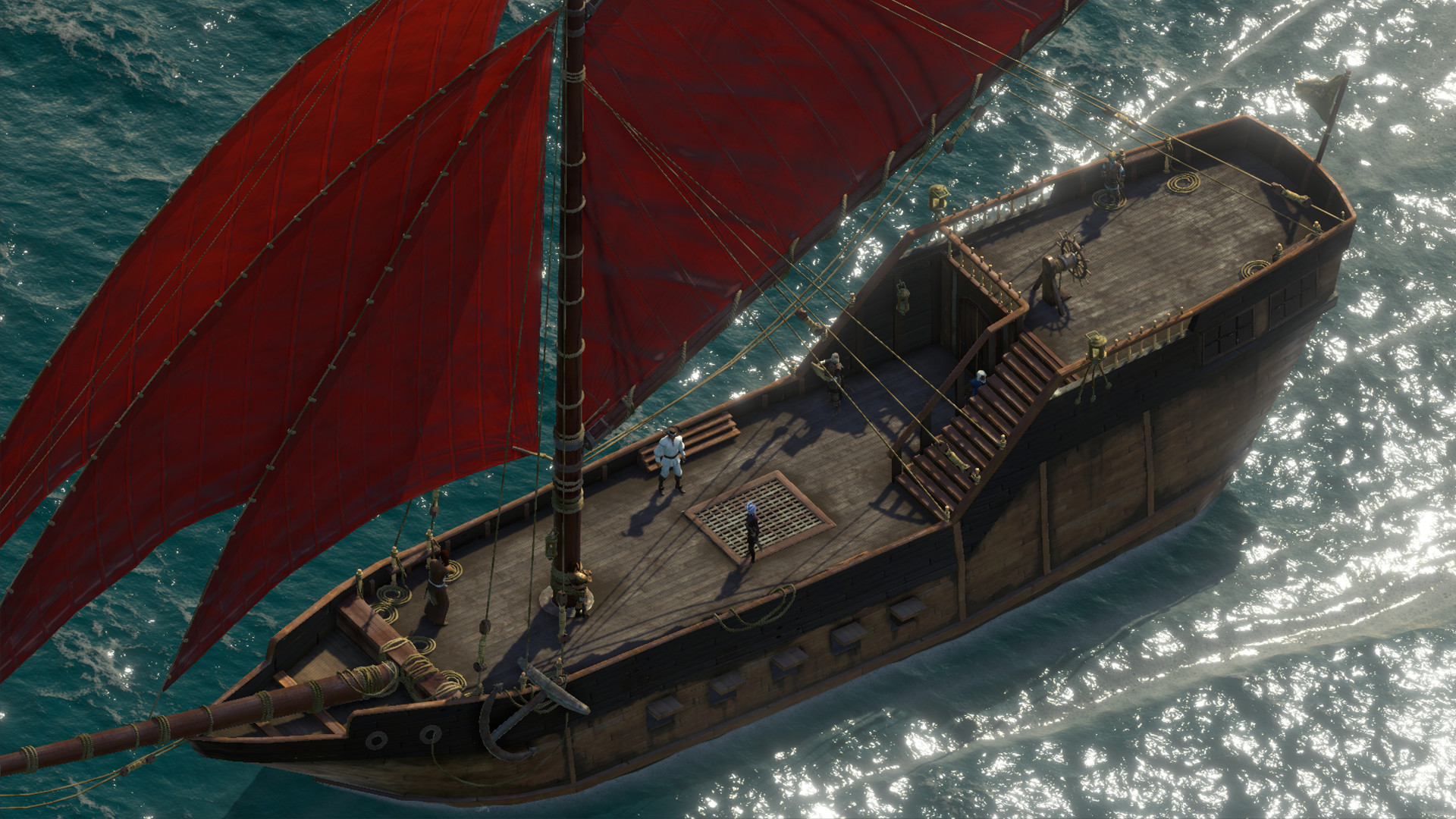 When a giant angry god of light and rebirth destroys your stronghold and leaves you for dead, what more can you do but chase it? As the sequel to the critically and commercially acclaimed computer RPG, Pillars of Eternity 2: Deadfire will offer a brand new region, the Deadfire Archipelago, to explore. You get your own boat to travel in, which can be customized and engage in naval battles. Players can now take on three sub-classes with their own skills, further develop companion relationships, and even steal ships from foes. If the first game was any indication, Pillars of Eternity 2 should be a massive adventure that embodies the spirit of classic RPGs like Icewind Dale and Baldur’s Gate. 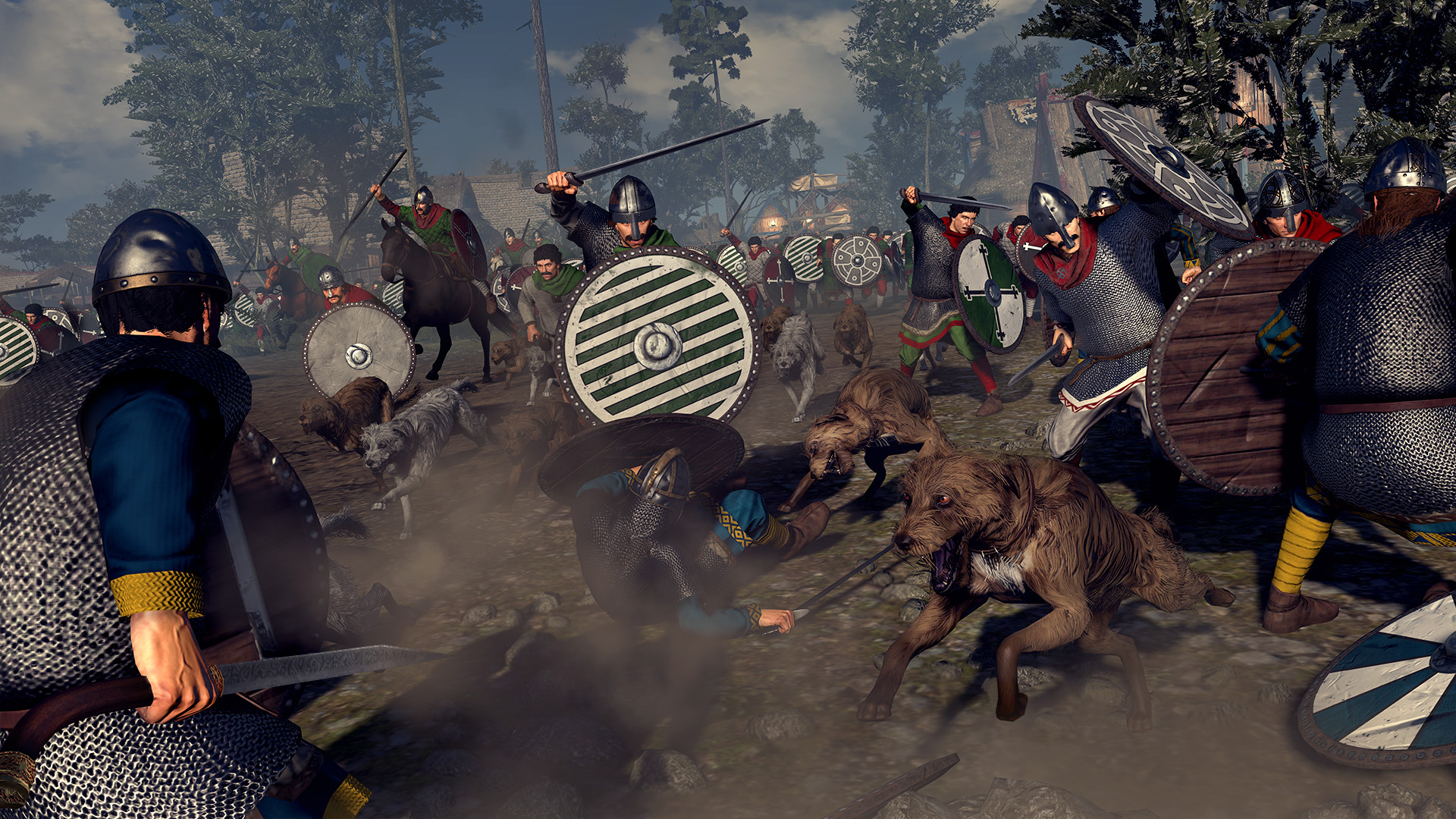 When Anglo-Saxons, Gaelic clans and Vikings clash in a huge battle, who wins? Well, history has kind of told us what happens but Total War Saga: Thrones of Britannia will let us play that out as well. A turn-based campaign with real-time battles, Thrones of Britannia follows the Total War formula to a tee. You choose a faction, create armies, negotiate alliances and go about conquering everyone. With a whopping 10 factions with unique leaders, numerous routes to attain victory and many updates to mechanics like politics, recruitment, dilemmas and whatnot, Total War Saga: Thrones of Britannia should deliver when it releases for PC on May 3rd. 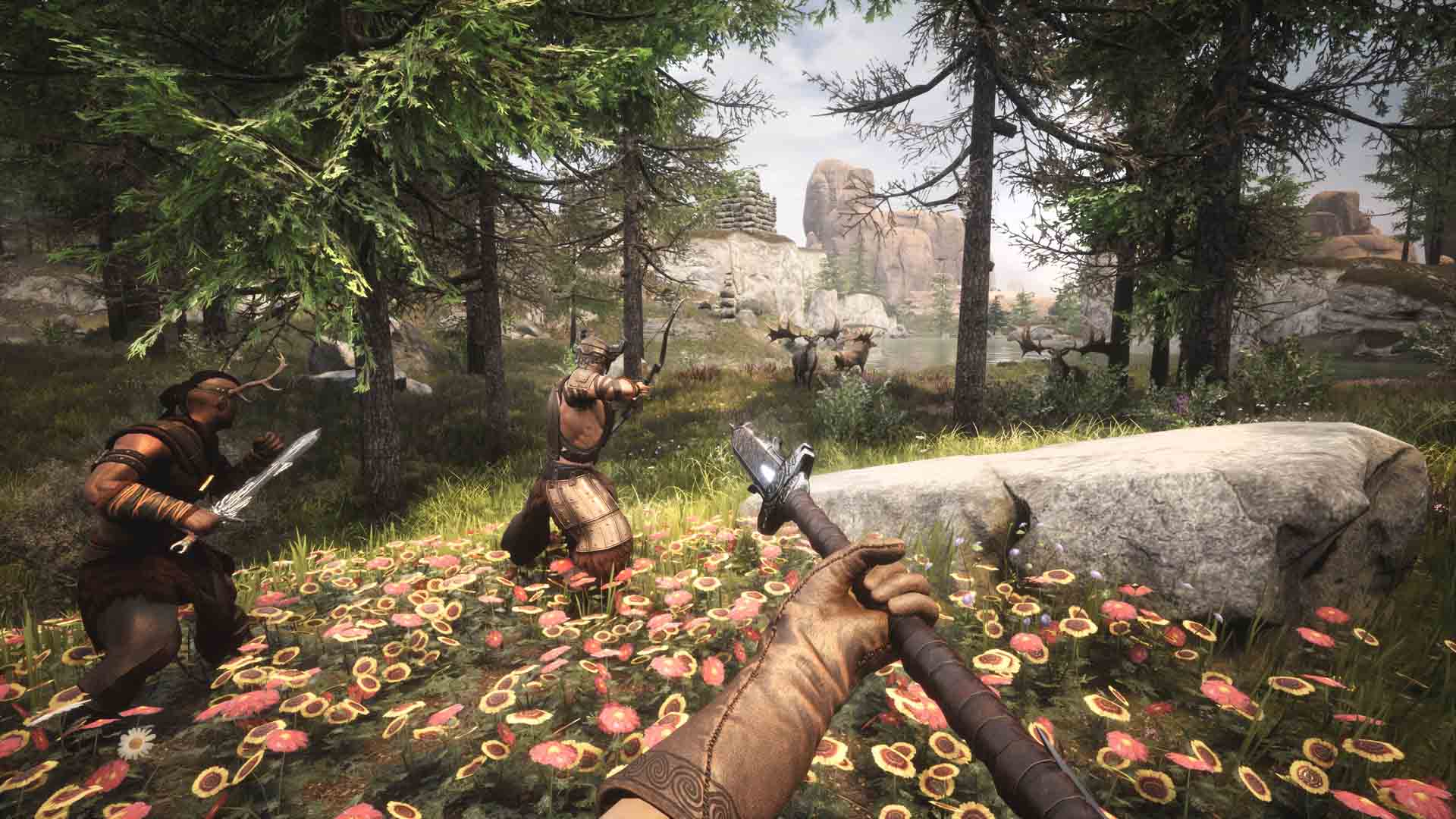 Conan Exiles hasn’t exactly had the smoothest early access period but it shows hope. The concept of surviving in the Hyborian Age, scavenging for food and water while making your way across a hostile land full of zombies, dragons and other enemies can be intriguing. Furthermore, any hostile NPCs you come across can be captured for various benefits as you chart out your metropolitan-like base. You can even use the power of your deity and command titanic avatars to crush enemies underfoot. Conan Exiles releases on May 8th for Xbox One, PS4 and PC. 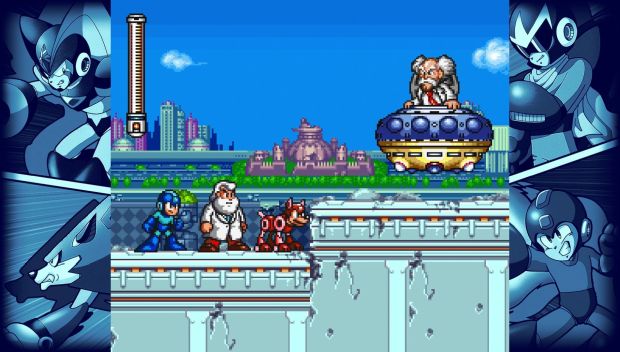 We’ve had Dark Souls: Prepare to Die Edition, Dark Souls 2: Scholar of the First Sin and eventually Dark Souls 3 to cap off the trilogy. What better place to go than back to the beginning? Developed by QLOC, Dark Souls Remastered will have improved visuals thanks to higher quality textures and a 60 FPS frame rate. There will also be support for 4K and an increased multiplayer cap to accommodate six players. The Nintendo Switch version, developed by Virtuos, sadly won’t be out in May but at least PS4, Xbox One and PC players can re-experience the classic on May 25th. 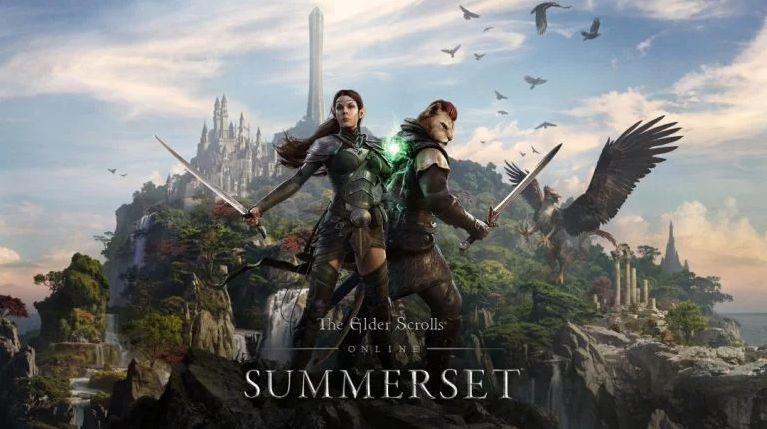 The Elder Scrolls Online continues to expand, this time with a new expansion Summerset. Releasing for PC on May 21st, Summerset will see players travelling to the home of the High Elves, open for the first time in history, and encountering such groups as the Psijic Order to potentially learn new abilities. Crafting will also be expanded to include Jewellery Crafting which will further feed into your power fantasy. Other new content includes a 12 player Trial, new World Bosses, Public Dungeons and the new Abyssal Geysers group challenge. 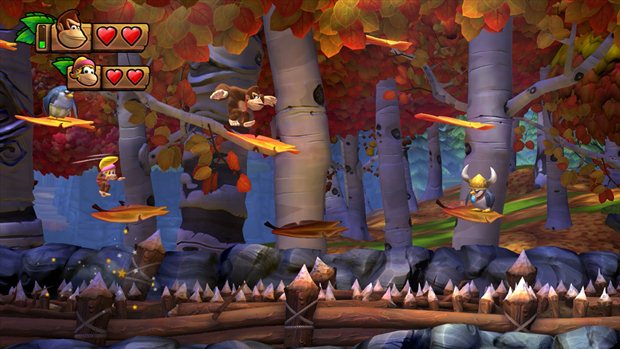 From its expert level design with distinct flow to its rewarding gameplay, Donkey Kong Country: Tropical Freeze is truly a classic that more players should experience. Fortunately, with the Wii U release coming to Nintendo Switch on May 4th, we’ll have a chance to do just that. The Switch version doesn’t sport a ton of new features but you can play as Funky Kong. He has five HP and can hover, double-jump, breathe underwater and more, which helps to ease one’s self into the adventure. Regardless if you own a Switch, there’s no reason not to pick up this stellar adventure next week.