A series like The Legend of Zelda which has a lot of games, most of them different from each other, evokes passionate responses from quite a few people. In a series which has had games as illustrious as A Link to the Past, Ocarina of Time, Majora’s Mask and Wind Waker, there are bound to be some disagreements amongst the fans as to which of these games is truly the best. Most people seem to agree that Ocarina of Time, commonly sited as the greatest game of all time, is the best, while there is an equally obstinate cult that claims that the SNES’ A Link to the Past is untoppable.

There are those who prefer Majora’s Mask’s dark and ominously foreboding, unexpectedly mature, apocalyptic theme, while a sect thinks that the more recent games- Wind Waker and Twilight Princess- are clearly the most refined.

In this absolute lack of consensus, GamingBolt has collated a list of what it thinks are the ten best Zelda games of all time, ranking them in order of preference.

10. The Legend of Zelda: Oracles of Ages/Seasons 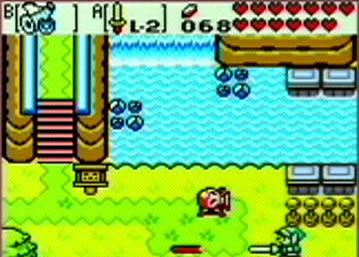 Being Capcom’s first foray into a series as celebrated as the Zelda franchise, and keeping in mind that The Oracle of Ages/Seasons was immediately following up the much acclaimed Majora’s Mask, the developers had their hands full. Not to mention the fact that Link’s Awakening, the first handheld Zelda game ever, was acclaimed to heaven and back. Obviously, the Oracle duo had a lot to live up to.

Going with a puzzle oriented gameplay with Oracle of Ages and a combat oriented outlook with Oracle of Seasons, Capcom aimed to please all types of gamers with their first attempts at The Legend of Zelda. Both the games were met with rave reviews, being acclaimed across the board. Not only did they keep the whole feel of the Zelda franchise intact, they kept up the exalted franchise’s heavenly legacy.

9. The Legend of Zelda: The Minish Cap 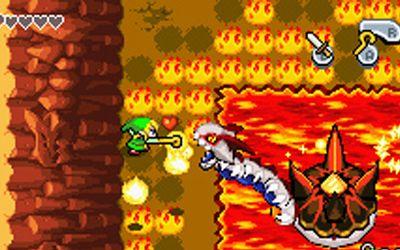 Ah, how can one ever forget this wonderful game? While it lacked several trademark aspects of a Zelda game- it was too short, yes, and it was much too easy to be classified as a Zelda game- it was certainly a very refreshing handheld Zelda outing. While it stuck to the traditional Zelda format, with the same dungeon based gameplay, it tried to mix things up a bit, and quite successfully at that. It carried on with the highly praised graphical style of the much acclaimed GCN Zelda title, Wind Waker, featured great dungeon design, a memorable soundtrack, and some new minor tweaks, which, in spite of being insignificant in the larger scheme of things, introduced some much welcome changes to the gameplay- the Kinstone system comes to mind.

Though Capcom never made any other Zelda game after this, The Minish Cap ensures that their legacy and contributions to this revered franchise are never forgotten.

8. The Legend of Zelda: Link’s Awakening 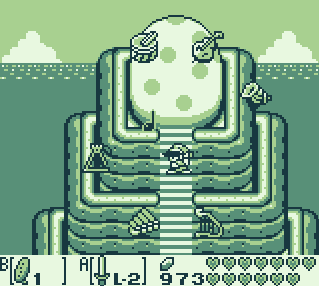 After Link’s superb SNES outings, people were wary of the impending Gameboy exclusive Zelda adventure. After all, how could an 8 bit system, weaker perhaps than even the NES, with a monochromatic screen, do justice to the 16 bit glory of A Link to the Past?

In more ways than one, it turned out. Link’s Awakening was every bit as compelling as A Link to the Past, and as full featured- in many cases, even more so. It was a meaningful evolution of the series, as it was the first instalment that introduced age old series concepts such as the trading cycle, fishing and jumping using the now well established Roc’s Feather. It also told a sad, deeply moving thought provoking story, which stands as one of the most unique in the series’ history. The Legend of Zelda: Link’s Awakening wasn’t just a worthy successor to the SNES adventure- in many ways, it surpassed it.

7. The Legend of Zelda The original game that started it all, the NES classic is arguably the most influential game of all time. From the get go, gamers knew they were in for something special, as the Zelda cartridge was, quite literally, pure gold, as opposed to the standard gray and black fare that were NES carts back then.

The original Zelda stands out for several reasons- it was the first console game where you could truly save your adventure. It was the first free roaming sandbox game, which allowed you to finish the game any which way you saw fit. It was, in fact, possible to reach the final boss of the game without even acquiring the sword, which was the game’s main weapon. The freedom the original Zelda allowed was unprecedented, and has since been very rarely replicated, since most modern games see it fit to place some kind of constraints on the player.

The Legend of Zelda is a wonderful game- requiring you to think before you move, and featuring a story that was actually very remarkable for the time, it stands as one of the most important titles ever created- a timeless pillar in the remarkable history of this prestigious series, of which, this game is the father.

6. The Legend of Zelda: Phantom Hourglass 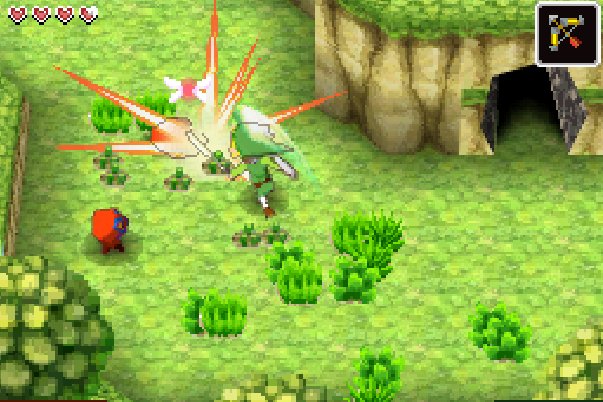 Link’s first outing on the Nintendo DS was indisputably divisive- to many, the simpler puzzles and the blander dungeon design was a big no-no, as the game ditched conventional controls and went the full touch screen control route in an attempt to appeal to as many people as it possibly could. What these people missed out, on, however, was one of the most fun titles ever created. Sure, as a Zelda game, Phantom Hourglass is arguably the single weakest entry in the franchise. However, it is notable for bringing to the table several other things, including adding a new spin to series staples such as bombs and boomerangs and fishing and archery. The story it told may not have been particularly epic, but it was told from the heart, and made you genuinely care for the characters.

Phantom Hourglass may not be the best Zelda ever, but it certainly is the most unique.

Stay tuned to GimingBolt, folks, for our Top 10 The Legend of Zelda Games Of All Time list is not yet over (well, you can see that, can’t you?)! Check back soon to see what the next five entries into the list are.

In the meanwhile, please tell out how you like the list thus far via your comments below!