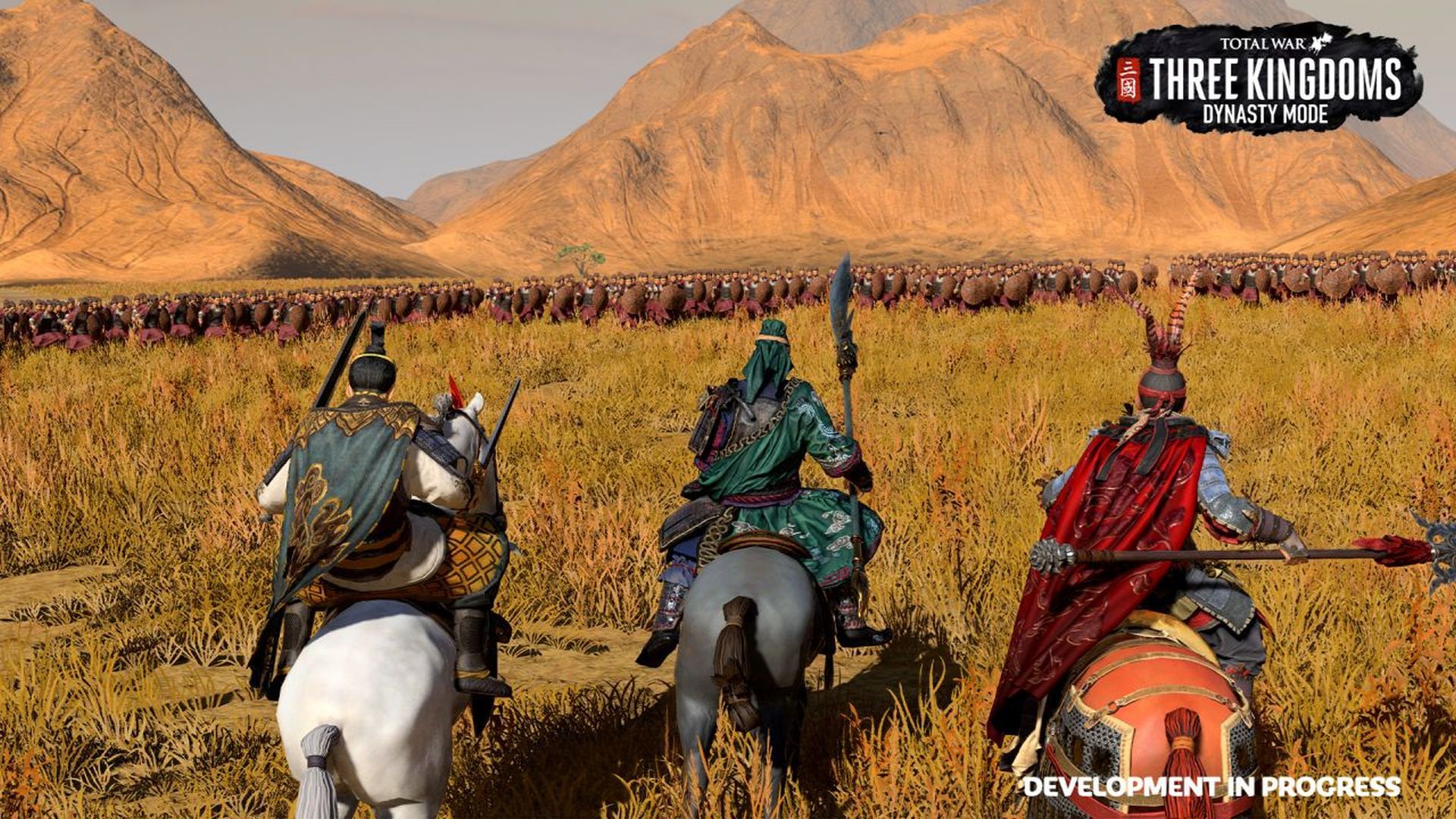 The Creative Assembly’s Total War: Three Kingdoms will see its first DLC Chapter Pack releasing on August 8th with Eight Princes. However, there will also be a free update that adds Dynasty Mode. In Dynasty Warriors-like fashion, it will see three heroes battling it out against tougher and tougher waves of enemies.

Is it Horde mode? Pretty much, yes. Heroes in Dynasty Mode are “legendarily powerful” and will have a “plethora” of abilities to utilize. These range from healing to area of effect moves that take down numerous foes at once. Eventually, as enemy numbers increase, a rival general will join the field every third wave to even the odds.

Defeating the generals earns extra points for acquiring new skills before the next wave starts. If you really want to up the difficulty, you can increase unit sizes from 80 soldiers per unit to 960 per unit. Stay tuned for more information on Dynasty Mode when it goes live next week.