Trek to Yomi Review – Way of the Samurai

Trek to Yomi might not be the most ambitious game from a gameplay perspective, but its gorgeous visuals and presentation make it a game worth experiencing nonetheless.

Trek to Yomi is a game that instantly demands your attention. Right from the very first second, its gorgeous graphics and Akira Kurosawa-inspired aesthetic lend it a visual identity that feels unlike almost anything else you’ll see in any other game (perhaps with the exception of Ghost of Tsushima’s Kurosawa Mode). Until the credits roll, that’s something that never loses its luster- which is good, because from a gameplay perspective, Flying Wild Hog’s 2.5D action-adventure game is a fairly simplistic and forgettable experience. Taking the good with the bad – or, more accurately in this case, the great with the fairly forgettable – this is a solid game that is just as capable of taking your breath away as it is of frustrating you with some sloppy gameplay issues and bland design choices.

Trek to Yomi sees you playing as Hiroki, a young samurai who is tasked by his dying master with protecting his village and its people from bloodthirsty bandits. It’s a game that, appropriately enough, is singularly focused on and dedicated to its Japanese aesthetic, bringing its Edo-period setting to like fantastically with everything from its music and voice acting to the environments you find yourself moving through.

Hiroki is a solid protagonist, and watching his growth from the young apprentice you see him as in the game’s introduction to the fierce samurai he becomes is a satisfying arc, especially as you see him trying to give everything he has to stand by his dead master’s final wishes to protect the village, as well as his daughter Aiko. Meanwhile, what starts out as a seemingly straightforward period Japanese setting slowly introduced fantastical elements of Shinto mythology, and the game slowly fuses those two elements together for what turns out to be quite a captivating story, even if it never jumps out as much more than that. 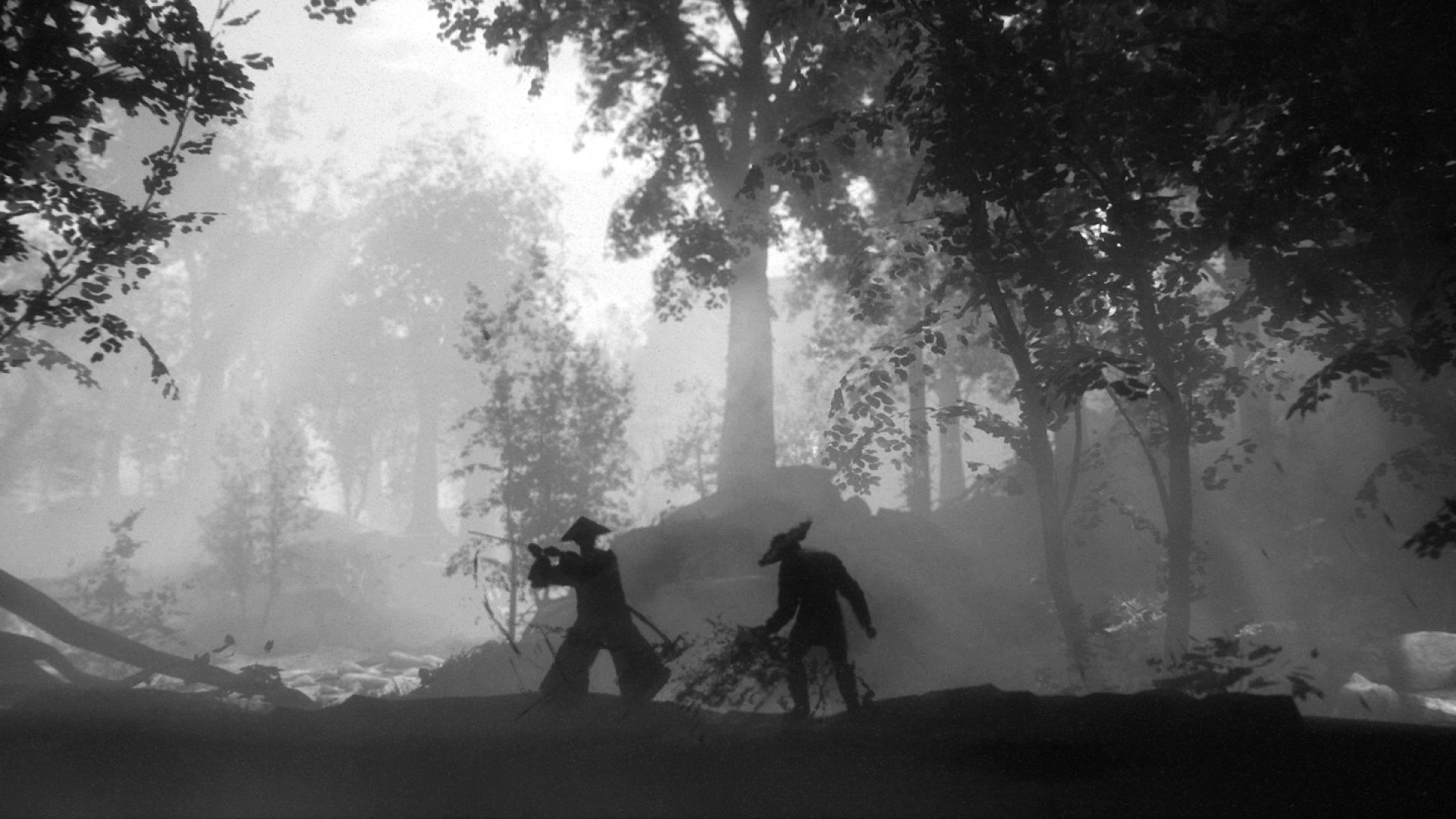 "Taking the good with the bad – or, more accurately in this case, the great with the fairly forgettable – this is a solid game that is just as capable of taking your breath away as it is of frustrating you with some sloppy gameplay issues and bland design choices."

What does stand out as truly exceptional is, of course, what the game looks like. Trek to Yomi is a completely black and white game, which is a clear attempt at replicating the instantly recognizable aesthetic made famous by legendary Japanese filmmaker Akira Kurosawa in his samurai masterpieces. Thankfully, the game understands that it’s not just the colour pallet that makes up that visual aesthetic, and exhibits visual flair and stylistic personality in other areas as well.

Wind, fire, and rain, for instance, are used to great effect, while the way each shot is framed feels incredibly deliberate and meticulous. Walking over rooftops of burning buildings while lightning streaks across the sky in the background, clashing swords with a bandit on a bridge while a river rushes below you, facing off against a foe in a clearing with your silhouettes contrasted against a vibrant backdrop- it feels like the game is constantly moving from one perfectly thought out screen to the next. The visual composition and framing of each new scene Trek to Yomi shows you cannot be praised enough, and wanting to see the next gorgeous sight in and of itself was more than enough to keep me hungry and motivated to keep moving forward. Trek to Yomi is a game with an incredibly unique visual identity, one that does justice to its exciting premise in every way possible.

It’s good that the game is as thoroughly successful in that area as it is, because actually playing through it isn’t nearly as fun. Don’t get me wrong, Trek to Yomi’s gameplay isn’t bad by any means- but where the cinematicism, visuals, and presentation of the game are second to none, on the gameplay front, it’s fairly middling and forgettable- serviceable and passingly fun at best, sloppy and monotonous at worst. And nowhere is that disparity as abundantly apparent as it is in the game’s combat. 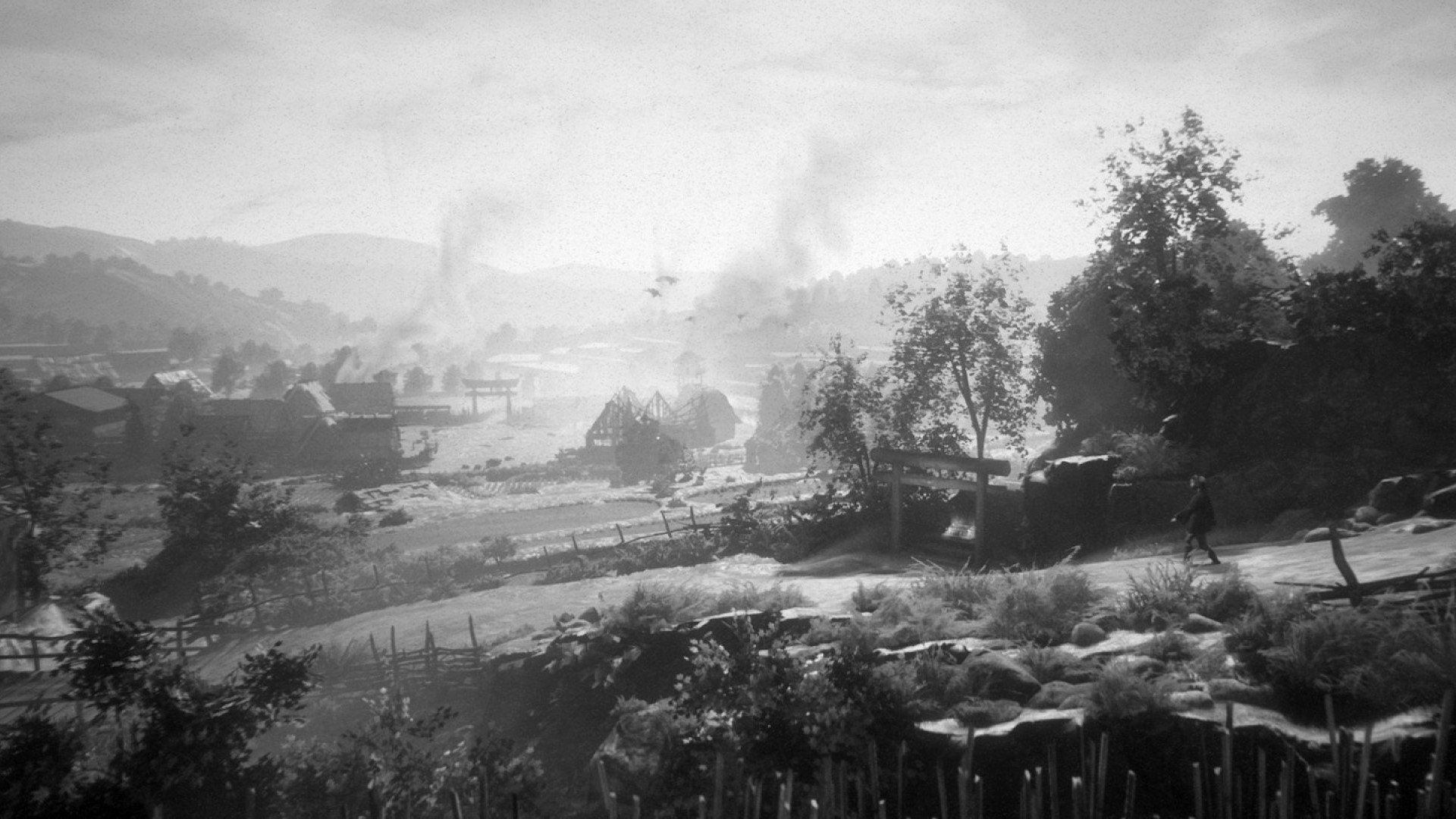 "The visual composition and framing of each new scene Trek to Yomi shows you cannot be praised enough."

That’s the area where Trek to Yomi disappointed me the most. I went in expecting a tight combat system that would emphasize precision, patience, and agility. On paper, that is what it attempts to do, but it ends up fumbling at times in execution. From light attacks and heavy attacks to blocks and parries, Trek to Yomi gives you all the tools you would expect of a samurai game, while over time, your moveset and arsenal also grow bit by bit. You learn new moves, new techniques and combos, and also pick up a couple of weapons along the way, such as a bow and shurikens.

Unfortunately, however, I very rarely felt like the game encouraged me to make full use of everything I had at my disposal. More often than not, I found it all too easy to button mash my way through enemies, which is disappointing for a game that says it wants you to be precise and lethal with your attacks. There are a times when the game throws specific enemy types at you or puts you in the middle of scenarios where you’re encouraged to use specific moves or weapons, but such situations was far less common than I would have liked- especially when compared to the seemingly non-stop barrage of grunts who required very little skill and thought on my part.

Meanwhile, attacking, blocking, and parrying never quite feel as tight and responsive as I would have wanted them to. Parries in particular felt sloppy, and very rarely did I feel like I could rely on the game to act in a consistently readable manner when it came to being able to time blocks and parries effectively. Turning around during combat to face the opposite direction also tends to feel a little unresponsive and sloppy, which can be particularly annoying when you find yourself surrounded by charging enemies on both sides. Executions, at least, are brutal to watch and fun to pull off, but even outside of that, attacks never quite land with the oomph that you would want them to. 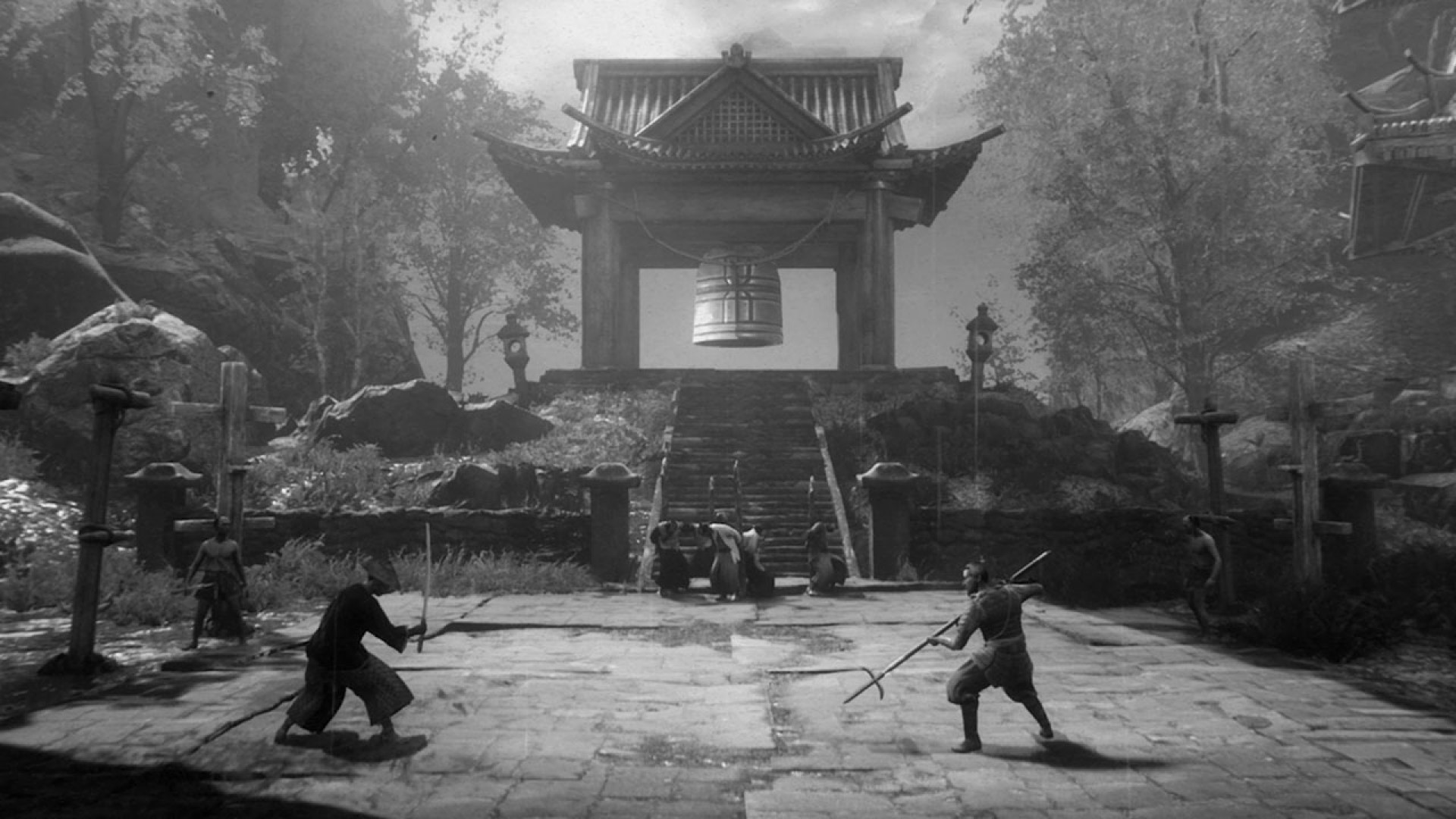 "Where the cinematicism, visuals, and presentation of the game are second to none, on the gameplay front, it’s fairly middling and forgettable- serviceable and passingly fun at best, sloppy and monotonous at worst."

Outside of combat, laser-focused as it is on delivering a cinematic experience, it make sense that Trek to Yomi is a fairly straightforward playing experience, and within that framework, it does its job well enough. When you’re not in combat, you occasionally get the chance to explore optional areas, rooms, and screens, which can net you with various kinds of discoveries, including new attacks, collectibles, or health and stamina upgrades. Exploration is never too deep or expansive, but what’s there is enough to encourage you to go through your surroundings at your own pace and see what’s on offer outside of the critical path. Meanwhile, Trek to Yomi also has multiple endings, along with a one-hit one-kill mode that’s unlocked upon finishing the game, which means that even though it shouldn’t take you more than 4-5 hours to get through the story, there’s a decent amount of content here to keep you occupied for a little longer.

How much you enjoy Trek to Yomi will depend largely on how much you care about its visuals and its presentation. If you’re going in purely for its design or gameplay, you’ll likely find the experience underwhelming for the most part. However, the game looks so unbelievable good from beginning to end that even if you don’t ordinarily care about that stuff in games, it’ll be hard not to be impressed by what’s on offer here. For that reason alone, I’d say this is a game well worth playing- because even if there are some caveats to that, there’s no denying that something this unique and gorgeous needs to be experienced.

A little too simplistic; Combat can be disappointingly mundane and often sloppy.

Final Verdict:
GOOD
Trek to Yomi's outstanding visuals and presentation are quite enough to make up for its fairly straightforward and simplistic gameplay.
A copy of this game was provided by Developer/Publisher/Distributor/PR Agency for review purposes. Click here to know more about our Reviews Policy.