Developer to “write the next chapter” at San Diego Comic Con. 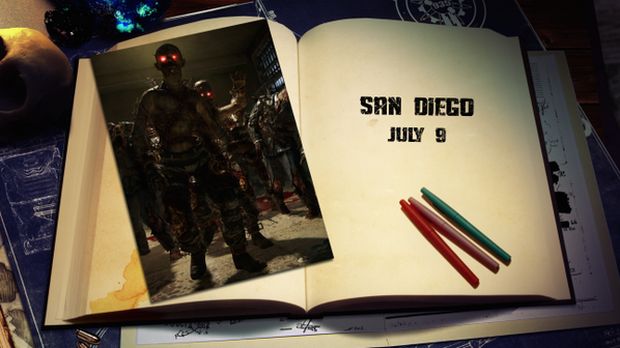 Treyarch’s Call of Duty: Black Ops 3 already revealed its multiplayer at E3 2015 along with the announcement that PlayStation consoles would be receiving DLC content first. Now the studio has announced a reveal for the new Zombies mode on July 9th in San Diego. This is the day the San Diego Comic Con will be kicking off.

Call of Duty: Black Ops 3 already switches up its multiplayer by introducing several Specialist classes consisting of unique characters and their abilities as opposed to letting players create their own classes. There’s still some range of customization though especially in the Specialist’s appearance. How will Zombies in Black Ops 3 differ from previous Call of Duty games? We’ll find out on July 9th it seems.

Call of Duty: Black Ops 3 will release on November 6th for PS4, Xbox One, Xbox 360, PS3 and PC. It takes place 40 years after the events of the first game and feature several new future-based mechanics including wall-running, robotic abilities and more.