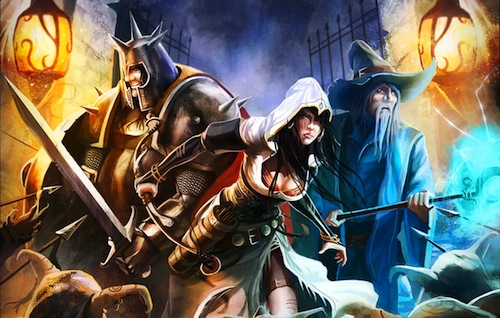 Good news for indie gamers and Trine fans: XBox Live lists Trine 2 on it’s “Deal of the Week” discounts for 600 Microsoft Points. That’s nearly 50% off of the original asking price. The offer is valid until July 2nd, so if you haven’t already, head on over to XBox Live and give it a whirl.

There are also signs that XBLA users in Australia and New Zealand will finally have a chance to indulge in some medieval madness. Though not officially released, many users have confirmed being able to purchase and play Trine 2.

Developed by Frozenbyte and published by Atlus, Trine 2 is a fast-paced action platformer requiring the ingenuity of three separate classes to progress. This is expanded further in the cooperative mode, which allows each player to control a different class.

Trine 2’s innovative gameplay and clever mechanics have made it a critical favourite and one of the better examples of indie gaming.