A new trailer for Two Point Campus is celebrating graduation just days before the game launches on PC, PS4, PS5, Xbox One, and Xbox Series X/S. 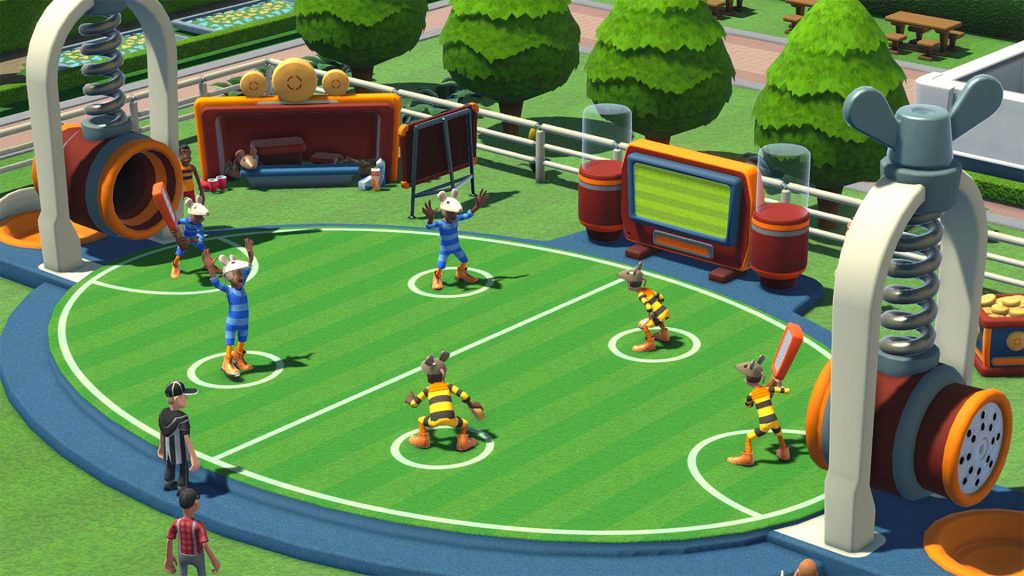 Two Point Studios has released a new launch trailer for its upcoming university management sim Two Point Campus. The trailer shows off an emphasis on the goofy sense of humour for the game. Check it out below.

The trailer shows off some of the facilities that can be built in Two Point Campus, with examples including a cauldron for some sort of magical potions class and an obstacle course for spy training.

The trailer also gives us glimpses of the bizarre sport of Cheeseball from Two Point Campus—a sport which was further detailed in an earlier trailer.

Two Point Campus is currently available for pre-orders, and will be coming to PC, PS4, PS5, Xbox One, and Xbox Series X/S. The game will also be available through Xbox Game Pass and PC Game Pass on its release date of August 9.

Pre-ordering Two Point Campus will net you a “U” Topiary for decorating your garden, the Fountain of Knowledge, and the Pearl of Wisdom. Those who already own Two Point Hospital will also get decorative extras, including Knight’s Armour, a Wizardry Cauldron, and a Chef’s Outfit.