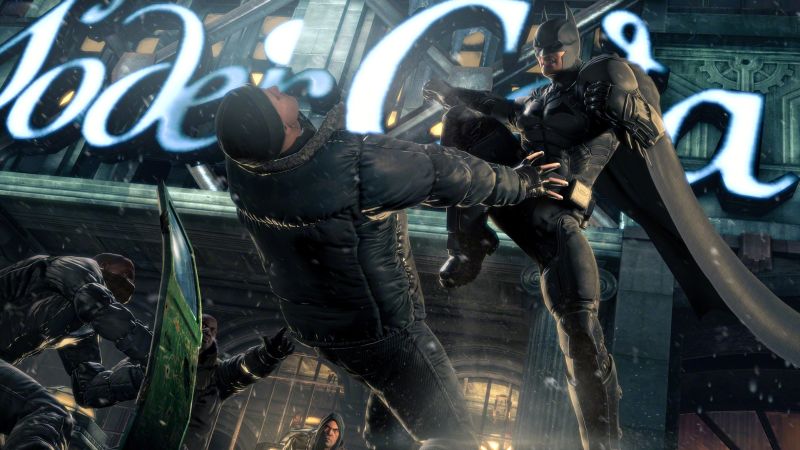 Despite the critical reception which is decidedly less positive in comparison to Arkham City, WB Games Montreal’s Batman: Arkham Origins debuted at the number one spot in the UK, beating out the reigning Grand Theft Auto 5 in the process according to the latest UKIE Game Charts courtesy Gfk Chart-Track.

While GTA 5 is in second place, FIFA 14 has dropped down to third place. The game’s next-gen releases are due next month for the PS4 and Xbox One, so expect EA Canada’s latest to shoot up the charts again soon. Meanwhile, Skylanders Swap Force is at fourth place, followed by Pokemon X & Y at fifth and sixth place respectively.

This is followed by Minecraft: Xbox 360 Edition, Lego The Lord Of The Rings, Moshi Monsters: Katsuma Unleashed and Just Dance 2014 occupying the remaining spots on the list. Assassin’s Creed IV: Black Flag and Battlefield 4 are scheduled to release this week so it will be interesting to see how long Batman: Arkham Origins maintains its top spot. Stay tuned.