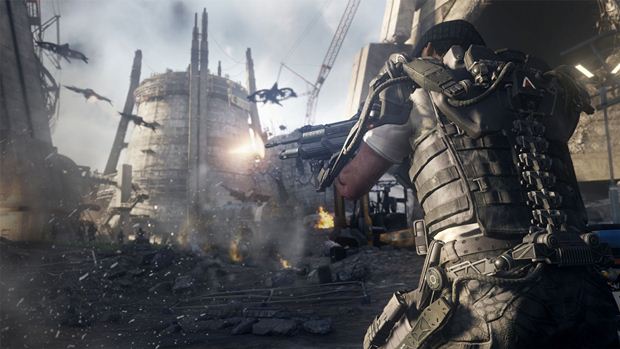 Talk about your ongoing Christmas war – Sledgehammer Games’ Call of Duty: Advanced Warfare is the number one selling title across all platforms for the past week in the UK according to the latest UKIE media charts (courtesy of Gfk Chart-Track).

This comes right after EA Sports’ FIFA 15 was the top game a week earlier. The sports title is now in second place followed by Grand Theft Auto 5, which recently released for Xbox One and PS4, at third place. Far Cry 4 occupied the fourth position and Assassin’s Creed: Unity came in fifth place.

The remaining titles include The Crew, Ubisoft’s racing MMO; Bungie’s Destiny, its persistent online shooter; Minecraft on the Xbox and PlayStation; and LEGO Batman 3: Beyond Gotham. Of the several games listed, it appears that popularity in Destiny has gone up in the past week.

What are your thoughts on Call of Duty: Advanced Warfare being on top again? Let us know in the comments.