Meanwhile, Battlefield 4 is in seventh place for the first time. 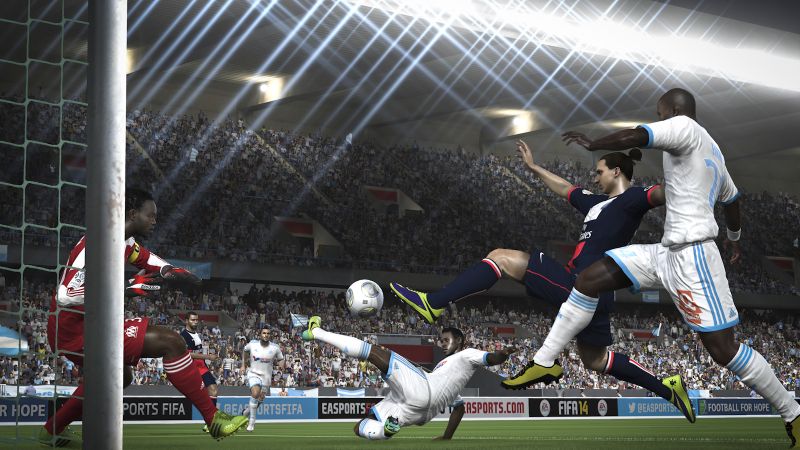 EA Sports’ FIFA 14 saw a rare defeat when Tomb Raider: Definitive Edition debuted in the UK, but is now on top again in this week’s UKIE Game Charts, courtesy Gfk Chart Track. This is despite the fact that sales are down 22 percent from the previous week.

Tomb Raider: Definitive Edition has meanwhile fallen to fourth place with sales down by 75 percent. The popularity of the original game, released in March 2013, was enough for it to stay in the top 10 for months at time. Will the same be true for the HD remake?

Call of Duty: Ghosts is second place as usual while Fable Anniversary debuted this week at third. LEGO Marvel Superheroes reigns supreme at fourth place while GTA 5 maintains its spot in fifth. Perhaps the second biggest change is that Battlefield 4, which has always been in the top 5, is now at seventh place.

Minecraft: Xbox 360 Edition comes in at eighth while Killzone: Shadow Fall is ninth and Assassin’s Creed 4: Black Flag is at tenth. Thoughts?