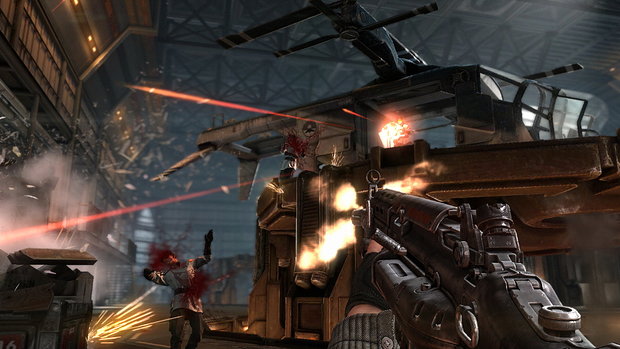 According to the latest UKIE Media Charts courtesy of Gfk-Chart-Track, Machinegames’ Nazi-killing bonanza Wolfenstein: The New Order is the number one selling game across all formats in the UK. It nudged out last week’s number one entry FIFA 14 (which fell to third place), while number two entry Titanfall fell to the fourth place.

Meanwhile, Minecraft: PS3 Edition managed to rise up to third place. 2014 FIFA World Cup Brazil is in at fifth place followed by Call of Duty: Ghosts at sixth. Minecraft: Xbox 360 Edition slipped several place to seventh place and The Amazing Spider-Man 2 continued its descent, coming in at eighth place. Battlefield 4 remains static at ninth while The LEGO Movie Videogame is in at 10th place.

It will be interesting to view these week’s top 10 in the UK especially since Watch Dogs debuts across all current and previous gen consoles (barring the Wii U). Have you picked up Watch Dogs yet? Let us know what you think in the comments below.