Posted By Rashid Sayed | On 08th, Nov. 2009 Under Editorials | Follow This Author @GamingBoltTweet

Well in 2006 Sony announced a game which will be totally packed with action oriented scenes. The game was know as Eight Days, but unfortunately the game was canceled since Sony wanted to concentrate on other major gaming products. Just recently it was revealed that game might not have been canceled . No one knows when this game will actually come out, but we at GamingBolt.com analyze the game and found some similarities with Uncharted 2. Now before I go ahead, I must say that ripping off a great game and making it better is not a bad thing. But I am really surprised on how these two games match in gameplay and other factors.

The PlayStation 3 is a power house. A game like Uncharted 2: Among Thieves has raised many questions that whether developers are able to use the PlayStation 3’s power to the maximum. But having said that Uncharted 2 is one of the most stunning looking video games this generation and it was developed by a first party developer of Sony. Eight Days will obviously be developed (or is under development) by SCEE, so its no brainer that Sony might actually ask for help from Naughty Dog after what they achieved with Uncharted 2: Among Thieves. The PlayStation 3 is still in its third year and I still believe there is a lot of potential left and I don’t think that Uncharted 2 maxed out the PlayStation 3. Well it might have been close but not a 100 percent. 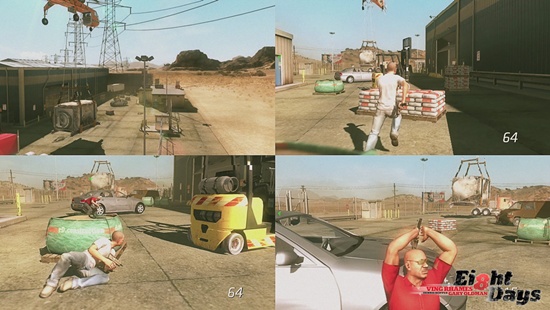 If SCEE can achieve superior animations and character modeling; better than what Uncharted 2 was able to do with Eight Days, than we are in for a major treat. If you look closely at the video above, the animations of Nathan Drake and the protagonist in Eight Days are very similar. Of course the animations are bit bland in Eight Days since this its a footage very early from development. 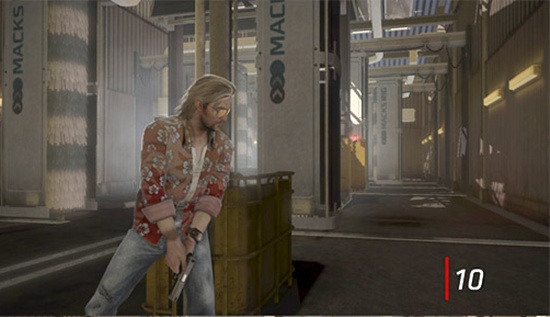 Cover system and shooting mechanics are very much similar as well

Uncharted’s strongest point was the gun play mechanics and the puzzles in the game. Nathan Drake can take cover, pop out and shoot. He was also able to go in “Over the shoulder” view and shoot enemies. Now again if you saw the first video, the protagonist in Eight Days can take cover (with very similar animations), pop out and shoot out, and also switch to over the shoulder view. Well like Nathan Drake, the protagonist can also jump over obstacles, shoot blindly and change positions from cover to cover.

Just like Uncharted 2, the action is expected to be intense in Eight Days. If you see the video above, the truck just rams in to a number of cars, which really showcases the power of the PlayStation 3 once again ( and this is a pre production video!) and ends with a spectacular explosion. Also in the first video two unknown characters jump off to a huge barricade which is than lifted by a helicopter and crashed on the roof top of the building. So just like Uncharted 2, Hollywood style action can be expected. 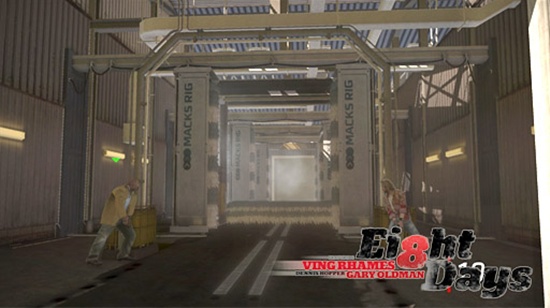 Wow! This looks like a complete rip off. The two guys in the first video, fight off hordes of enemies, and they seem to help each other which is obvious in a co-op mode. Now for people who have played Uncharted 2 very well know that there were times in the game where you were accompanied by Chloe, Sully or Elena. And now the old footage of Eight Days also indicates the same thing. You are going to be accompanied by someone throughout the game.

What do you guys think? Let us know in the comments section below.