Uncharted 2 to 3 is a “narrow jump” visually- Naughty Dog 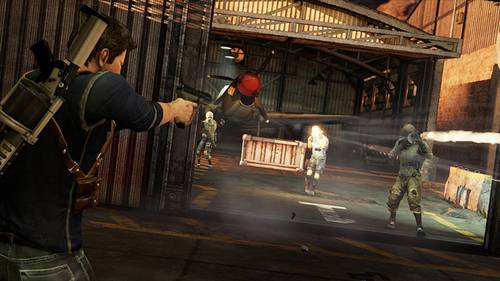 Everyone who played Uncharted 2 after having played the first game would definitely have noticed a massive jump in terms of visuals. Naughty Dog wants to warn you that Uncharted 2 to 3 will not be as big a jump, but it’ll be a jump nonetheless.

Uncharted 3 director Justin Richmond has told SPOnG that the game isn’t “an incremental update – we did change lots and lots of things – but graphically speaking, it’s not going to have the same gap” as compared to Uncharted 1 and 2.

“Uncharted 2 to 3 is still a jump, but its a narrower jump,” he continued. ” And going forward, it depends on what we do. There are always ways to improve stuff, always ways we can pull out more stops… like changing optimisations, changing streaming animations, getting more polygons on screen, progressive mesh.

“But I don’t think you’ll ever see that same jump again, at least on a PlayStation 3. There was just so much power left over in the PS3 when we made Uncharted 1, that we figured out how to use and really took it to town when developing Uncharted 2.”