Yarny's world is absolutely worth visiting.

As you’ll immediately notice upon firing up Unravel Two, the number two isn’t an actual numerical digit, or even a roman numeral like we would normally expect to see in video games, but rather spelled out. This of course helps drive the point home that, in this game, there are two playable characters, and the game does rely on co-operative play to get through most of the puzzles. Whether that’s with two players or one, switching back and forth. It’s obvious from the get-go that the developers wanted to make it fun to play with a friend or on your own, but as is generally the case with games like this, that perfect balance proves to be elusive.

Ultimately, Unravel Two does feel more like a co-op spin off than a true sequel to the original, which may not be a problem for many, but I couldn’t help but wonder what else might have been achieved if the developers spent their time on experimenting with level design generally, instead of putting themselves in the box of needing to construct everything around two-player cooperation. Admittedly, they did get respectably close with striking the balance between making a co-op game and also a game that can also be played solo, as Yarny can latch on to another Yarny at any time, controlling like one character. This makes traversal between the challenges seamless. You still need them separated to get through the bulk of the puzzles though. You can also change their yarn color, which I thought was a nice touch and I found myself experimenting with that far more than I had any right to. 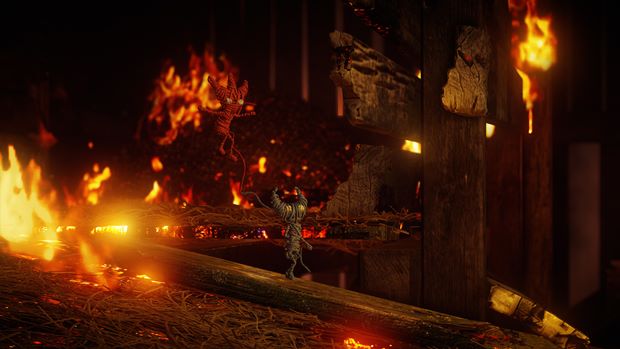 "A well thought out hint system is a nice addition as well, and can pull you out of most of those intellectual slumps that puzzle games eventually put most gamers in from time to time, while also providing a sense of direction and clearly illuminating your goals."

I was very relieved to notice that the general aesthetic of the original game is fully intact. It’s important to note that most of the fundamentals that made the first game so memorable did make it into this sequel, including the fetching look of such shallow depth of field, adorable visuals and art design, and an emotional soundtrack that guarantees to elicit vague feelings of childhood wonderment from anyone who’s heart isn’t completely made of stone. There is also a subtle fleeting sense of eeriness that comes and goes, which adds some welcome emotional texture to the overall experience.

A well thought out hint system is a nice addition as well, and can pull you out of most of those intellectual slumps that puzzle games eventually put most gamers in from time to time, while also providing a sense of direction and clearly illuminating your goals. On top of that, the sheer amount of content from story levels to bonus stages is quite a bit more than I was expecting, and should keep fans of this world coming back to it for longer they probably expected. The puzzles themselves did get a little repetitious for me after a few hours though. Perhaps, this is just a side effect of it being a puzzle game with such a clear style, as there are only so many combinations of the same puzzle elements that can be created, but at the same time I would have appreciated one or two more puzzle types to keep things a little more fresh. However, the combination of refinement over the original game and sheer quantity of content is still a great trade for the friendly price.

The controls feel a little tighter this time around, but still have that same near perfect harmony between the bounciness of LittleBigPlanet and the raw precision of Super Meat Boy. Its a nice space to occupy for a puzzle platformer and I wish more games would. Controlling Yarny and other Yarny feels great, and guiding them through the various stages is every bit the whimsical delight it needed to be. 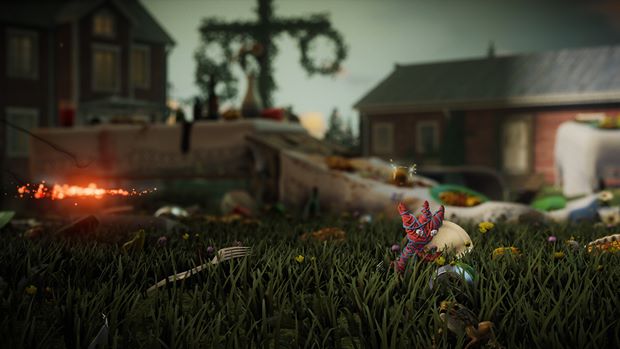 "Clearly the team behind Unravel is capable of better storytelling than this, and I was a little disappointed to see how minimal and ineffective it ultimately was."

One thing I couldn’t shake though was the feeling that the puzzles themselves were just meant to be played with two people. Switching back and forth between Yarnys while playing solo certainly gets things done, but it just doesn’t feel like the way the levels shouldbe played. I guess it’s just in the game’s DNA to have two independent players to maximize the experience. While I can tell lots of thought went into making the game fun both ways, playing the game solo just makes it feel like less of a return to the world of Unravel and more like trying a different flavor of it. This might turn you off a bit, it might not, but personally I would say it distracted me more than a few times during my solo play sessions. On top of that, there are some long stretches where you might detect some repetition, which is a feeling I don’t remember having in the original.

Sadly, the background story about two kids escaping from some sort of ambiguously unpleasant home life fell pretty flat for me, and just doesn’t add much to the experience. I suppose it further drives the concept of cooperation and friendship into the game thematically, but other than that it basically had no effect on me, and I feel like this is another area of the game that probably could have benefited from gettingsome  more attention and really felt like an opportunity missed, especially considering how moving the story of the original was.

Clearly the team behind Unravel is capable of better storytelling than this, and I was a little disappointed to see how minimal and ineffective it ultimately was. There just isn’t much to analyze here, and even though it is presented to us in a tasteful, and at times endearing way, I just never felt connected to it at all. Granted, the story isn’t really why you should play Unravel or Unravel Two, you should be playing these games for the atmosphere and the gameplay, but it would have been nice to see the story make me feel an ounce of what the original’s did. 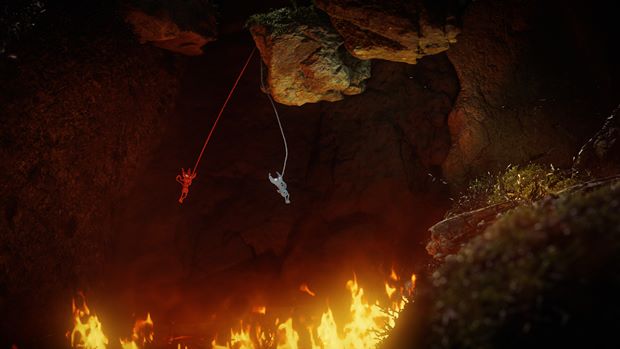 "The puzzles are often satisfying to figure out and pitch perfect when it comes to difficultly, the musical score is outstanding, and the overall presentation continues to make Yarny stand out in a very old and crowded genre."

Because of the solid foundation that original built, Unravel Two gets far more things right than it gets wrong, and the things it gets wrong aren’t even that wrong. Ultimately, it might feel slightly more derivative than fans were expecting from the first sequel to the original, especially considering that nobody was really complaining about the original’s lack of a two-player mode, but it largely serves up its changes to the formula with finesse and care, minimizing any negative side effects of them.

The puzzles are often satisfying to figure out and pitch perfect when it comes to difficultly, the musical score is outstanding, and the overall presentation continues to make Yarny stand out in a very old and crowded genre. Faltering only in small ways on occasion, the second outing into Yarny’s world is still absolutely worth having, and if you want to get the most out of it, share the experience and bring along a good friend.

Unravel Two pulls off a lively and satisfying co-operative experience while preserving most of the charm of the original.

While gameplay is generally improved from the original on a mechanical level, the background story feels somewhat shallow and gives the impression that it only exists because the original game had one.

Final Verdict:
GREAT
Unravel Two takes some respectable risks with making a charming and competent cooperative experience, but pays the price by feeling more like a whimsical diversion than a true sequel.
A copy of this game was provided by Developer/Publisher/Distributor/PR Agency for review purposes. Click here to know more about our Reviews Policy.