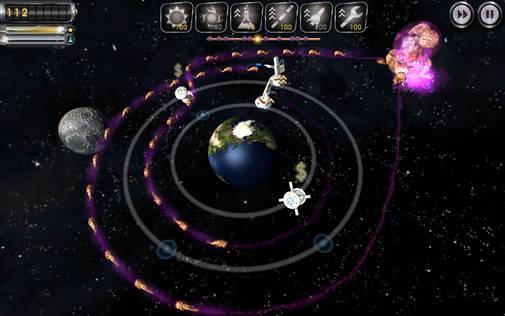 To celebrate the launch of Unstoppable Gorg Free, Futuremark Games Studio has announced the ‘Sci-fi Super Sale’, a weekend-long event starting today that sees the full game reduced by 60 percent to $1.99 from its regular price of $4.99. The sale ends midnight Sunday.

Unstoppable Gorg is a revolutionary tower defense game that challenges you to defend the solar system from fearsome aliens by sending satellites into orbit. Unlike tower-based defense games, in Unstoppable Gorg you can move your satellites by rotating the orbits that surround planets, moons and space stations.