The games industry is experiencing an interesting shift at this point in time, with a litany of new studios being formed by veterans of the industry. This is due in large parts because of an abundance of venture capital money being pumped into the creation of new ventures in the games industry. What happens is that some of these firms essentially poach high-ranking veterans of the industry in order to form a new studio which leads to departures that prove detrimental to other franchises, but the silver lining to it is that fans get to experience more games and new studios can actually develop the game they want to make, instead of pumping more entries into the same franchise.

Furthermore, modern technology has allowed for a more streamlined development process, and those taking advantage of it are now able to craft experiences that rival the best of the best in a fraction of the AAA budget. We have had games like Kena: Bridge of Spirits, and even more coming in the near future such as Black Myth: Wukong, Faith of Danschant: Hereafter among others. However, one game that looks mighty interesting and might have slipped under the radar of many fans is PIONER.

PIONER is an open-world action MMORPG being developed by GFA Games. PIONER is also the studio’s first venture into AAA development, and while budgets for the game aren’t known as of now, it’s certainly looks ambitious. With PIONER, developer GFA Games wishes to combine a single-player campaign, an ever-changing open-world, as well as an MMORPG under one single roof. The game is currently in development for PC, and GFA Games is targeting a Q4 2021 or Q1 2022 release, although hitting store shelves in time for the former seems a highly unlikely prospect.

PIONER will see players taking control of a former operative, who somehow survives a technological disaster following which the open-world has been shredded to ruins and a shadow of its former glory. Of course, it doesn’t take a genius to guess where the inspirations lie, but like STALKER – there’s great attention to detail in the authenticity of its environments which is one of the most crucial parts for nailing the atmosphere of a post-apocalypse. The plot, however, revolves around finding your fallen comrades and investigating a mystical station, which should hold plenty of interesting secrets for players to unfold. 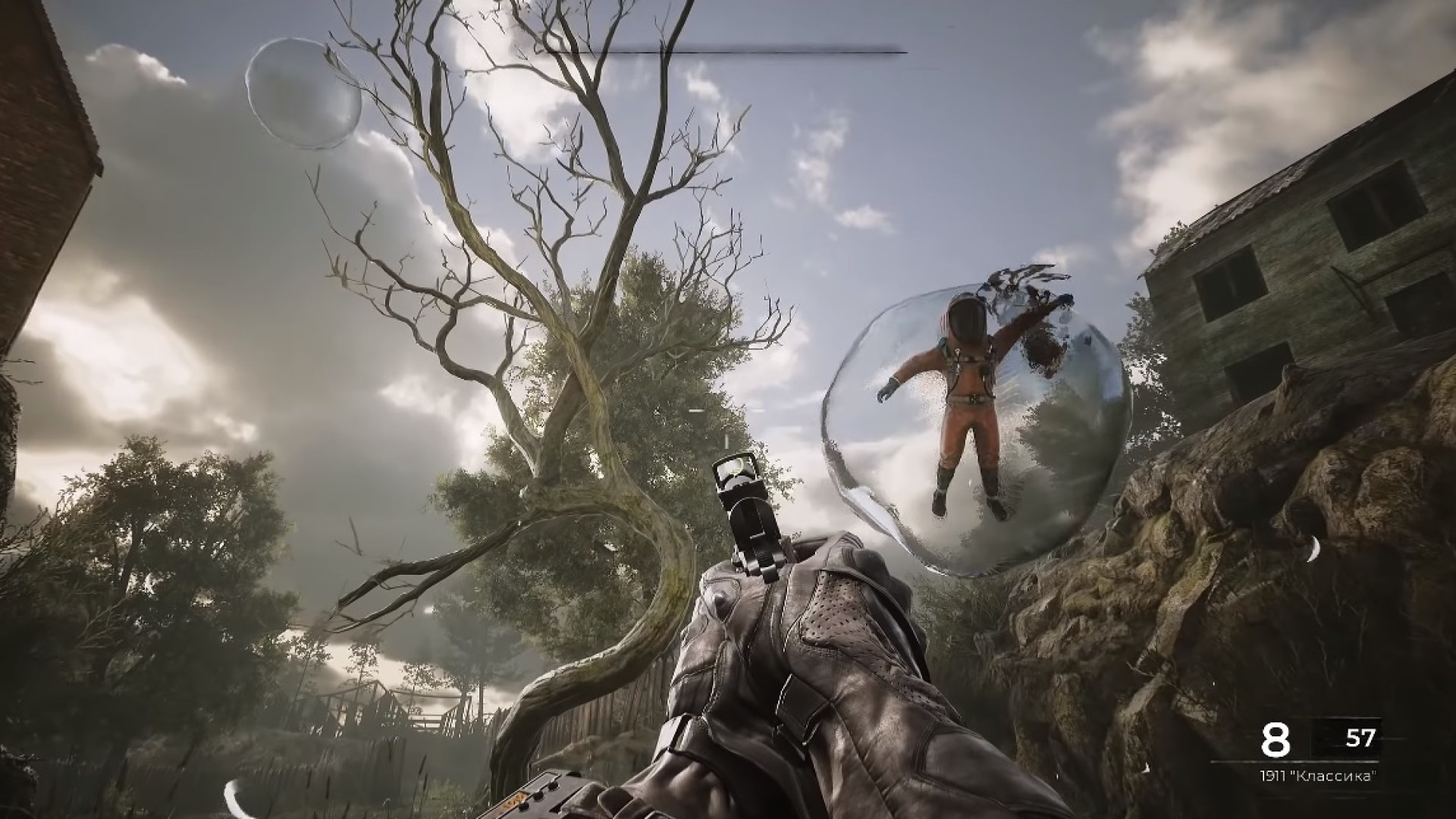 PIONER looks absolutely gorgeous, the environments and character models are highly detailed with a number of subtle details that all add to the realism that the game seems to be pushing for. The overall atmosphere is drab and macabre, which is achieved thanks in large parts to the abundant use of muted themes such as green, brown, and grey. The reflections and lighting are equally fantastic, although it isn’t confirmed whether the game would be using ray-traced reflections or not. The trailer doesn’t show any signs of the game using that technology, but of course, things could definitely change in the future.

While the story could be a promising aspect of the experience although details remain scant for now, PIONER’s biggest attraction is its gameplay. Post-apocalyptic shooters have a reputation of being slow and methodical, with a laid-back pace coupled with guns lacking in feedback and punch. PIONER, however, breaks free from these norms to provide more action and a fast-paced experience. The combat is extremely brutal, and guns feel like they have a satisfying punch to them. The game’s overall pace seems more akin to modern action shooters instead of STALKER, which is of course – a nice change of pace from what players are accustomed to from the genre. 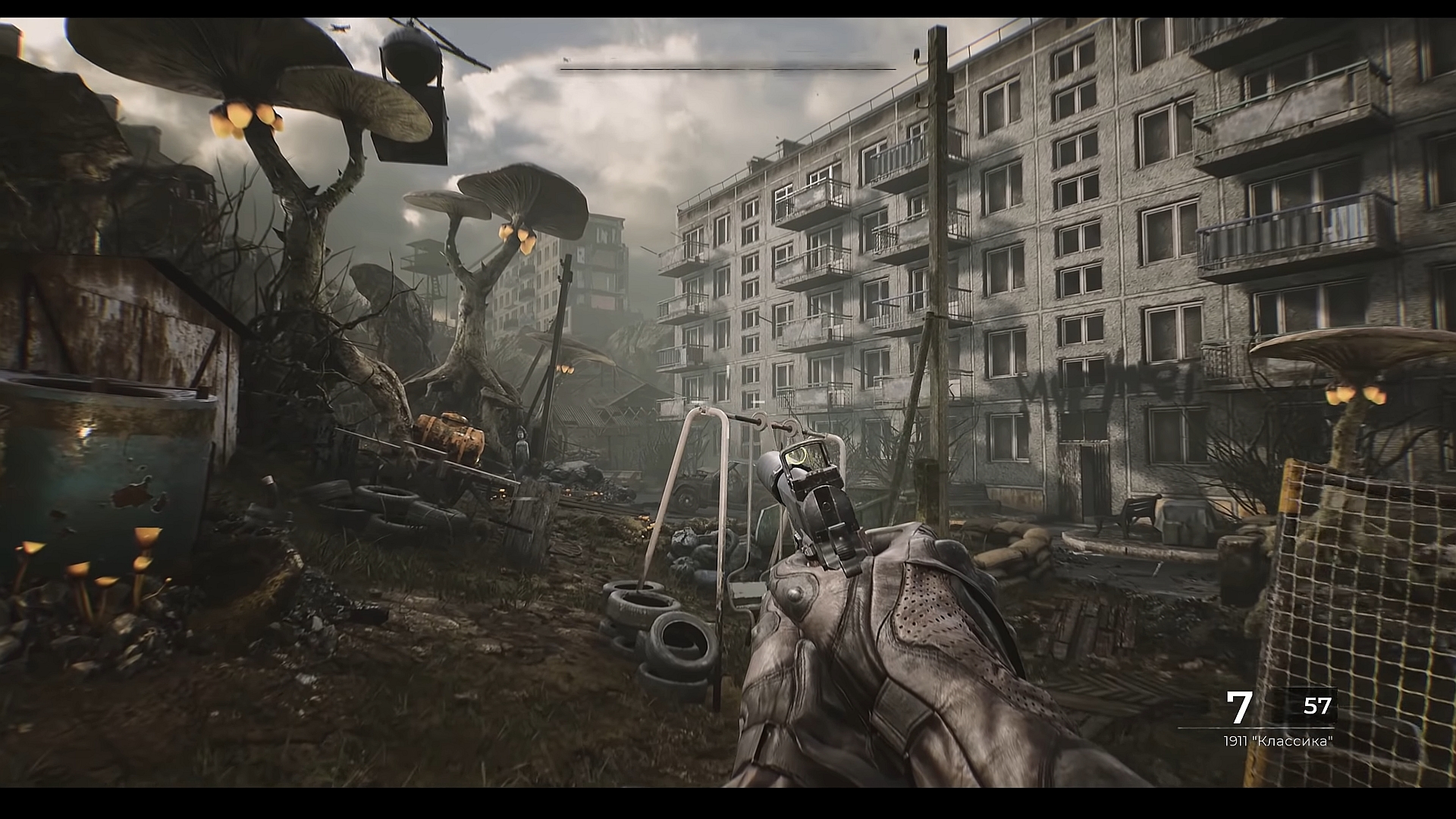 A separate trailer focused entirely on the game’s combat system showcases a plethora of weapons that players can use in the game. These range from a seemingly standard-issue pistol to an assault rifle, alongside a few exotic weapons such as an energy rifle and a dual-pump shotgun that dare you to get up close and personal with your enemies. There’s also a decent amount of progression within the game’s weapons, and players can use a number of skills to upgrade their weapon stats such as fire accuracy, reload speed, and magazine size among others. Weapons can be found both while roaming around the world and through crafting using unique resources.

PIONER also has a bunch of enemy types that players will be fighting in their adventures, and defeating different types of them will require different tactics. For instance, regular ammo will be great against human enemies, and the rarer energy ammo type will be of great use in defeating enemies born from the anomaly which is the disaster that sets up the game’s events. In addition to providing a constant variety of enemies, associated strategies of defeating them will add a more tactical element to the gameplay – and players might need to think twice before engaging a group of hostiles. 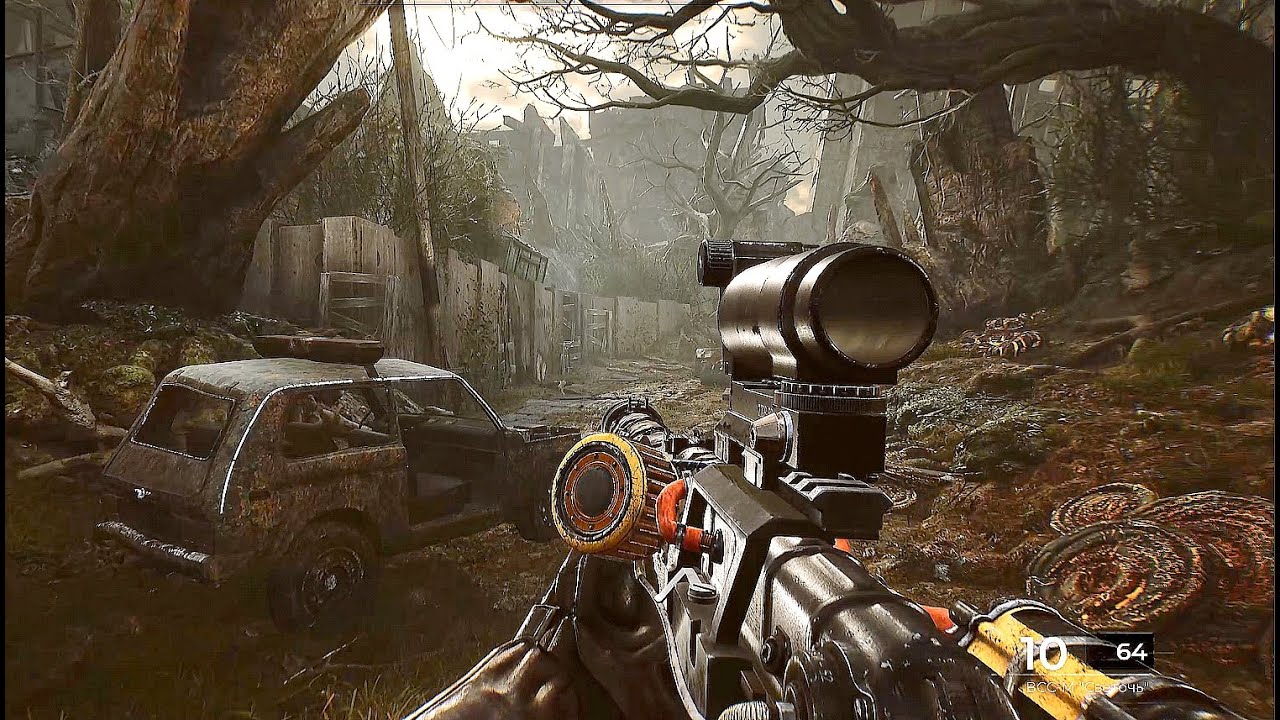 PIONER is also a survival game, and of course – there’s going to be a lot of crafting and resource management. Players will be looking out for resources in the game’s world, with varying levels of rarity. Those resources will then be put to use in crafting and upgrading gear. Of course, what ultimately makes PIONER’s concept unique is the fact that the game combines these more survival elements with an MMO-Esque world. While on their travels, players will be meeting other fellow survivors on the island – who can and probably will pose a threat to your existence. There will also be public raids and encounters that wouldn’t be possible while solo, and players will have to stick together during these times in order to survive. During an interview with PCGamer, Aleksandr Nikitin from GFA Games described the game’s concept as, “Pioner is conceived as a unique game containing a single player campaign, an emotional cooperative game and a survival in the struggle between players against each other and the spawn of the island.” He also stated that, “There are goals in the world that you can achieve alone: but I don’t think that an ordinary person can fight back the most dangerous bosses in solo.”

Again, all of this sounds really promising – but it’s certainly a bit difficult to wrap one’s head around how the game could possibly incorporate so many elements without breaking apart. At this point, it’s really difficult to tell how this ambition will ultimately pan out – but one could certainly be hopeful. That being said, GFA Games has taken upon themselves an enormous task for a debut project and hopefully, PIONER manages to carve out a distinct identity for itself in the genre.