Valorant Guide – How to Use Brimstone and Shields

The Controller can be extremely powerful in the right ahnds. 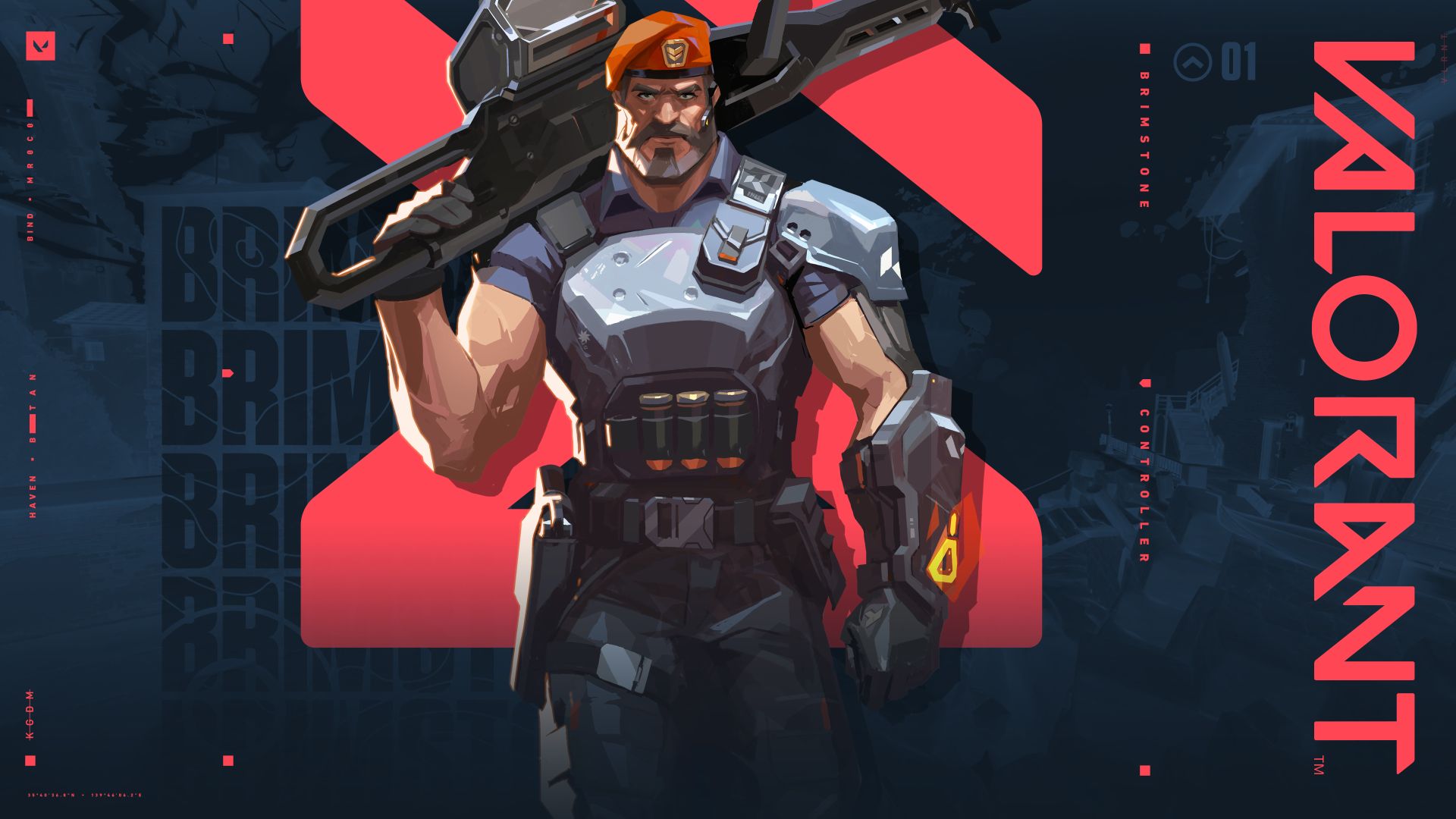 With Valorant’s ranked mode – referred to as Rated Mode – now available, it’s important to understand the strengths and weaknesses of each Agent. Brimstone is a Controller who, as the name suggests, is about controlling a given space. He has a mix of support abilities and crowd control which can be tough to deal with.

His first ability Stim Beacon is straightforward enough. It tosses a small beacon on the ground which reduces recoil, increases fire rate, reload speed and weapon swap speed. This can be used when assaulting a site, planting the Spike and then holding out against enemies making a push. Incendiary will fire a grenade that will ignite the ground, leaving flames that damages anyone caught in them. Only one is available to purchase each round so use it to efficiently box in foes or eliminate anyone hiding behind corners. Communication with your team is essential in this respect.

Sky Smoke is very interesting. It opens up a tactical map of the surrounding area and allows Brimstone to select areas to drop smoke bombs into. Used in conjunction with the likes of Sova can allow for obscuring vision in choke-points, providing cover at the bomb site, pushing corners and much more. Then there’s Orbital Strike’s Ultimate which allows him to select a point and fire an enormous orbital laser on it. There’s a brief window before the laser hits but it covers a decent area for several seconds and can be great when assaulting a bomb site. Try to plan out your usage of it beforehand.

Brimstone will take some practice since knowing the best places to smoke and when to lay down Stim Beacons is important. Still, like the other Agents, he can be quite the force to reckon with in the right hands.

Shields are Valorant’s take on armor and along with increasing an Agent’s overall health, they also absorb damage. There are two kinds of Shields in the game – Light Shields and Heavy Shields. The former costs 400 Credits and will add 25 Shields on top of your regular health. The latter costs 1000 Credits and provides 50 Shields on top of regular health. Both types will absorb 66 percent of the total damage inflicted on you before breaking.

It’s important to know when to use Shields. You might want to start the game off by buying Shields and only using a pistol to fight with. It’s a good plan if you can coordinate kills with your teammates. Get a round or two in the bag and you’re spending options open up. Alternatively, you can purchase a weapon that you’re sure will carry over into latter rounds along with Shields.

It’s also good to predict when a team might be fully decked out in Shields. Examine their economy each round to make an educated guess about how much Shields could have been purchased. When fighting opponents with Shields, take certain weapons into consideration as well. The Marshal can one-shot body-shot opponents without Shields and costs 1100 Credits. On the other hand, an Operator can one-shot body-shot a fully Shielded opponent. It costs 4500 Credits though so it’s important to weigh the opponent’s strategies, whether they’re playing aggressively or passively and how their economy is panning out.

Though it will take some practice and strategizing with your team, knowing when to buy Shields, where to use them and how to counter them can be a game-changer.