Let’s see Valve try to spin this one.

Whether you believed that countdown timer that was apparently promising some Left 4 Dead 3 (and by extension, Source 2) news or not, it’s now more or less confirmed: An image of an internal change log at Valve’s office, taken during a tour, has showcased the Left 4 Dead 3 is currently in development.

Don’t believe us? Check out the images for yourself below. 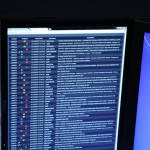 While Left 4 Dead 3 hasn’t exactly been reaching Half Life 3 levels of hype and “where is this f**king game?” complaints, there’s still been a fair amount of confusion regarding the third game’s release. Especially since the second one released, oh, a year after the first game.

Source 2 has been more obvious, since files and hints have been popping up all over the Internet for the past year or so confirming its existence. Will Left 4 Dead 3 be the game that introduces the engine? Will Valve be making announcement soon? Is the lack of Half Life 3 in the change log a sign that it really isn’t in development?