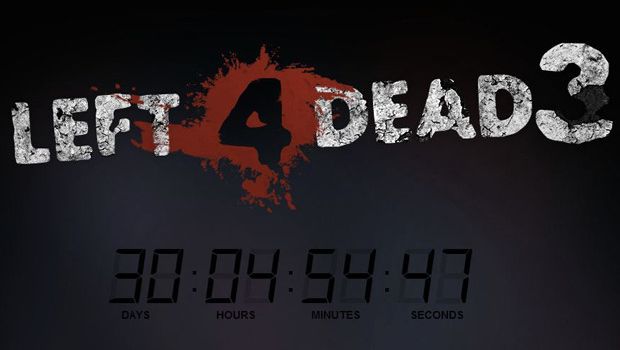 Now if this isn’t meant to be taken with a grain of salt, nothing is. An interesting little countdown site has been discovered which is touting Left 4 Dead 3. No, not a teaser site or counting down a reveal. It clearly says, plastered on the front page, “Left 4 Dead 3”, and the countdown seems to indicate some kind of reveal at Gamescom in Cologne happening from August 21st to 25th.

Which makes it even more suspicious.

Nonetheless, there are similarities to the structure and file paths for Valve’s own Left 4 Dead site. It could be that this was created with that in mind, just to mess with people. Wouldn’t it be nice if that wasn’t the case and the tag for “Source 2” at the bottom meant we’d be seeing the engine debuting with the game.

We’ll wait and see what this actually is – and if Valve doesn’t take it down immediately, well, that has to be a sign right? Stay tuned for more.