Vampyr Interview: Feasting On Your Fate

How deep can you go within the mystic world of vampires?

It’s always interesting seeing a new game on an old concept. With Dontnod Entertainment’s Vampyr, we can finally see what it’s like to dive deep into the mythic world of vampires; roam the dark and dirty streets of a gothic London from centuries past; and discover our own fate by deciding the age old question: To feast or not to feast?

GamingBolt recently had a sit down on the E3 show floor with Dontnod Entertainment’s Stéphane Beauverger, Narrative Director, and Gregory Szcuz, Art Director to talk about the direction they’ve decided to send the player down in this intriguing new game Vampyr: 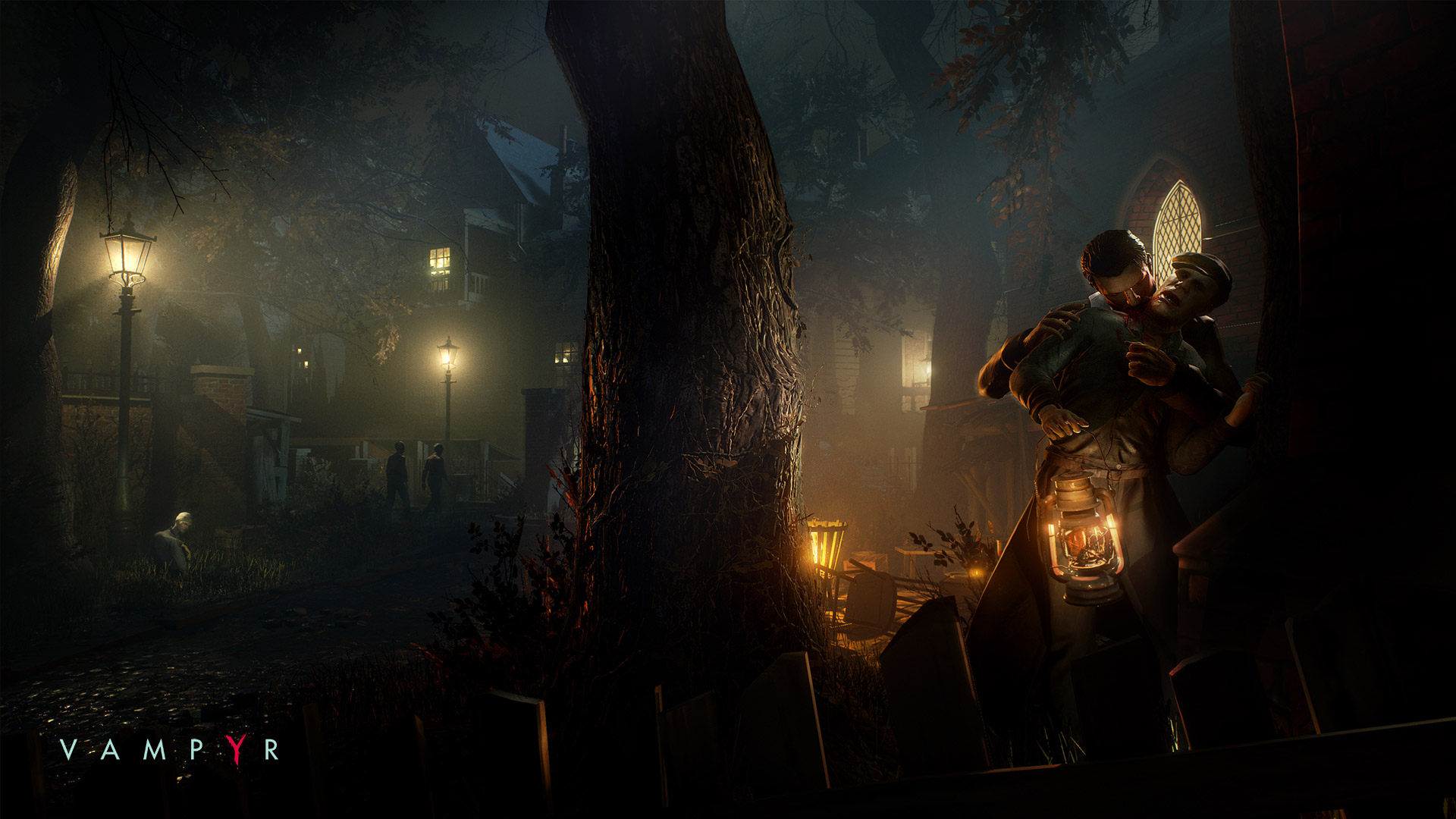 "We are about asking tough questions and putting the player in front of strong, difficult moral choices. And the setting lent itself to those kind of tough questions."

Vampyr is a very strong departure from the likes of Remember Me and Life is Strange. What inspired its creation?

Each time we try to create a new game we want to first create a universe. This is the first time we went to the Gothic atmosphere. After sci-fi we wanted to go to a more classic universe genre.

We are about asking tough questions and putting the player in front of strong, difficult moral choices. And the setting lent itself to those kind of tough questions.

The decision making forms a very strong part of Vampyr as anyone in the game can be feasted on. Can you tell us about some of the consequences this can have on the overall story?

On the overall story no because that would be giving you a major spoiler. But what I can assure you is that you will have to make your decision on two different levels. You will be frequently asked to make a choice – a major killing choice. This will have a big influence on the main storyline. On a smaller level you can decide to kill any civilian in the game. Each time you take a life it will have impacted somehow in London’s ecosystem, on the friends, on the family members of the deceased.

The theme of duality is interesting, especially when it determines one’s eventual fate. How do you approach that balance of humanity and vampirism from a gameplay perspective while still presenting plenty of choice?

We are trying to give incentives to the player. It’s easy to take life and reap strong rewards from it. As you progress through the city you will see the consequences of your choices. While you grow stronger the city might be getting weaker. It’s about balance.

Similar to Life is Strange, will we come across any decisions that we may not want to make but have to for some greater good?

It will be different from Life is Strange because you can test different options to see what will be the consequence and then go back and make your final choice. In Vampyr it’s exactly the contrary – you can’t go back. Once you decide to kill someone you have to face the consequences. If you kill blind – if you kill someone without first investigating on him – or just kill someone at random you can’t have a clue. If you take time to observe, ask questions, find all the clues about your possible target, do you know who your target is whoever he might be, a good guy, a bad guy, a shady character, then you can decide. Once you’ve got all the clues on someone you can make a more clear decision. 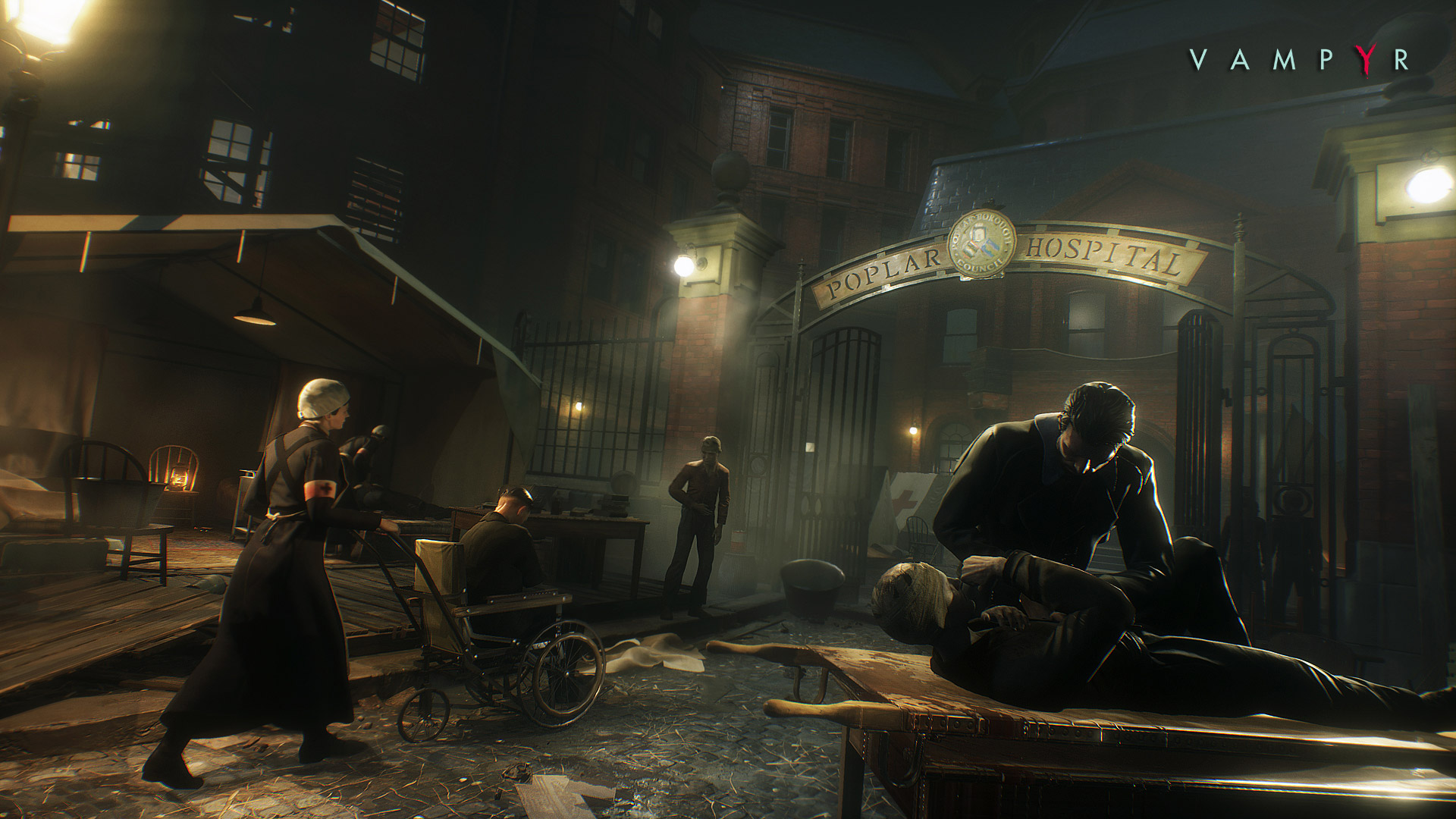 "You have to get into some places where you have no choice but to exert some violence on some people."

So can this end certain storylines?

Yes. They are done according to the level of damnation you reached throughout the game.

Can you go further on the branching dialog we’ve seen in the demo?

For each dialogue there is not just one branch. You can have many choices during a dialogue. There is some questions you can just ask once. If you don’t give the wanted answer you will never get another shot with that, because you can piss off another character who will never talk to you again.

When you arrive at a district you’re faced with the continuity of people, it depends on who you approach first, which stance you take with each one, and then what do you do with them? Do you help them? Do you kill them? so there are many ways to have things branching besides just the dialogue.

What can you tell us about the combat in the game? If the only method to leveling up is by feasting on a victim, what benefits are there to violence?

You have to get into some places where you have no choice but to exert some violence on some people. You get some experience too from fighting. Feeding on people is the major way to get experience and get stronger, but you get some through fighting.

There is an important aspect of that, you are the hunted. The vampire hunters are searching for you. Most of the time you will not start the fight, they are trying to find you to the story. So you have to survive their violence because they think you are the monster.

Can you tell us about the various vampiric powers that you can use? We know about the Spring ability, which allows players to charge across gaps quickly, and Mesmerize which can be used to trick weaker targets.

Different trees which explore different facets of your new vampire nature. You can specialize in something more instinctive about the violence. You can manipulate, smoke and shadows too.

You’re more brutal. Yes, yes. You’re a more brutal creature. This is how you will express different ways of acting as a vampire. 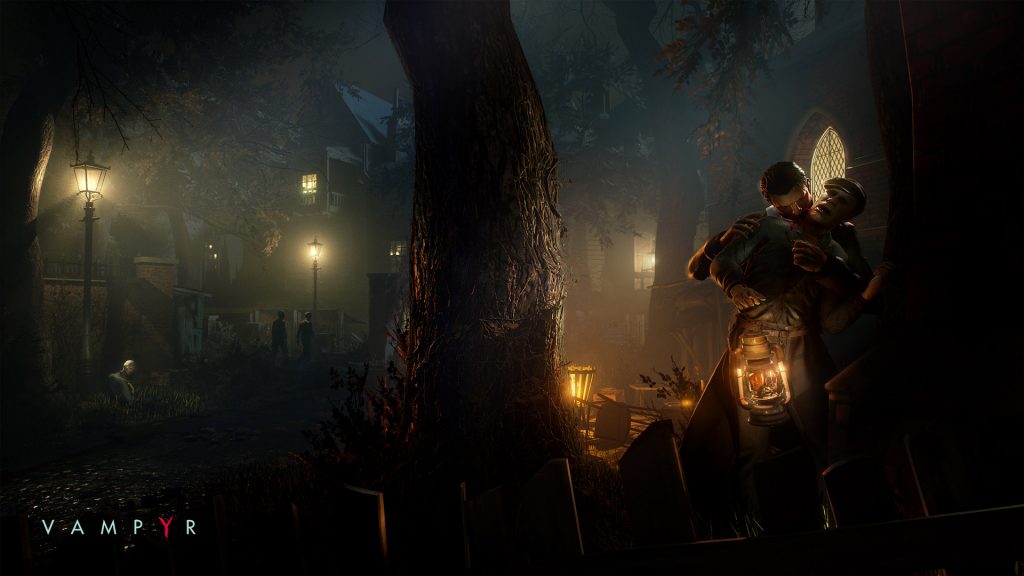 "For example it will be possible to try and kill no one in the game, but that’s very, very difficult. So I think that will be for re-run."

Is the open ended nature and style of the gameplay inspired by Deus Ex in any way, especially with regards to what kind of vampire you want to be?

Exactly. The different ending of the game will be directly linked to the level of damnation you reach. You will not be able to choose the ending, it will be played to you because it is the logical consequence of what you did throughout the story.

What can you tell us about the game’s scope? How large will London be and how long of an experience can players expect?

You will visit many different districts of London. You will not be able to go to everywhere in London; we choose a different part of town that is very interesting, and very different at the time. The docks. You can freely go in all these parts of town except for a few parts of them which are locked until you reach the chosen part of the storyline.

Will there be multiple endings to incentivize replaying the story?

Yes, of course. For example it will be possible to try and kill no one in the game, but that’s very, very difficult. So I think that will be for re-run. Most of the players will try to play as the good vampire — only when they’ve tried to master the game enough – since the more you kill citizens the more experience points you get, the stronger you will get. So if you want to have it easier game just kill a lot of people. If you want to play as a humanist vampire, trying to kill no one, but that will be very difficult because you will not have a lot of experience points, so you will kind of feeble against your enemies.

It’s not a last-minute death bed repentance where you can switch gears at the end – it’s about what you did all along the game.

When can we expect Vampyr to release for PS4, Xbox One and PC?

Okay this is a big one. I am kind of confident that the game will run at 1080p on the PS4. But what about the Xbox One? Can Xbox One players expect native 1080p resolution?

We are not going for any downgrade on the Xbox One.

Okay. That is a very specific and technical question. We do not have a developer at hand to answer that right now about the eSRAM. But I can say that we are past the major hurdles developing the game on Xbox One. Right now it’s Okay.