A critically acclaimed hybrid shoot 'em up and comical adventure are the latest indies for Switch. 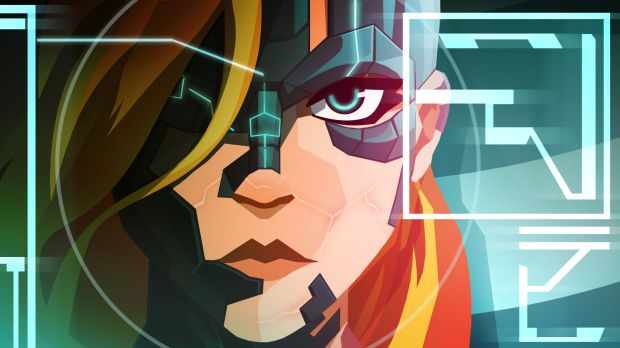 The indie hits just keep coming for the Nintendo Switch. Curve Digital has announced that it will be releasing FuturLab’s Velocity 2X and Perfectly Paranormal’s Manual Samuel for the platform in August.

Manual Samuel is a game about a trust-fundee, Samuel, who deals with Death to have another shot at living after a car accident. However, Samuel has to prove that he can manage the most basic tasks on his own. That includes walking, drinking water and even blinking.

Product Manager Jakub “Koobs” Klitenik stated, “Manual Samuel is such a humorous game, and the Switch’s portability makes it easier than ever to share its hilarious mishaps with friends. Clumsily controlling Sam with a friend is a riot, there’s nothing on the Switch quite like it!” Though not very highly rated on other platforms, Manual Samuel has a “Very Positive” rating among the user reviews on Steam.

Velocity 2X is definitely the more interesting deal, combining shoot ’em up action with speed-running, 2D side-scrolling and puzzle-solving somewhat akin to Metroid. First released in 2014 for the PS4 and PS Vita, it’s also been ported to PC and Xbox One. DLC packs like Dual Core and Critical Urgency add even more levels to play while Daily Challenges provide exclusive maps with leaderboards. It remains to be seen if the DLC packs will be sold separately or packaged with the Switch version.

About Velocity 2X, Product Manager Cédrine Décoret stated, “As big fans of both arcade shmups and action-platformers, Velocity 2X has always held a special place in our hearts. Playing it on the Switch’s pristine, handheld screen, it feels better than ever.”

What are your thoughts on these games finally coming to Switch? Let us know in the comments.