What could it be about?

Entertainment Weekly was the site that first broke the news of Uncharted: Drake’s Deception, and the VGA 2012 teaser for The Last of Us will be shown there as well.

Geoff Keighley has tweeted that a teaser for the game would be shown on the site later today; he didn’t give any specifics on that but did say that it will be a small teaser.

“Quick little glimpse at the The Last of Us’ VGA trailer coming up today on http://EW.com, stay tuned,” he tweeted.

VGA 2012 will be held on December 7th and there’s a few days to go for the event, however, it has been confirmed that the trailer will contain a new character from the game.

“Meet a new LAST OF US character and so much more one week from tonight at VGAs on Spike,” he had tweeted a few days ago. You can check out the pic below.

The show will be hosted by Samuel L. Jackson and you can be sure that you won’t see any obnoxious tea bagging like it happened last year. It will be interesting to see how this one pans out. 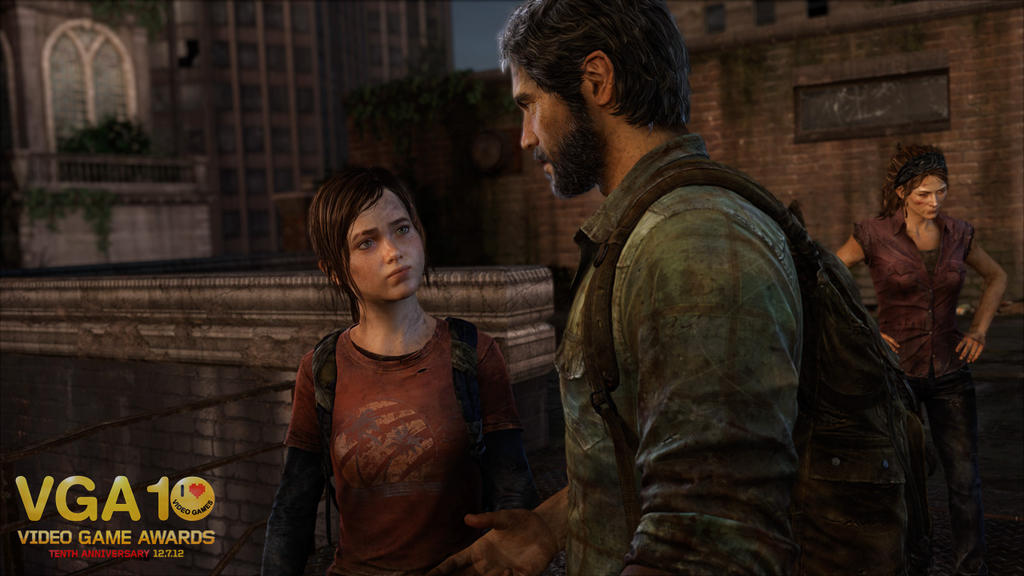 The Last Us is being developed by Naughty Dog, the same team that bought us the first three Uncharted games. Their latest creation i.e.  The Last of Us has already won several game show awards from several websites. There is a striking resemblance between Uncharted and The Last of Us, but the latter will be more focused on survival. Players can expect a story that will suck them right in and daunting enemies with excellent AI, as depicted by the E3 trailer above.

The game will be released exclusively for the PlayStation 3 and is published by Sony. Are you looking forward to the The Last of Us? Let us know in the comments section below.