Ultimate Showdown successfully revives an excellent fighting game at a very interesting time for the genre.

If Virtua Fighter 5 looks familiar to you, that’s because it was already released 12 years ago in the form of Virtua Fighter 5 Final Showdown on the PS3 and arcades, which of course was a re-release of vanilla Virtua Fighter 5 which was also seen on 7th-gen consoles. You also may have come across it in Yakuza 6 in the “Club Sega” arcade on Nakamichi Street. But regardless of your history or lack thereof with this fighting game, Ultimate Showdown on PS4 is the newest and hopefully final version of the game. I say “hopefully” not because Ultimate Showdown is any sort of bad, but because it doesn’t quite get me to shake the feeling that the Virtua Fighter series just deserves a little bit more than a re-released re-release of a decidedly old fighting game. If anything, Ultimate Showdown proves as much by demonstrating the undeniable quality of Sega’s biggest fighting franchise while simultaneously showing its age.

First things first, don’t worry or hope that the gameplay has been radically altered for this version of Virtua Fighter 5. The basic frame counts for each move, command lists, and character roster are basically untouched in this version, which makes sense as its previous iterations got the Virtua Fighter gameplay to quite a refined level of attunement, and frankly it doesn’t really need anything else in that area. It’s still the same highly technical and finely-balanced fighting game it has always been. It has, however, been visually updated with the help of the dragon engine; the same set of tools used in Yakuza 6 and Judgement. This is the most profound change for this version, as lighting is significantly more realistic with less of the more cartoony amounts of saturation the previous versions had, more depth to the game’s color palette, sharper character models and noticeably more lush backgrounds for every arena.

"It’s still the same highly technical and finely-balanced fighting game it has always been."

As a result, Ultimate Showdown doesn’t quite reach Mortal Kombat 11 or Tekken 7 levels of detail, but it does look great and could certainly pass for an early native PS4 game. This really speaks to the level of effort put into overhauling the game’s visuals but also to the integrity of the original game, as the animations and models themselves haven’t had much done to them at all, but still look very nice most of the time. You will see some stiff movements and some bland textures here and there at times which do hint at the game’s age, but overall, I find that the work that was done with the visuals combined with how well-made it was for its time a reasonably effective combination of efforts that keep the game looking and playing quite well. This is complimented well by a newly-overhauled and minimal user interface that gets right to the point as most modern interfaces do.

The audio is handled almost – but perhaps not quite – as well. While the newly scored tracks definitely fit the experience well, I noticed a handful of occasions where the balancing of music vs sound effects seemed way off. A punch sound effect would be loud and… well… punchy, but then a kick would be barely audible right after that. Also, some menu sound effects were comically loud compared to the background music. The audio department isn’t helped much by some very low bitrate voices. Many of the voice samples sound like they were lifted from the Sega Saturn version, let alone the PS3 one. I’m not sure if they sounded that way in the previous version of the game and it was just more forgivable then, or if that’s a new issue, but either way, the sound is easily the biggest thing holding this game back from feeling like a modern game.

The gameplay is of course the shining beacon of success for the game. Its extremely balanced roster of characters all have compelling reasons to play them, yet are also very challenging to master. Virtua Fighter combat is highly underrated in the genre, as its complex, and sometimes obtuse feeling button combinations can feel off-putting at first, especially if you’re a huge fan of more accessible fighters like Dead or Alive, but that initial steepness of the learning curve does give way to some extremely rewarding moments when Virtua Fighter’s strange rules, like mapping block to a face button and having no dedicated jump button whatsoever, finally click. As a big Tekken fan, it definitely took me some time to get back into the Virtua Fighter mindset. Training my brain to stop backing up when I wanted to block, and get used to only jumping when a very specific jump attack is needed were hard muscle memory rules to break, but if I can get there, so can you. 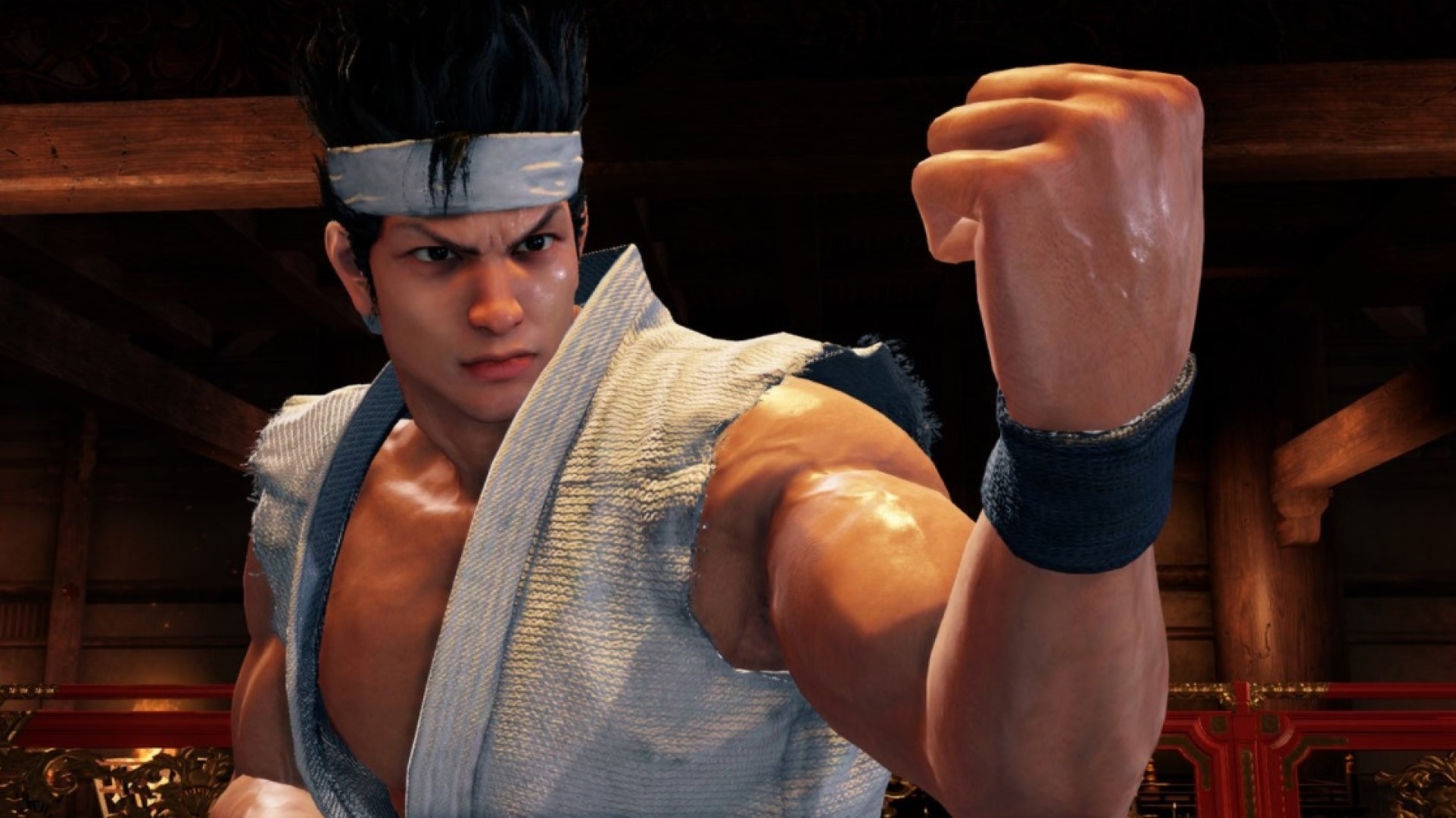 "Virtua Fighter combat is highly underrated in the genre, as its complex, and sometimes obtuse feeling button combinations can feel off-putting at first, especially if you’re a huge fan of more accessible fighters like Dead or Alive, but that initial steepness of the learning curve does give way to some extremely rewarding moments when Virtua Fighter’s strange rules, like mapping block to a face button and having no dedicated jump button whatsoever, finally click."

And it’s well worth the work. Learning the basics as well as a handful of combos will probably be enough to get you to the last fight or two of the arcade modes, but you will need a relatively deeper understanding of your character (and your opponents’) moves before you should expect to beat it. That said, I did stumble into a weak point in the game’s AI that allowed me to spam my way to victory with Aoi pretty reliably in arcade mode. Outside of that though, I found the balance between the characters to hold up extremely well and it is absolutely comparable to the quality of balance in most modern fighting games. I just wish there were more ways to experience that finely-tuned fighting than the barebones selection of modes here. No survival, no story mode, or anything else is really here outside of the absolute basics. There is a pretty decent amount of character customization though, so credit where it’s due.

One more area this game hits a high and low note at the same time is its online functionality. A completely new layout to Virtua Fighter 5’s tournament mode is coming and should be available soon after launch that totally revamps the game’s competitive community with a new UI, more communication options, 16-player private rooms, the ability to spectate other matches while you wait for your turn, and league play. I was unable to test most of that to see how well it works before launch of course, but it’s a nice idea and clearly this is where a good amount of work has gone into this version. I was able to get into a couple of ranked matches and game rooms though and the stability seemed fine to me despite this game still using the dreadfully old net code of the original version, which is where I do think Virtua Fighter 5 Ultimate Showdown may run into some trouble down the road – especially if it gets as popular and loaded up with players as Sega clearly wants it to.

While the net code for the original game was never particularly bad as far as I remember, I do remember noticing the occasional syncing issue as well as getting kicked out of matches for undiscernible reasons a bit more than I would have liked, and that was when there were far less people online playing these sorts of games. Hopefully enough tinkering around the edges of the net code for Virtua Fighter 5 Ultimate Showdown has been done to avoid those issues and handle the weight of a larger community, but we’ll have to wait and see on that one. None of the new bells and whistles that have been added to the game’s online functionality will matter much if the game can’t sustain its own audience. That said, with what I have been able to test through ranked matches and rooms, everything has been pretty solid outside of a couple micro-stutters that quickly resolved themselves, so I suppose that is a good sign. 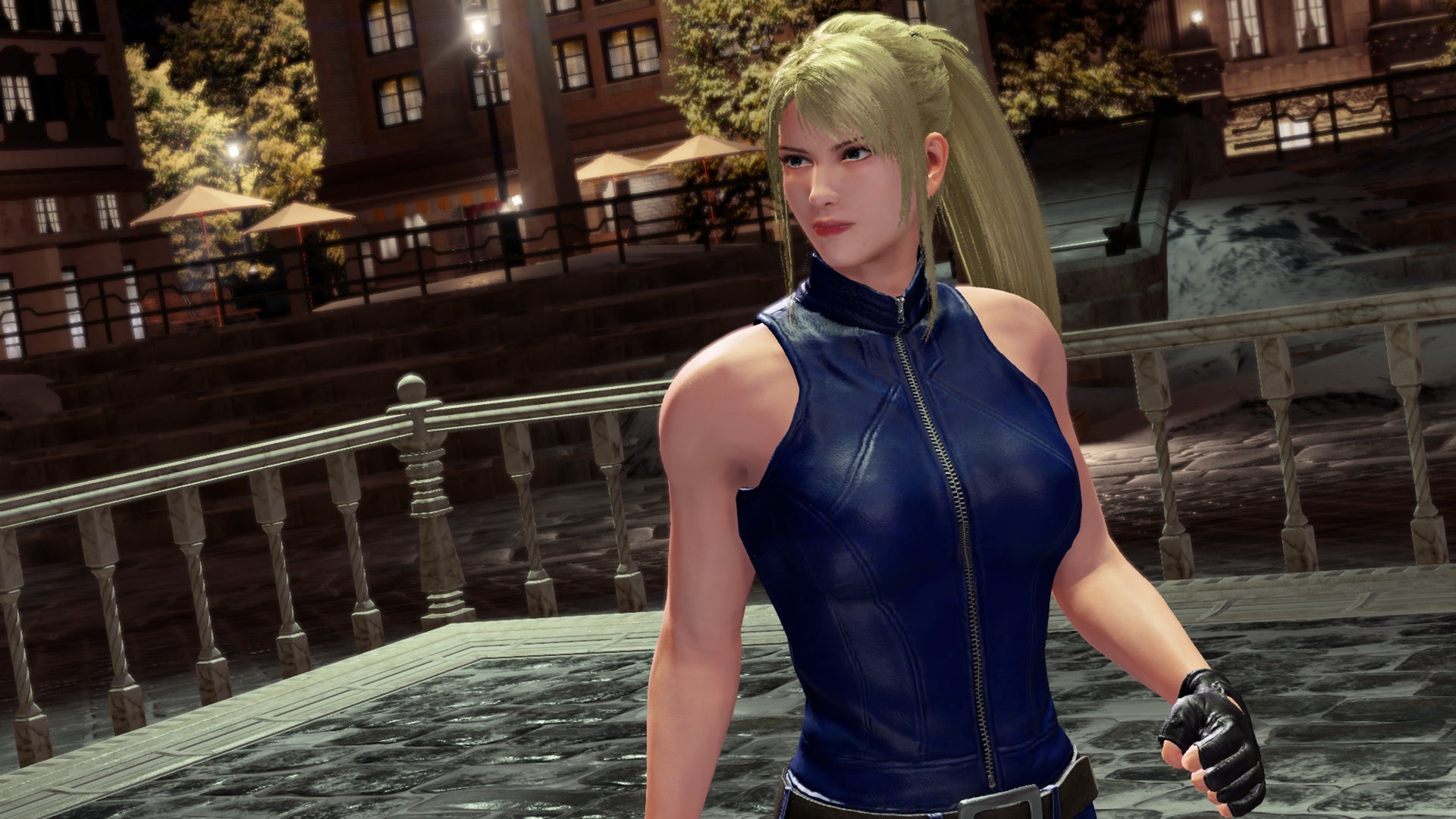 Virtua Fighter 5 Ultimate Showdown is a respectable remaster on multiple fronts. The visuals look great and the gameplay was wisely left alone. Outside of some auditory oddities, there’s not much stopping Ultimate Showdown from going toe-to-toe with most of its modern contemporaries. With many other 3D gaming franchises starting to feel a bit stale at this point, it will be very interesting to see if Virtua Fighter’s uniquely technical and anomalous style can catch yet another wave of interest in the fighting game space. It could greatly benefit from the timing of its release alone. Surely Sega is watching though, so if Ultimate Showdown does well, I would hope we’ll see more of the franchise in the future in the form of a new game that the series can really stretch its legs with.

Virtua Fighter has never played or looked better; Gameplay still holds up even after so many years; An excellent new package for its battle-tested foundation.

Undeniably ancient-sounding voices; Lack of modes hurts its appeal when compared to most modern fighting games.

Final Verdict:
GREAT
As a game, Ultimate Showdown does little to convince you to choose it over the newest Tekken, Dead or Alive, or Mortal Kombat game. But given how well its core gameplay holds up with its various enhancements, it’s certainly worth a look for fighting game fans looking for something a little different.
A copy of this game was provided by Developer/Publisher/Distributor/PR Agency for review purposes. Click here to know more about our Reviews Policy.