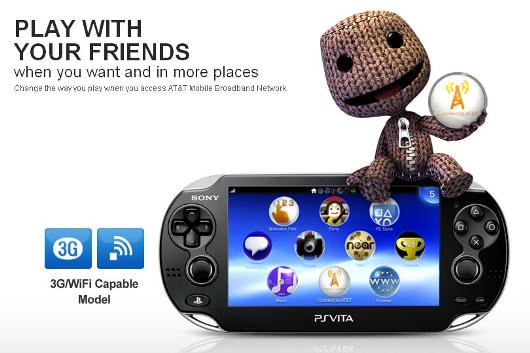 If you remember AT&T, which is Vita’s official service provider in the US had priced a 2GB plan at $25, and it looks like it wasn’t that popular with the audience.

They have announced a new plan in which you get a 3GB one in just $30. Now, I don’t know whether this will be successful in the US, but this is their standard plan for most 3G enabled mobile devices.

In India, you get unlimited 3G plans for really cheap, so it looks like the consumers in the US are getting ripped off in style. The 3G model is rumoured to be Rs. 23, 990 in India.