That’s a lot of armies. 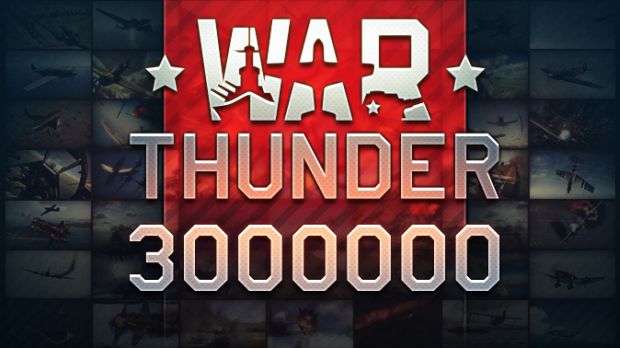 Gaijin Entertainment’s popular free to play military MMO War Thunder is even more popular than you’d think. The game has seen more than 200 percent player growth since March 5th when Gaijin announced its one millionth player. Now, more than three million players have played the game with more than 1,000,000,000 units destroyed, 600,000,000 million sorties launched and more than 30,000,000 hours of air time.

That’s a whole lotta war. And War Thunder has only been in open beta since January 28th 2013.

CEO Anton Yudintsev has stated that, “To go from our original beta testers to three million players in just a handful of months is a rich testament to our development team and their dedication to improving the War Thunder experience.

“Not only is it a testament to our development team, but is also a great responsibility and one we will not take lightly. We have dedicated ourselves to continue to support our existing War Thunder fans base by providing ongoing updates to the game and its community features.

“We will also continue to expand War Thunder’s gameplay by adding ground forces. We want to thank all of our players and we will continue our ongoing dialogue with our community members to ensure that we provide and improve the features they find most important.”

War Thunder is also in development for PlayStation 4, iOS and Android.