Since its launch in 2013, Warface has become something of an institution in and of itself. It’s combination of large-scale multiplayer first person shooter battles and a free-to-play model has attracted millions of gamers, and with constant updates that have kept the game ever-growing and changing, it’s somehow managed to retain its widespread popularity. And with the advent of new technologies in the market, the future is looking very interesting for all concerned- Warface included.

Recently, to lift the fog somewhat on that future, we sent across a few questions to the people in charge of the competitive online shooter, asking about everything from the future of Warface itself, to the potential of cloud streaming, to next-gen consoles and what they can potentially deliver, and more. You can read our conversation with Warface franchise lead Ivan Pabiarzhyn, of publishers My.com. 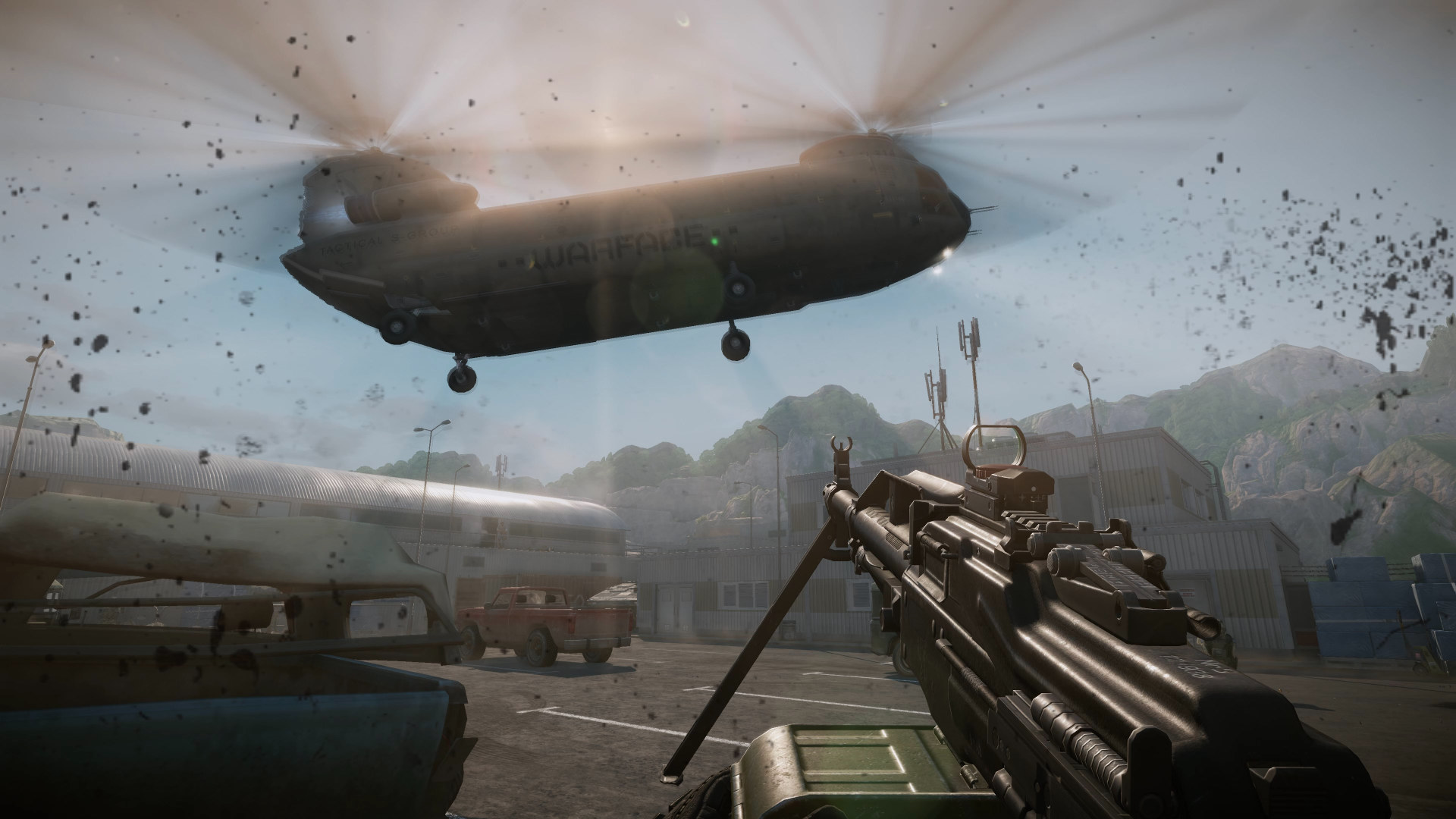 "We have room for keeping going further, growing our audience, and putting additional resources into the development of the project."

With a game like Warface, which is constantly growing and evolving, how do you decide when to draw a line and maybe start working on a sequel instead? Or do you view this as something you can keep going indefinitely?

Warface is a worldwide popular FPS F2P game with more than 80 million players around the globe. Although I can’t deny that we are thinking about expanding Warface universe, it is too early to talk about a sequel. At the moment we are available on PC, PS4, and Xbox One – so we have room for keeping going further, growing our audience, and putting additional resources into the development of the project.

As a free-to-play game, what are your driving philosophies behind monetization and in-game progression?

We have a diversified economy system and very deep achievement system in the game to allow players choose and control their progression themselves.

We have 3 in-game currencies: Warface Dollars, Crowns, and Kredits. Warface Dollars is the main currency earned by participating in Co-op, Versus and Special operations missions, based on how successful one played in them. Crowns, which is a reward for performing well in Co-op missions, Special operations or Raids. Rewards are dependent on two factors: completion time and kill score. And finally, Kredits, which can be either purchased using real money or earned by winning regular competitions and contests in the game.

In addition, there are more than 1,000 different achievements across all kinds of content. Every time players join the game, they can set their own long-term or short-term goals and keep playing to pursue them.

Nintendo Switch is a fascinating device. There’s so much potential packed into the little chipset, and the tricks the developers are using to transfer full-fat current games to Switch are quite ingenious. While we cannot announce anything for Switch at this point, we’re keeping a close look on what’s happening around that platform.

Google has been talking about how cloud streaming can potentially expand multiplayer gaming in massive ways, with matches that can host thousands of players at a time, which should be quite exciting for a multiplayer game such as Warface?

The idea behind Google Stadia sounds really exciting, and it may be really interesting not only for the players but also for game studios and developers, as with Stadia Google might potentially be able to increase the total number of gamers in the world by attracting to the games those who for different reasons have no consoles or high performance PC for gaming. However, there are so many details which are not clear yet and so many factors that may impact on the performance of the service, that it is too early to have any real discussion about that. We’ll see. 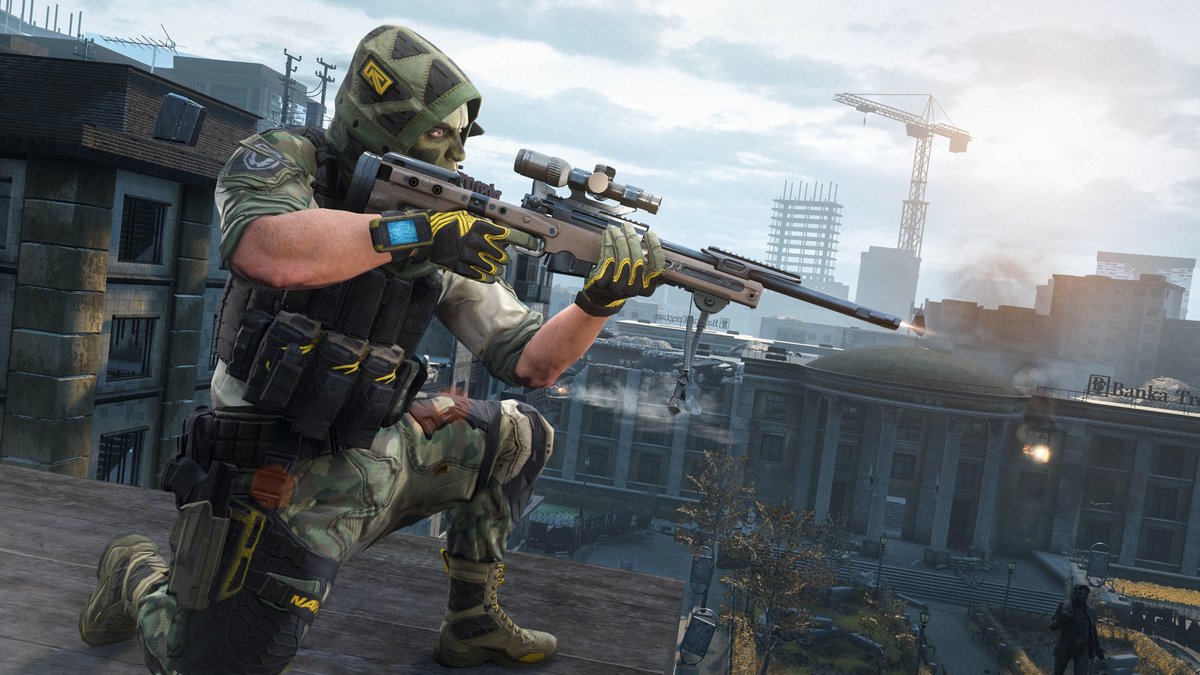 "The transition to SSD is probably the most important improvement in the new-gen consoles."

How far away do you think such a scenario is from becoming a reality?

There is a great potential in Stadia. It may gain rapid popularity or the progressive one, depending on how effective the technical solutions will be implemented and how efficient Google will interact with the gaming companies. However, there are no doubts that this innovative service will find its place in the sun.

Warface started out on a 7th generation console (after its PC launch, that is), and then made the transition to PS4 and Xbox One. Are you planning on taking it even further into next gen as well?

We’ve already started communicating with the platforms about new hardware. For obvious reasons we cannot announce anything solid at this point. The engine that powers Warface, CryEngine, was heavily modified by our team to be able to run smoothly on a vast variety of systems. If you download it and launch the game on a relatively weak PC, for example, you will be surprised how well it will run.

With that in mind, we’re definitely looking into what the next-gen consoles can offer us, especially in terms of increased performance and graphical fidelity.

How important is it for a multiplayer game like Warface that cross-play becomes an industry standard going into next gen?

We are not alone to be really excited about the cross-play trend and we think it’s incredible that industry itself is moving towards helping developers out in their intention to make gameplay experience even more fascinating to the players. It’s been a year since Warface became available on PS4 and Xbox One and we have already exceeded the milestone of 13 million players globally with 40% out of this amount being from USA. We see a huge potential in cross-play between PS4 and Xbox One players, which will become available in Warface in Q2 next year. Our main goal is to make Warface accessible to as many players as possible, especially taking into consideration the dynamic and fast-paced environment of the game.

To my mind, it is quite logical that cross-play might be available in the next-gen consoles.

The transition to SSD is probably the most important improvement in the new-gen consoles. The performance of the disk subsystem is the narrowest bottleneck of the current generation. And this problem is becoming more urgent every year with the growing trend for open worlds of the size of tens and sometimes hundreds of square kilometers in modern game projects. As for the open game worlds, it is impossible to keep the entire game map in RAM, so developers have to add new objects location by location as the player moves forward. In order to do this, the developer has to use tricks in the schedule (deterioration of detail and range of drawing objects, using fewer unique objects on the map) and gameplay (limitation of the maximum speed of a player’s movement, creation of buffer zones on the map with a reduced number of unique objects in order to be able to load next zone with more details). Of course, developers do not like to make such compromises, because it affects their games.

But SSD solves this problem. You can think of SSD as an extension of RAM. Levels should load faster, drawing distances can be increased. It should also allow developers to get rid of such a rudiment as a “loading screen” and make the game as seamless as possible. Fast streaming allows making larger game worlds with richer content locations.

"Based on the information we have about this new PS5 haptic-enabled controller, we think it has good potential for enriching gaming experience, adding new ways of interaction to the players, broadening horizons for the developers and, thus, pushing forward the evolution of video games. But… I think much will depend on Sony and how it makes PS5."

Speaking of next-gen hardware, something else that the PS5 and the Xbox Series X are both going to have is a Zen 2 CPU- how big of a leap is it over current gen hardware in your view, and how is it going to help development?

Featuring the new generation of AMD processors in the PS5 / Xbox Series X will bring an increase in processor frequency by about 50%. For games, this means an improvement in quantitative parameters: detail / size of worlds, more AI characters processing. But what’s more important is that it will be possible to create previously inaccessible effects. For example, miscalculation of a physically reliable reflection of sounds from walls, which can turn the genre of competitive shooters, which at the moment rely more on the player’s reaction speed and shooting accuracy, makes compromises in assessing the accuracy of enemy positioning using sound.

Memory performance is one of the biggest bottlenecks when developing for a console. GDDR6 offers a big leap in data transfer rates between the processor and RAM. This means that the CPU will spend less time waiting for access to data in RAM, which should have a beneficial effect on the frame rate. With GDDR6, developers can put more stuff on-screen without sacrificing stable frame rates, which is awesome.

Based on the information we have about this new PS5 haptic-enabled controller, we think it has good potential for enriching gaming experience, adding new ways of interaction to the players, broadening horizons for the developers and, thus, pushing forward the evolution of video games. But… I think much will depend on Sony and how it makes PS5. All in all, we will definitely see some interesting and unexpected solutions. Let’s wait – it won’t be long now.