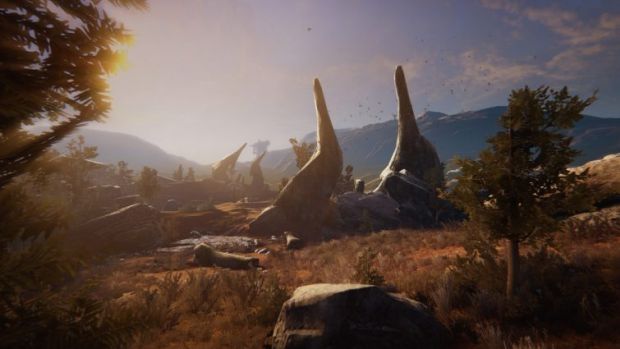 Digital Extremes has been releasing a number of updates for Warframe since its release many years ago, not the least of which includes a revamped Earth with great new visuals, additional story quests and new frames like Harrow. However, later this year, it will be releasing something much more massive – the Plains of Eidolon.

Announced at TennoCon and slated to release this year, Plains of Eidolon is a first for the free to play. Instead of an instance that players run around with randomly generated room, Eidolon is a large open world with a town to pick up side quests and craft weapons, enemy bases to attack and large beings called Sentients that attack when the sun goes down. Furthermore, players can use Archwing to fly around the map and take out enemies from the skies.

A more fixed release date hasn’t been announced, but when asked if Plains of Eidolon would be out in December, director Steve Sinclair said on Twitter that the “goal is much sooner”. What are your thoughts on Plains of Eidolon? Let us know in the comments.