Some much needed buffs to existing Frames are coming. 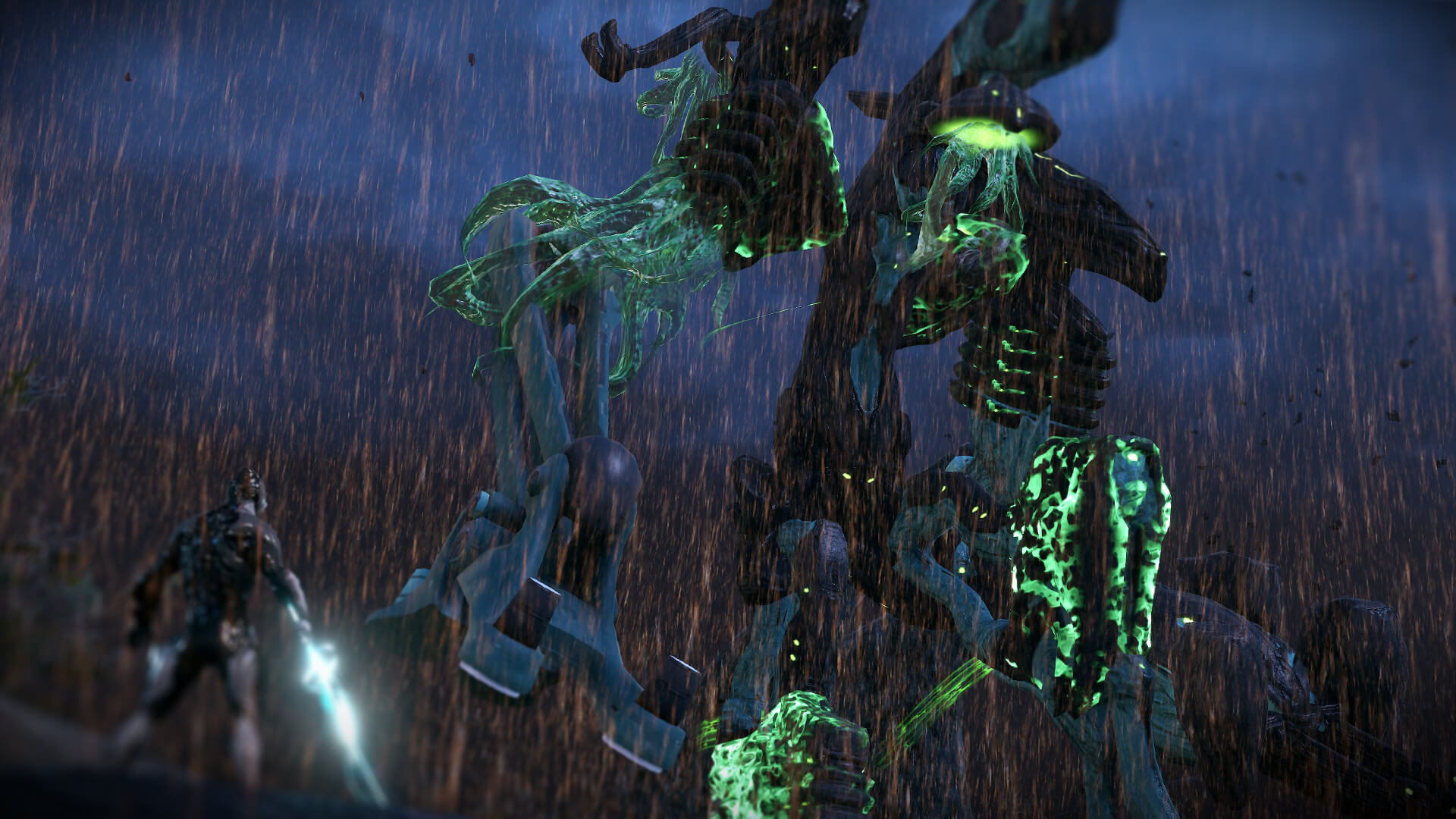 Digital Extremes is prepping a fairly significant update for Warframe’s Plains of Eidolon, the free open world expansion that launched for the free to play title last year. Shrine of the Eidolon will bring two new Eidolon bosses to fight – the Gantulyst and Hydrolyst. Check them out below.

Gantulyst can fire beams of energy and wields a boulder for an arm while the Hydrolyst seems to channel the Toxin element along with creating storms. These Eidolons have a chance to drop Riven Transmuters which can combine four Riven mods into a brand new Riven. If you combine Rivens of the same type (two Melee mods for instance), then the new Riven will be the same.

Oh, and you can also drive Dargyns on the Plains to fight the Eidolons from the skies. If that weren’t enough, sweeping changes to weapons (including changes to Mastery Rank requirements) and Warframes like Atlas, Ash, Ember, Volt, Zephyr, Gara, Banshee and Chroma.