The shadowy warriors – and their awesome rewards – finally make a return. 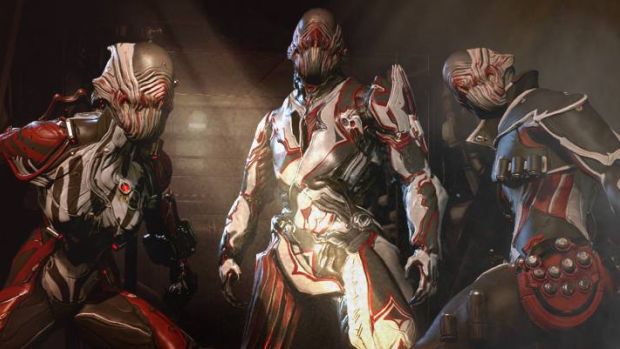 Some of the greatest rewards in the history of Warframe have come from the Acolytes, mysterious twisted warriors that hunt players like the Stalker. After what seems like forever since Operation: Shadow Debt, the Acolytes will finally be making their return on December 21st.

The Acolytes are usually located in random maps on random nodes in the game’s world. Once one of them appears, with many of the same tells as the Stalker, they must be damaged enough to receive a reward. After this, they shift from one node of the Star Chart to another before needing to be found again.

There are six Acolytes in total and though the drop rates for their mods vary, players stand a chance at gaining coveted mods like Blood Rush, Maiming Strike, Blade Rounds, Argon Scope and much more. Expect an official announcement from Digital Extremes when the Acolytes go live (along with other patch notes that may be included).