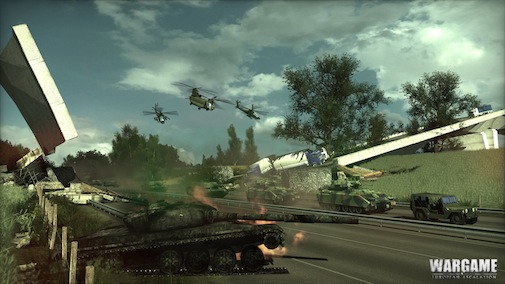 War never changes for Eugen Systems, but it does get more fun. They’ve just announced another free DLC pack for Wargame: European Escalation, the fourth thus far, titled “Fatal Error”. And unlike previous DLCs, this one will have more of a single player focus with new content.

There’s now a new fifth operation to the existing four. This new campaign is called – surprise, surprise – Fatal Error and last for 5 missions in a story separate from the main game.

The story is, “based on an original alternate history” and set “in 1979, a time when hopes for a peaceful settlement of the East/West tensions seemed close, until the Euromissiles crisis and the discovery of a Soviet combat brigade being deployed in Cuba. Within the depths of Mount Cheyenne, home to North America’s most vital command center, a tragic mistake made by a mere maintenance technician will set the world on fire once again.” Sounds groovy.

Fatal Error will also feature support of touch-based gameplay for those with touch¹ displays. It is currently avaialable on Steam for PC owners.