The closed beta for Fatshark’s co-op shooter Warhammer 40,000: Darktide has concluded, but there’s more to come. The developer has announced that pre-orders can access the pre-launch beta starting November 17th.

In addition to early access to the game, it’s also “critical to helping us fine-tune the game before launch on November 30th.” Various stats from the closed beta have also been shared, with the Veteran being the most played class and the Scab Mauler serving as the most dangerous enemy. Over 704,000 player deaths, more than 532,438,000 enemies killed, and 255,583 falls off ledges also occurred.

Interestingly, while the overall mission win rate sat at 67 percent, players’ success on the hardest difficulty was a measly four percent. Whether the latter will be tuned in the coming weeks before the pre-launch beta remains to be seen.

Warhammer 40,000: Darktide is out on November 30th for PC. The Xbox Series X/S versions will launch shortly afterwards. Stay tuned for more details in the coming weeks. 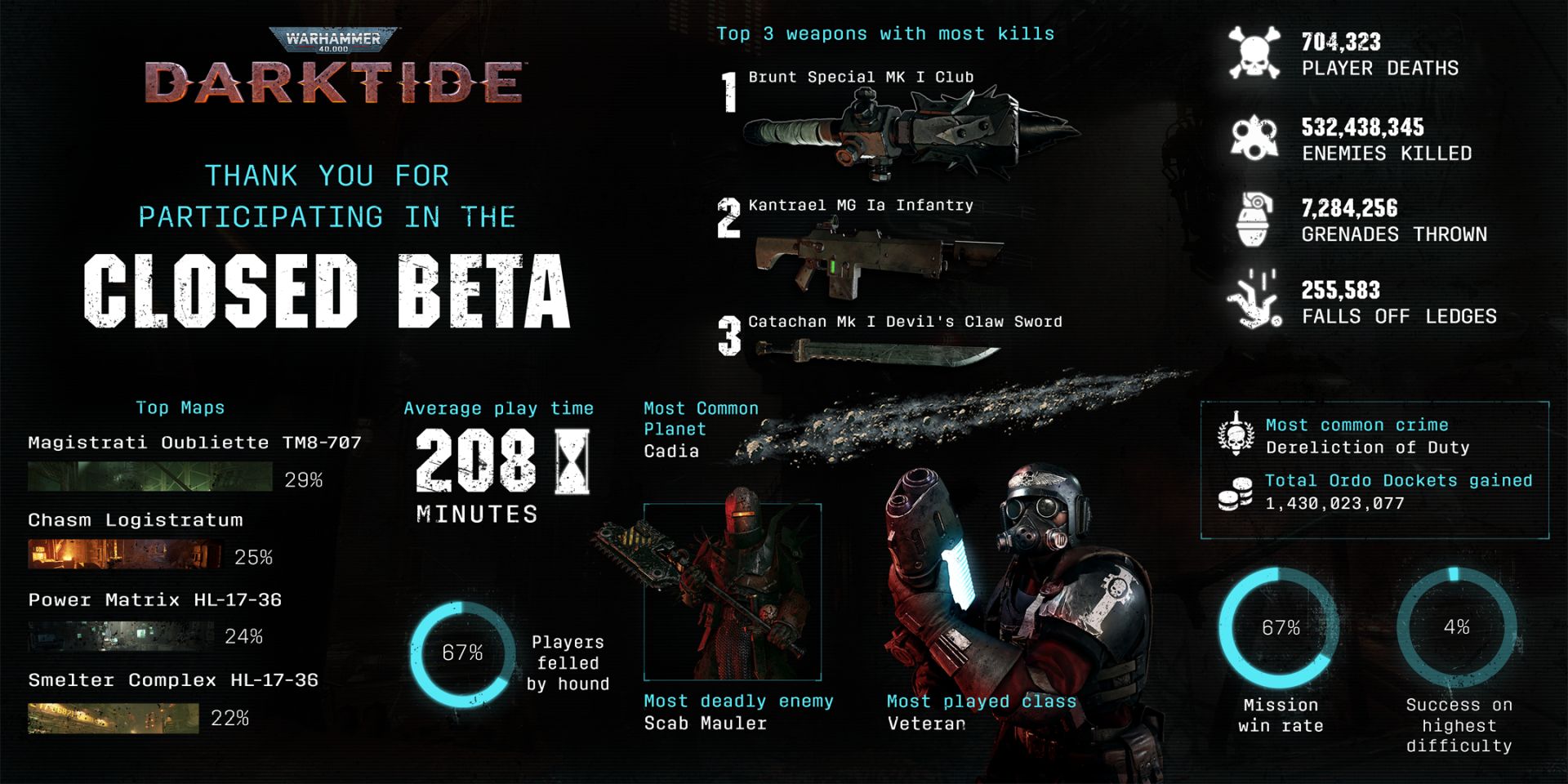