"We ripped it out, started over, and created a completely new crafting system, which will be much better," says Fatshark's Victor Magnuson.

The co-op shooter launches on Steam, the Microsoft Store and Game Pass. The Xbox Series X/S version still doesn't have a release date.

The developer will "gradually be rolling out" the rest of the features throughout December, and build on them further in the future.

The pre-order beta receives some changes and the addition of Oska Krall, Chirurgeon of the Mourningstar, who can help change one's appearance.

The three-day closed beta for Warhammer 40,000: Darktide is now live on PC, and registrations are still open through the game's Steam page. 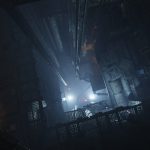 Fatshark's upcoming first person action title is continuing to look like an impressive step forward for the Vermintide formula.