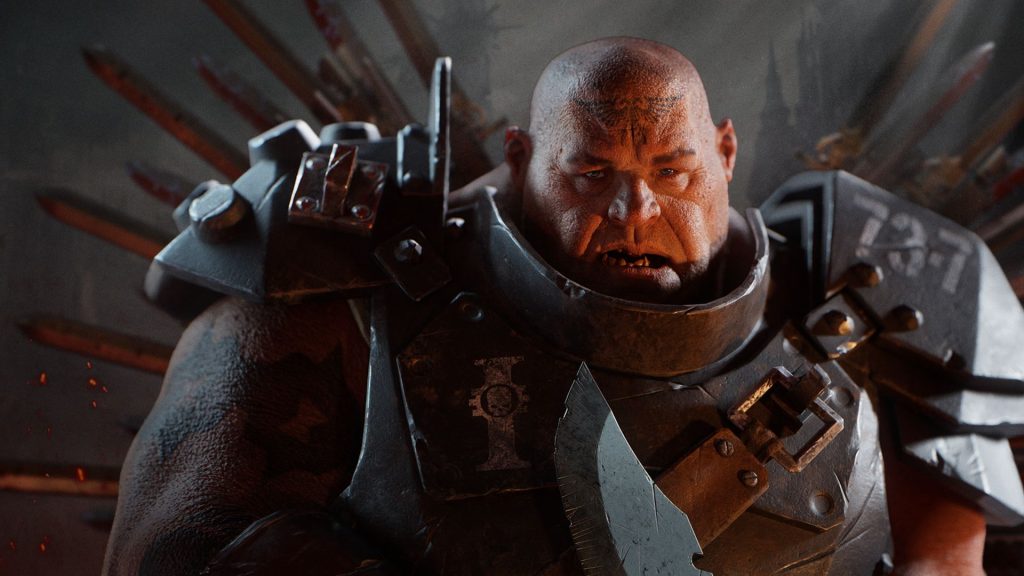 Continuing its series highlighting Warhammer 40,000: Darktide’s classes, Fatshark has detailed the Ogryn. Described as “abhumans,” the Ogryn possess extraordinary strength and durability. In the Hive City of Tertium, where the forces of Chaos have run rampant, that means smashing hordes of enemies to bits.

The Skullbreaker is a sub-class for the Ogryn that leans further into that, focusing on melee combat with a club (though they have a Thumper Shotgun for ranged damage). Their passives include increased heavy attack damage with melee, high damage reduction, greater toughness when scoring melee kills and faster revive and assist speed.

The Ogryn’s class ability is “Bull Rush,” which sees them rushing forward and knocking enemies aside, temporarily gaining increased attack speed and movement afterwards. For more details on the other classes, check out the Zealot/Preacher and Veteran/Sharpshooter.

Warhammer 40,000: Darktide launches on November 30th for PC, and shortly afterwards for Xbox Series X/S. Pre-orders will receive access to the pre-launch beta, which kicks off on November 17th.