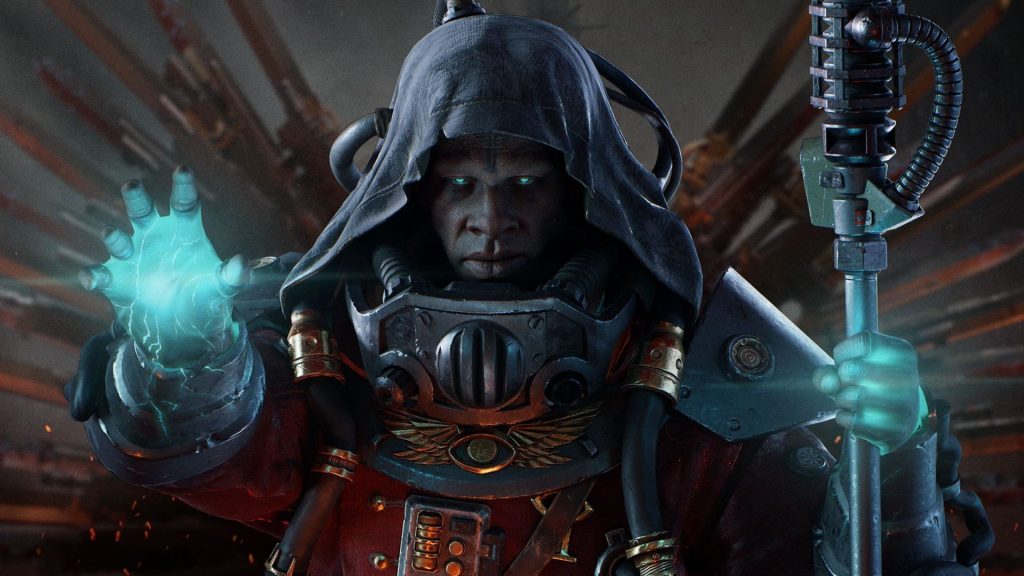 After the Preacher, Veteran and Ogryn, it’s now the Psyker’s turn to be highlighted in the latest Warhammer 40,000: Darktide trailer. Psykers are somewhat like mages, except they rely on psychic abilities and channel Immaterium. As such, they require extraordinary control, lest the Warp takes them.

The Psykinetic class is about crushing enemy heads with Brain Burst. They’re good against Elite enemies and start with a Combat Sword and Stub Revolver. They lack strength and durability and must keep a safe distance from the hordes of enemies.

Using their abilities generates Peril, and if you don’t meditate to Quell it, death by explosion is likely. Slain foes generate Warp Charges, increasing Peril quickly. However, these can be discharged to knock enemies back, serving as a defensive measure.

Warhammer 40,000: Darktide is out on November 30th for PC, with the Xbox Series X/S version arriving later. A pre-launch beta begins on November 17th for those who pre-ordered the game.