Abnett is known for his work on Warhammer 40,000 novels like Gaunt's Ghosts and Eisenhorn along with writing comics for DC, Marvel and more. 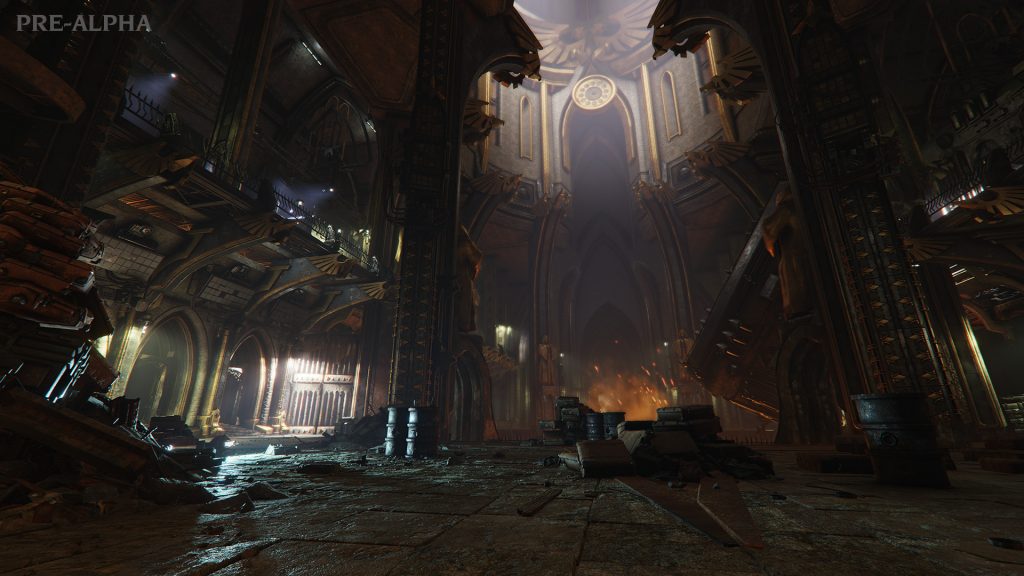 Fat Shark debuted some new gameplay for Warhammer 40,000: Darktide, its co-op action title set in the Warhammer 40K universe. It offered brief snatches of gun play and melee combat but the announcement of Dan Abnett as the game’s writer is perhaps a bigger deal. Check out the reveal trailer below.

Abnett is known for writing acclaimed Warhammer 40,000 novels like Gaunt’s Ghosts, Eisenhorn and The Horus Heresy. He’s also written for a number of different comic book series including Annihilation: Conquest, War of Kings, The Thanos Imperative and so on. Abnett said in a press release that, “Working with Fatshark has been fantastic. It’s great to partner with them and see their amazing skills create the universe of Warhammer 40,000 in vivid, realistic and interactive ways. Things I’ve only imagined before, or created in prose, are exploding into life.”

Some new details on Darktide’s story were also revealed. It takes place on Tertium, a Hive City on Atoma Prime which is a big deal for the Imperium of Man. The forces of Chaos make their way to the planet, corrupting its denizens. You start out as a prisoner who is recruited by the Inquisition, the Imperium’s elite squad. To prove your worth, you take on missions from a hub and slowly work your way up the totem pole.

Completing missions will build more trust with the Inquisition and unlock new things to do. The DNA is unmistakably similar to Warhammer: Vermintide 2 but with combat being more FPS-focused. Warhammer 40,000: Darktide releases this year for Xbox Series X/S and PC via Steam. Stay tuned for more details in the meantime.