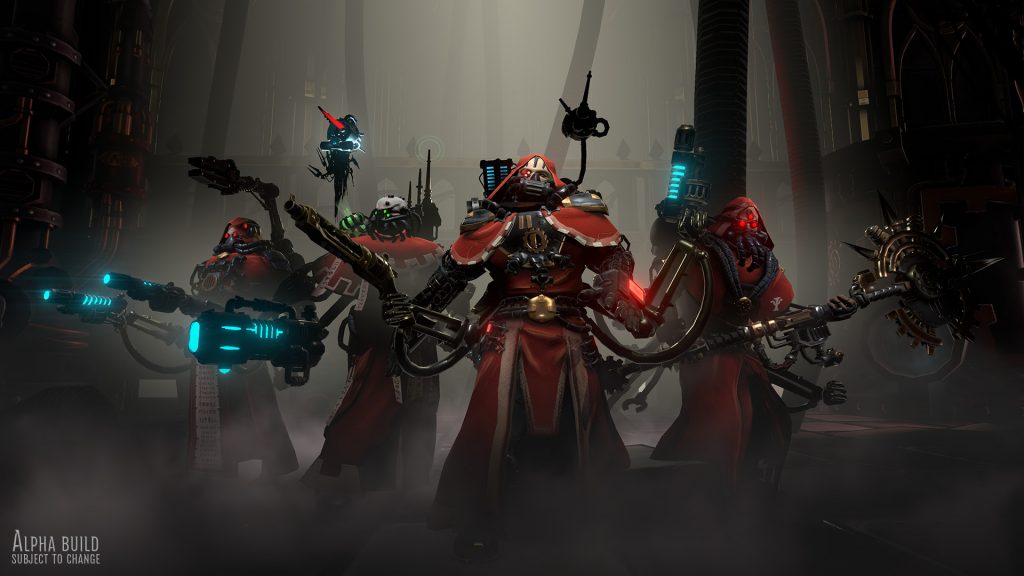 Warhammer 40,000: Mechanicus, an upcoming turn-based tactical game is set to release this year on PC, as per a recent announcement made by the game’s publisher Kasedo Games. The game will put players in charge of the army of The Adeptus Mechanicus who are the most technologically advanced army in the Imperium of Man.

As Magos Dominus Faustinius, the player will lead the army on an expedition into the planet of Silva Tenebris. The army is sure to come up against some very dangerous foes but they will be able to stand their own due to the augments that are used to augment Tech-Priests. Players can also “Use the Adeptus Mechanicus’ evolved human cognition to scan unexplored tombs for valuable data in order to gain a tactical advantage over your enemy.”

Additionally, you will also have to make lots of difficult decisions in the game which will affect the game’s ending. This game certainly looks interesting, and if you want to learn more about it, you can visit its Steam page.