Speaking to Miguel Caron, studio Head for online games at Behaviour Interactive and who is busy developing the MMORPG Warhammer 40K: Eternal Crusade, we managed to get his take on the Xbox One’s Cloud gaming functionality, especially whether Eternal Crusade would be taking advantage of the same at some point.

Caron replied, “I don’t want to reveal too much, but we’re planning a big event at GDC next year, where we’ll showcase our game with new technology with a very strong focus on internet partners that we have. The game can run in the cloud, can be hosted in the cloud, instead of on a server farm inside of a dedicated building. So cloud gaming is something that we’re already working on, and it’s very important to us.

“We haven’t revealed exactly how we’re going to do it yet, maybe because we’re still designing it, but to answer your question, yes we know about it, yes it’s important to us, and yes, my goal, after we’ve done a lot of tests, because our game is very twitch sensitive, so we need response that is way below eighty milliseconds to make it fun, but my ultimate goal is to have the game hosted in the cloud at launch. 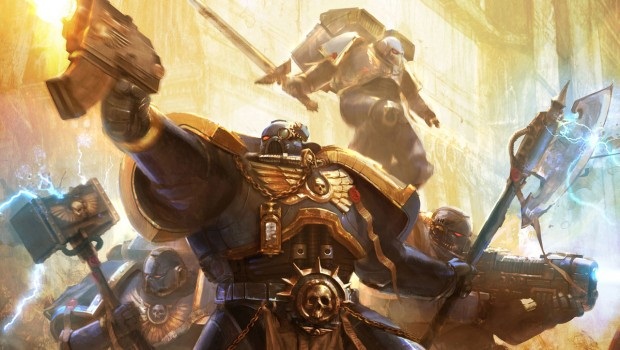 We also talked to Caron about how to keep a free to play title such as Eternal Crusade, which is to release in 2015, safe from the market fluctuations that would crop up, especially considering the evolution that the genre has seen in such a short period.

“One bad habit I noticed when I worked at my IT firm before the dotcom bubble burst, and one I see now in the gaming industry is to dictate to the consumer what his behavior should be: what he should like, how he should pay for it. Obviously, the gaming industry is in the midst of very large changes. From a year and a half ago, to now there’s been big changes in the industry, so it’s kind of like the dotcom bubble.

“The gaming industry hasn’t crashed, it’s just that the business has moved, you know? It’s moved from selling triple-A console games in boxes to mobile games that are making more money than some of the console games, from the subscription business model in MMOs to Free to Play. So it’s not that it’s crashed, which is a good thing, it’s still growing, it’s that moving between the different styles that the industry has unfortunately created. Usually, when I see a flock of sheep going left, my first instinct is to go right, right? So in terms of the business model, it’s a hybrid business model.  You have a premium, which is a lot like Guild Wars 2, but with a Free to Play option, which are the Ork Boyz.

“So there’s two groups of Orks. There’s the Ork Nobz, which are equal to the Space Marines, the Elder and the Chaos, but there’s another sub-faction which are the Ork Boyz, and they are a Free to Play faction. Both models are in the game, and once you play the Free to Play Boyz, you can upgrade through microtransactions just as if you’d bought a full Nob package or a full Space Marine package.

“And once we decide how many points we’re putting on the table, we decide what kind of units we’re going to play, so I could play one Stompa, which is a Titan for the Orks, or one hundred Boyz. It’s the same way in the game. This approach in design is kind of a natural safety net for the changes that will happen in the marketplace in the next few years, and that’s why we don’t want to dictate to the players. This is a player driven game.”

You can check out our full interview here for many more details. Warhammer 40K: Eternal Crusade is set to release on Xbox One, PS4 and PC in 2015.