Two new characters - Bragi and Elessa - have been unlocked. 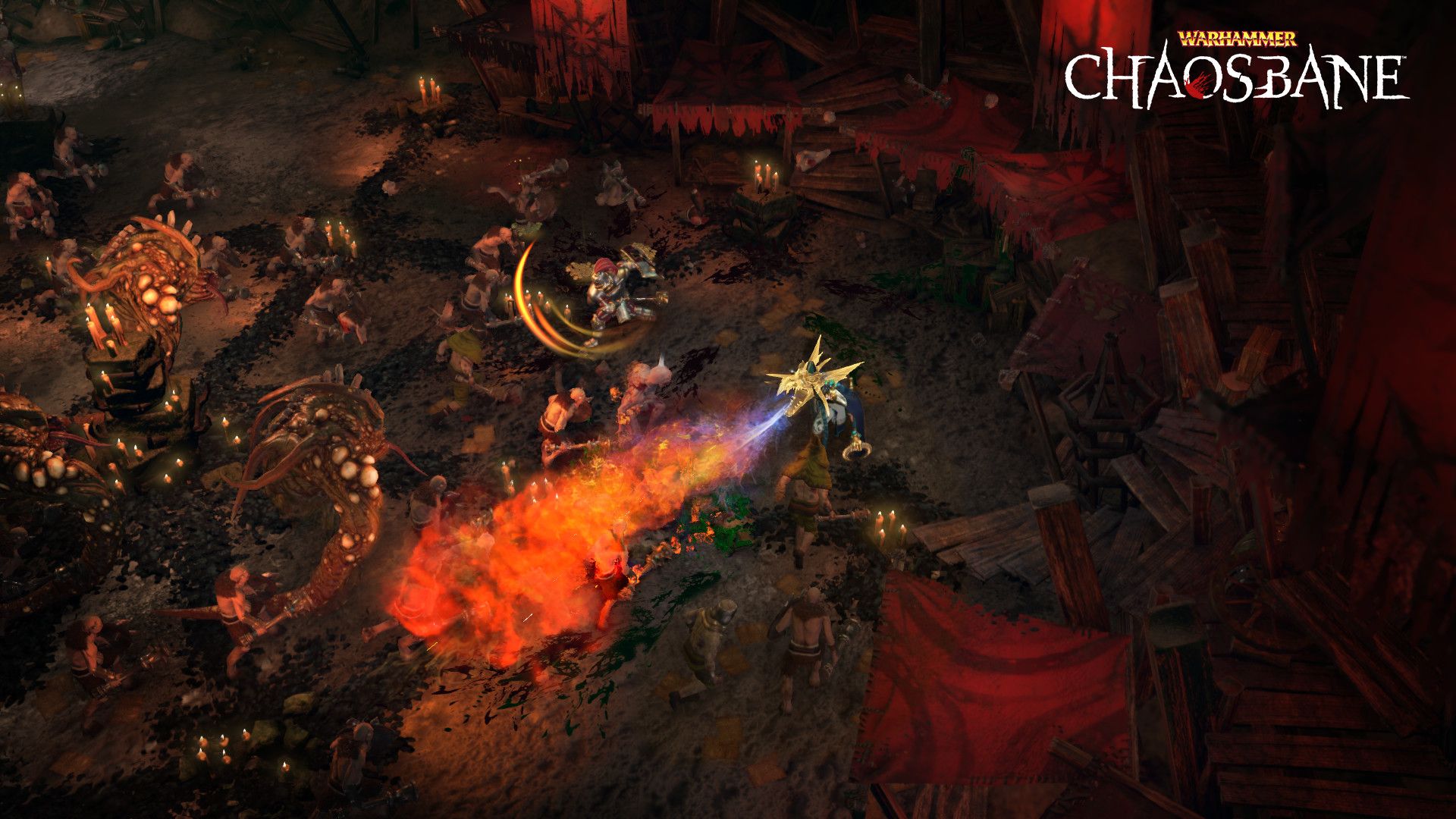 The private beta for Warhammer: Chaosbane, Eko Software’s action RPG take on the Old World universe, is now available. This is actually the second private beta for the game thus far and unlocks two new characters – Bragi and Elessa – for play. The beta will last until April 24th.

Along with access to Act 2, the private beta has new environments in Act 1 and some more missions in Nuln. Improvements have been made to balance the enemies, loot, skill, and XP awards, while a percentage comparison was provided between gear. This allows players to better understand what’s better.

Other features include more sound effects, improved combat feedback through visual and sound changes, and additional languages supported. Those annoyed with the inventory management can take heart – dragging and dropping items with the mouse and keyboard is smoother. Filters are also in place to allow for better item sorting.

Warhammer: Chaosbane is out on June 4th for Xbox One, PS4, and PC. Check out the private beta trailer below.