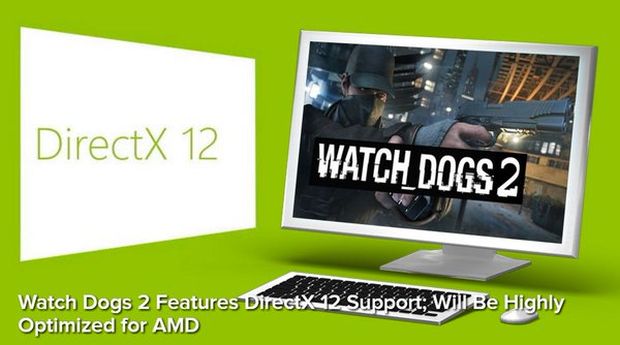 It’s not surprise that Ubisoft is working on Watch Dogs 2, a sequel to its ambitious but deeply flawed open world title from 2014, but some more interesting details are beginning to emerge. After the original used Nvidia Gameworks, it’s been revealed by AMD’s Roy Taylor that the sequel will be “highly optimized” for AMD GPUs while also supporting DirectX 12.

Given the history between Nvidia and AMD, especially over the latter’s anger over Gameworks intentionally slowing performance on AMD GPUs, it should be interesting to see where this goes. Ubisoft and Nvidia have always been staunch partners for a variety of titles so you have to wonder what the deal is with Watch Dogs 2.

Though it hasn’t been officially revealed, rumours have suggested that Watch Dogs 2 will release this year to fill the vacant slot left by Assassin’s Creed. E3 2016 is as good as any place for a reveal so stay tuned for information on the same and let us know what you think in the comments.