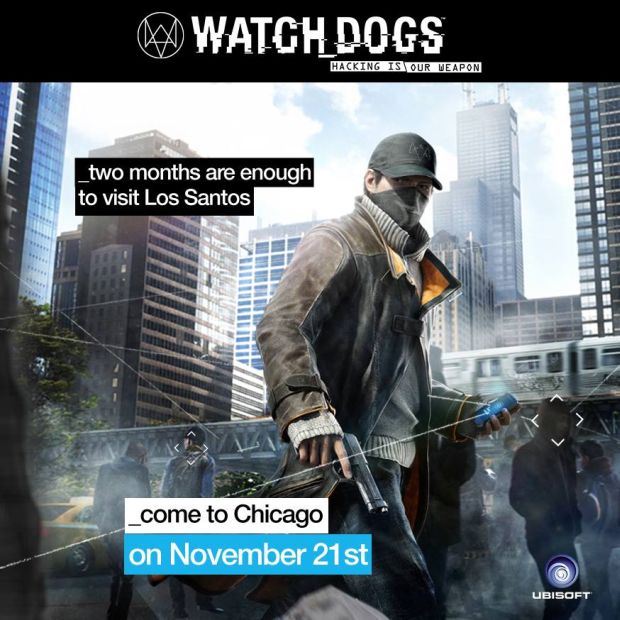 You just had to figure that one or the other open world game developers would have something to say on the day of Grand Theft Auto 5’s release. We’ve already seen Volition stating that the “GAT V” DLC is now available for PC, and now Ubisoft is stepping up to the plate in preparation for the November release of Watch_Dogs. The picture above, posted on Ubisoft Nordic’s Facebook page, says it all really.

But are two months really enough in Los Santos? That remains to be seen. As it stands, Watch_Dogs will take a completely different approach, allowing you to hack into various aspects of Chicago’s CtOS system in order to bend the system to your will. This means stopping trains, setting up road blocks, hacking back accounts and generally being the literal super man from the machine that you can be.

Watch_Dogs will be releasing for PS4, PS3, Xbox 360, PC and Wii U on November 19th in North America and to the Xbox One on November 22nd worldwide. Stay tuned for more.