Abstergo employees roam the streets of Chicago in Watch Dogs. 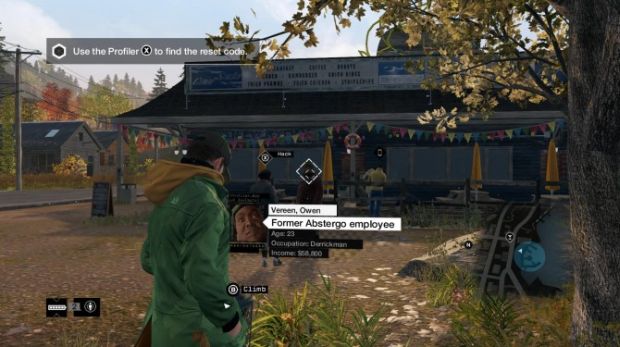 It’s no secret that Ubisoft likes to hide little Easter Eggs for its Assassin’s Creed within its different franchises and Watch Dogs is certainly no exception. Another Easter Egg has been found in the game (courtesy of a Reddit user) relating to a former Abstergo employee, which can be found on scanning random citizens in the open world hacking adventure.

This likely won’t be the last Easter Egg for Assassin’s Creed we see in Watch Dogs and it will be interesting to observe other secrets that Ubisoft might have tucked away in the game. Regardless, until the game officially releases tomorrow, we’ll have to rely on whatever testimony arrives from previously leaked copies.

Watch Dogs will be out on PS4, Xbox One, PS3, Xbox 360 and PC tomorrow. Will you be picking it up or have you already managed to snare your own copy? Let us know in the comments and stay tuned for our official review of the game later this week.