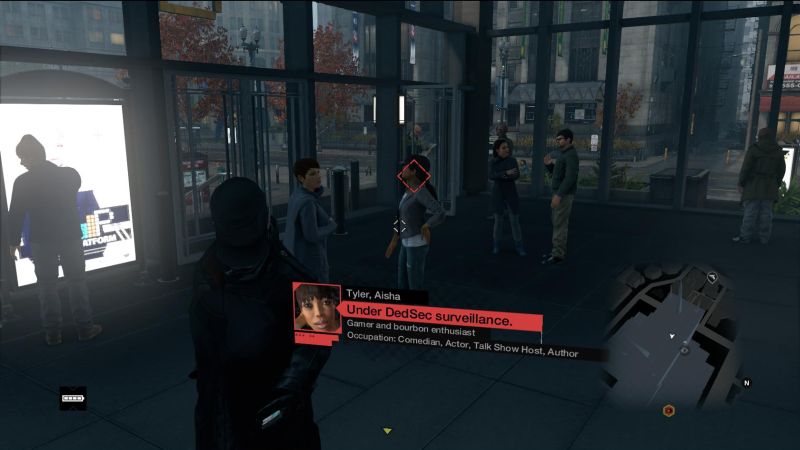 There have been a number of Easter Eggs discovered in Ubisoft’s Watch Dogs> The character profiler in the game has thrown up a ton of disturbing characters and there have even been ties to the Assassin’s Creed series spotted along with a number of memes. If that weren’t enough, Aisha Tyler also make a cameo in the game according to an image captured by a Reddit user.

Tyler’s character profile in the game describes her as a “Gamer and bourbon enthusiast” with comedian, actor, talk show host and author listed under her occupations. She’s obviously under DedSec Surveillance because why not? Tyler is also famous for hosting Ubisoft’s E3 media briefing in 2013 – she will be returning as host for this year’s Ubisoft E3 media briefing. Did we mention her role in Archer? You might be familiar with it.

What interesting things have you spotted in Ubisoft’s Watch Dogs? Let us know in the comments below.