Use this sleek, stealthy vehicle as you see fit when the game releases. 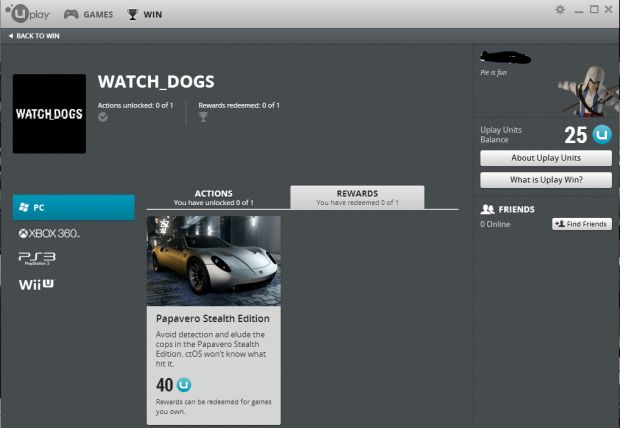 Apparently, you’ll be able to unlock the Papavero Stealth Edition for Ubisoft Montreal’s Watch_Dogs on uPlay for 40 uPlay points. This is the only reward that’s been leaked thus far via the mobile app. Take a look at it above.

The vehicle, as the name indicates, is incredibly good at outwitting cops besides looking drop-dead gorgeous. If you’ve ever shied away from uPlay due to DRM controversies, the fact that it’s not Steam or just because, then this may be a decent incentive to get back on the bandwagon.

Watch_Dogs is an open world action adventure where players take on the role of hacker Aiden Pearce, who can hack anything and everything in the city to use as a weapon. Pearce acts as a vigilante, righting any wrongs committed, by hacking into the city’s CtOS to gain information on residents, hijack vehicles and even shut off the power.