Plenty of new details for the game's post-launch support have been revealed. 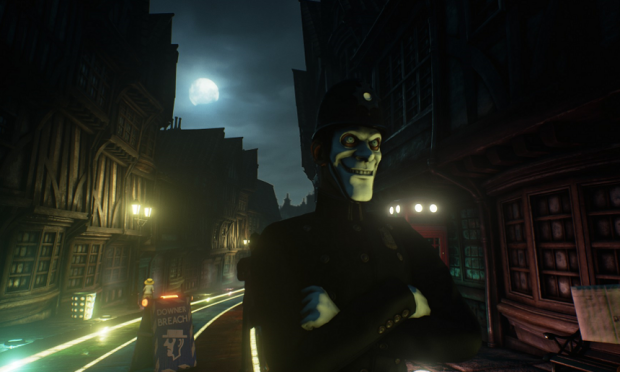 We Happy Few’s final launch is almost upon us, and ahead of its release, developed Compulsion Games have shared details on the game’s DLC, as well as its Season Pass. The most notable piece of information? The first content update will be a Sandbox Mode, which, by the way, will be added to the game for free.

The Sandbox Mode will allow players to customize the world as they see fit, giving control over everything from its size to how many creepy mask-faced enemies you encounter, to how many food sources there will be in the world, and more. Sandbox Mode will also let players customize rules, one of which will also allow you to play as a Wellie (the aforementioned creepy mask-faced enemies). A release date for the Sandbox Mode hasn’t been confirmed yet, though.

Then there’s the Season Pass, which at first is only going to be included with the game’s Deluxe Edition, but will also be made available for purchase later on. The Season Pass will give players access to three more stories in the game, titled “Roger & James in: They Came From Below!”, “Lightbearer”, and “We All Fall Down”.

The short blurbs Compulsion Games have provided for each of these stories are not too descriptive of what they might entail, but they’re pretty intriguing nonetheless, so head on over to their page through the link above if you’re interested in reading a bit more about them.

A new overview video and some screenshots were also recently released for We Happy Few– check them out here. The game launches on August 10 for PC, Xbox One, and PS4. Meanwhile, in case you hadn’t heart, Compulsion Games are now a Microsoft first party studio following their recent acquisition.