Back before online gaming systems were stable enough to host proper DLC, we all had to rely on expansion packs to add supplementary content to our favourite titles. PC gamers in particular will likely remember the prevalence of expansion packs with a great deal of warmth but, as pleasant as the nostalgia can be, times have moved on. We Sing: Pop offers some decent tracks for the price but, without any major additions or improvements to the problems encountered in the core engine, it struggles to feel like it’s worth it. 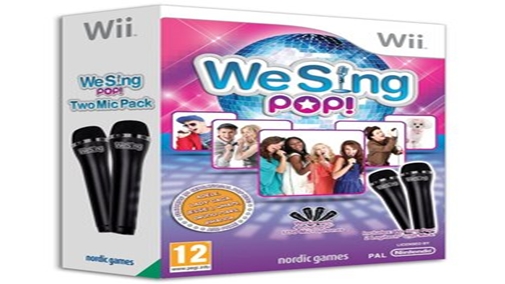 As you may have guessed, We Sing is a karaoke singing game for the Wii developed by Nordic Games. Having already reviewed We Sing: UK Hits, you’ll find a detailed description of the game’s mechanics and feedback in the previous review. The purpose of this review is to focus on the new tracks on offer in We Sing Pop.

Any music game is made by a strong set list, and We Sing once again manages to hit home with an impressive set of songs on disc. The subtitle of “Pop” made me imagine horribly manufactured boy/girl band style songs only, but the game does a great job of creating a more well rounded set of popular music. Almost all of the major sub-genres of pop music are represented with dance, rock-pop and R and B style tracks making an appearance. The difficulty of the songs is also varied amongst the set list, offering a decent challenge on some of the more vocally demanding tracks. There are also plenty of duet tracks that offer a nice co-operative alternative to the conventional multiplayer versus modes. 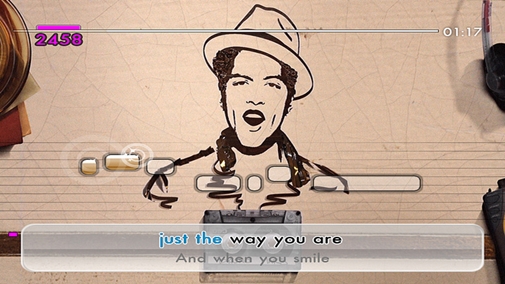 Most of the songs are very contemporary, making them instantly familiar

The track list is largely contemporary, with many of the songs being barely out of the charts. Regardless of your disposition towards modern music, the familiarity of the tracks makes We Sing accessible, an inevitable boon for a party game. Some surprise older tracks make their way into the fray though, with Sonny and Cher’s “I got you babe” being a particularly refreshing track in amongst Adelle and the Killers. Plus, Cyndi Lauper also makes an appearance, so what more could you possibly ask for?

It could be said that there’s something for everyone in We Sing Pop, but that also means that there will be plenty of tracks here that won’t tickle your fancy. The problem comes then, especially if you have any other We Sing titles, in Nordic Games’ method of song distribution. We live in an age where DLC is an important part of gaming and, even on the Wii, it is a viable and very necessary option for any successful music game. By distributing new tracks on disc, it forces players into paying out more money, no doubt for a large selection of tracks they probably dislike hidden in amongst their favourites. The fact that there are no improvements to We Sing’s various feedback problems further makes it seem like a poor investment if you’re just interested in getting some new tracks. 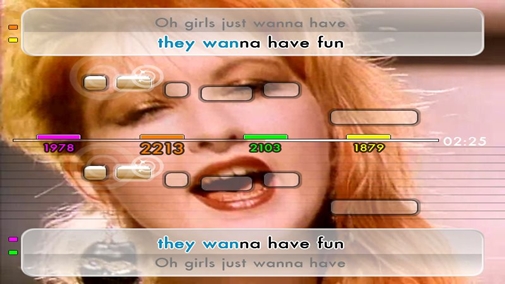 Who doesn’t want to sing along with Cyndi?

It’s certainly an old and archaic way of adding content to an existing game but, if it’s your first We Sing game or you really love the track list, then it could well be worth forking out for. Check below for a full track list, as it’s likely to be the deciding factor in a potential purchase.

This game was reviewed on Wii.

New songs are memorable and recognisable, Set list is varied, Allows up to four players

Final Verdict:
FAIR
A new set of songs for Nordic Games' Wii karaoke title, We Sing: Pop offers a nice set variety and decent tracks, but the use of whole new games for extra tracks feels archaic
A copy of this game was provided by Developer/Publisher/Distributor/PR Agency for review purposes. Click here to know more about our Reviews Policy.