Construction Simulator 2 Devs On Switch Version: Maybe An Option For The Future

Some games aren’t “perfect for the Switch”, you know. 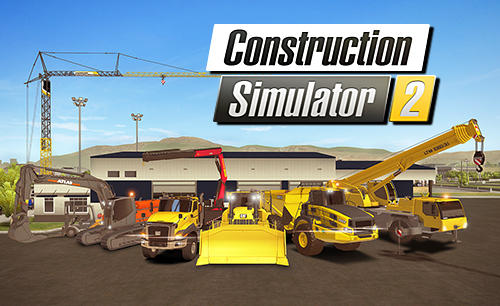 Update: We have included more quotes to properly contextualize the developer’s comments. In order to reflect this, we have also updated the headline.

You know what I’m already sick of hearing? “Game XYZ is perfect for the Switch.” Not that that’s ever not true- given Switch’s very nature as a console-handheld hybrid, literally every game (or almost every game, at the very least) is perfect for the Switch. That’s why developers and publishers are flocking to the Switch with incredible support in droves, either through ports or through promises of future releases.

The developers of Construction Simulator 2, though, are a little less confident. We recently sat down for a chat with René Nold, who’s the CEO of weltenbauer. Software Entwicklung GmbH, and asked if they have any plans to bring their game over to the Switch. He said that while it’s certainly something they could consider in the future, for now, they’re not sure if the Switch community would be very receptive of their game.

“We thought about it, but we were not sure if the growing Nintendo Switch community would accept our game,” Nold told GamingBolt. “Therefore, we initially concentrated our work on the already “established” consoles. This adventure was already big enough for us. But anyway, the Switch is for sure an exciting console too. Who knows, maybe an option for the future…”

“The experience of bringing a game to consoles was something completely new for us,” Nold said earlier in response to a separate question. “With Construction Simulator 2 we had a ready-made and well-functioning game and were therefore able to focus on the porting process itself and tackle all the unique challenges that come with console platforms. The consoles have been a completely blank sheet for us until now but we are glad that we could gain some experience in this regard with the implementation of the Construction Simulator 2 port.”

Well, given how well smaller indie titles have been doing on the Switch, and given Switch’s ability to function as a gaming tablet as well, I for one think something like Construction Simulator 2 could actually work pretty well on the system. Hopefully it’s something that they’ll choose to do in the near future. You can read our full interview with Nold here.