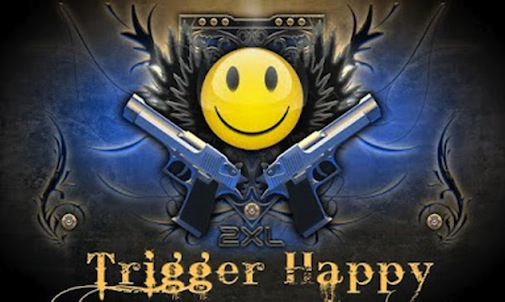 For all of it’s failures, the movie adaptation of Doom had an impressive sequence: The movie was taking place from a first person perspective, showing us, for once, the true essence of a first person shooter “movie”.

Of course, various found footage films proceeded to far, far, FAR out-rank the atrocity that was the Doom movie. But that one little nifty bit still lives on.

Thanks to the power of augmented reality, smartphones and Android, however, you can now recreate your own FPS videos with Trigger Happy. The app allows one to effectively insert themselves into an FPS scenario, complete with various weapons like a 12 gauge shotgun and Browning 50 caliber machine gun. Of course, that also entails filming hilarious death animations.

Additional Flash support even lends itself to particle effects. Here’s hoping for a BFG-900 in the future.

Developed by 2XL Games, Trigger Happy is available for 99 cents on the Google Play store.