So much was said about the vaunted, fabled Switch Pro – a mid-life update for the Switch that would modernize the tech thoroughly, and allow the platform to remain competitive on a hardware level with everything else for a few more years while Nintendo worked away on the Switch 2. There were reports, leaks, discussions on the pricing and the presumed hardware capabilities, and what that might indicate for how Nintendo approaches hardware going forward, and even discussion on third party support for this thing.

So, where did it all go wrong? Now that we’ve had time to reflect on the new Switch revision coming this year – which isn’t a Switch Pro or anything even resembling that, and is instead just a very minor refresh, more along the lines of a PS4 Slim than a PS4 Pro, an Xbox One S than an Xbox One X – we’ve more or less made our peace with the Switch OLED being what it is. In isolation, it’s an inoffensive and innocuous refresh, addressing some common complaints with the system – the kickstand quality, the lack of the ethernet port, increasing screen size and quality – but doing very little beyond the bare minimum. But within the context of the years of reporting on the impending Switch Pro, which this decidedly isn’t, we have to ask – what the hell happened here? How was there so much smoke with barely any fire?

A lot of people, in the aftermath of the Switch OLED announcement, have pointed out that the Switch Pro rumours never made sense, that it went against Nintendo’s modus operandi. But that… isn’t really true? One of the key points I’ve reiterated in all my discussions of the Switch Pro is that it is right in keeping with Nintendo’s trajectory for its portable systems. The Gameboy got Gameboy Color, the DS got DSi, the 3DS got New 3DS. Nintendo has been doing these mid-cycle bumps for their handhelds since before Sony or Microsoft seized upon the concept, the Switch Pro – had it been real – would merely have been the latest example of that.

Now, there is something to be said about the degree of updates that were rumoured. Perhaps one can say the rumour mill got carried away – 4K, DLSS, and a spec bump that would put the system at or beyond the level of an Xbox One S was a far more significant jump than the Gameboy Color or New 3DS were. But at the same time, Nintendo’s partnership with Nvidia, the latter having developed and iterated on their mobile Tegra SoCs, did indicate that Nintendo would be able to do something on the level of the rumoured Switch Pro, and do it fairly cheaply. In the past, where Nintendo has developed its own hardware from the silicon up, it’s made sense that it’s stuck to cheaper and outdated off-the-shelf technology. But with Nvidia as its partner, Nintendo does have the capability to bring a more sophisticated SoC to the Switch, while not having to deal with costs to the same extent as before. And Nvidia’s technology, such as DLSS 2.0, also gives the Switch an extremely easy “cheat” to be able to meet the graphical standards of the other modern platforms, without having to splurge on silicon as power hungry as the other consoles use.

What I am trying to say here is, the Switch Pro rumours were not even remotely as unreasonable or pie in the sky style pipe dreams as many have tried to make them out to be. They were fairly reasonable, grounded in credible and sourced reporting, and backed by an understanding of mobile tech advancements in the last few years, and particularly mobile tech that Nintendo has access to thanks to its partnership with Nvidia.

And that “credible and sourced reporting” is what I want to come back to for a moment – because the reports came from Bloomberg, and Bloomberg isn’t a hobbyist video game blog that makes things up to get hits, it’s one of the biggest and most respected trade publications in the entire world, and it has an uncanny track record for accuracy, including specifically with Nintendo and the Switch. Bloomberg’s reports were citing assembly line and manufacturing processes, as well as game developers, as sources for its knowledge on this Switch Pro.

So we’re back to the question of, what happened? There was far too much smoke – credible smoke – for this thing to have fizzled out. What’s going on with the Switch Pro? 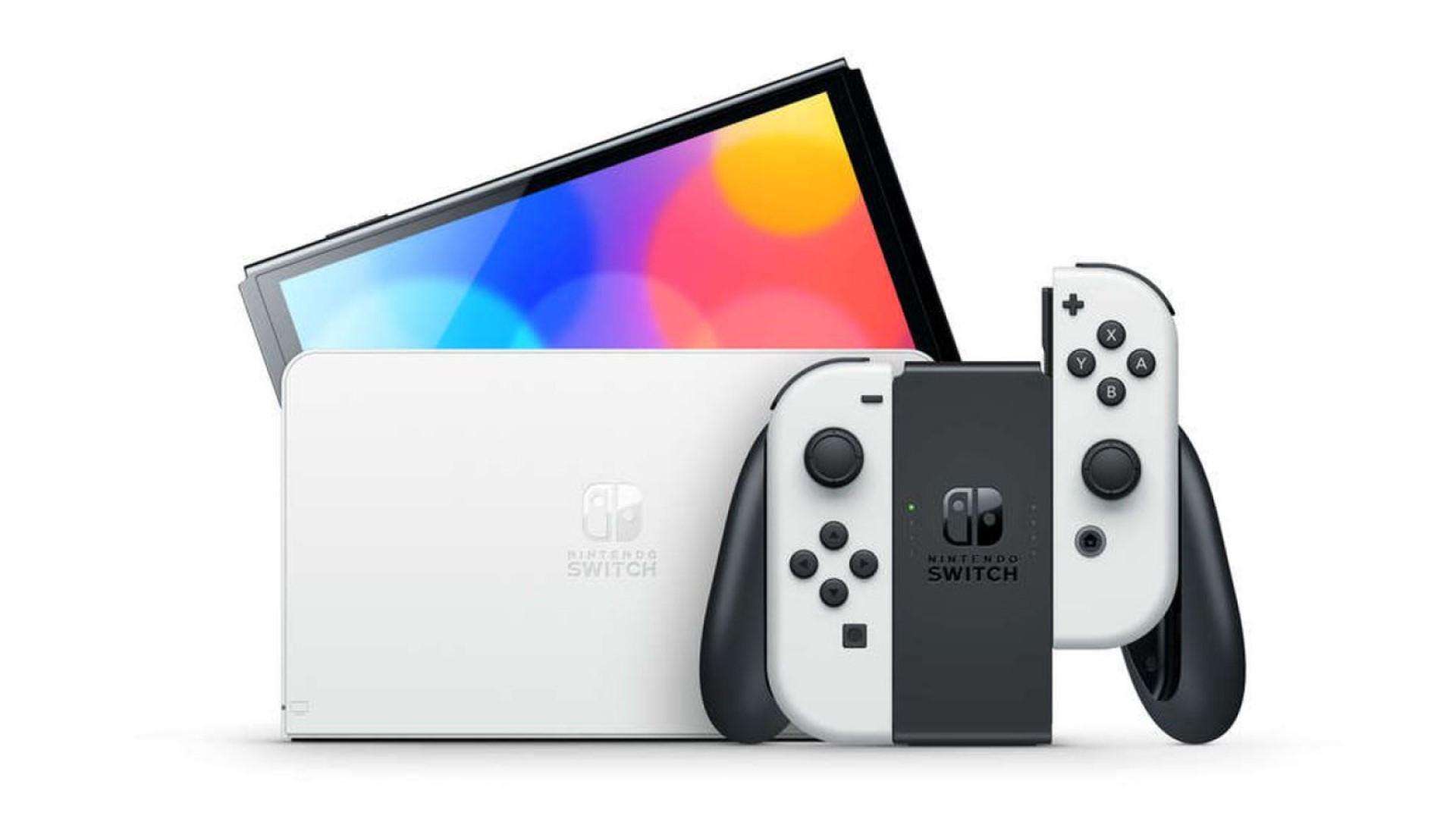 Obviously, everything from here on is theory and speculation. I don’t have an inside track at Nintendo, and the inscrutable company is famously unpredictable at the best of times, so it’s best to treat this as educated guesswork. But I think what happened here is a case of crossed wires. Put simply, I think that what people assumed is the Switch Pro, is in fact an early version of the next generation Switch – and that reporting got mixed up with the reports from manufacturing of a new Switch model coming this year (which turned out to be this minor OLED refresh), and caused many to assume that the more powerful Switch was coming this year – which, obviously since it’s too early for a Switch successor right now, would have to be a Switch Pro.

In fact, it’s even possible it was intended to be released as a Switch Pro at some point. Maybe Nintendo had originally intended on launching it this year as a Pro, but then after the Switch became on track to be the bestselling system of all time early last year, they decided that it didn’t need that kind of help – and decided to retool that into the successor, launching a modest OLED screen refresh this year instead. Of course third parties would be aware of this upcoming system (whether it was ever planned as a Pro or not) – Nintendo would be sending out early dev kits, getting their feedback on what improvements they should make, probably be letting them know about the kind of new functionality and capability they should expect from this new system. So those early reports, when they first started leaking? Those were probably all well sourced and accurate. Third parties presumably do have a significantly more capable Switch they’re working with right now. The trouble started when someone made the – again, not really unreasonable – assumption that this more powerful Switch is the Switch model that’s getting introduced this year. 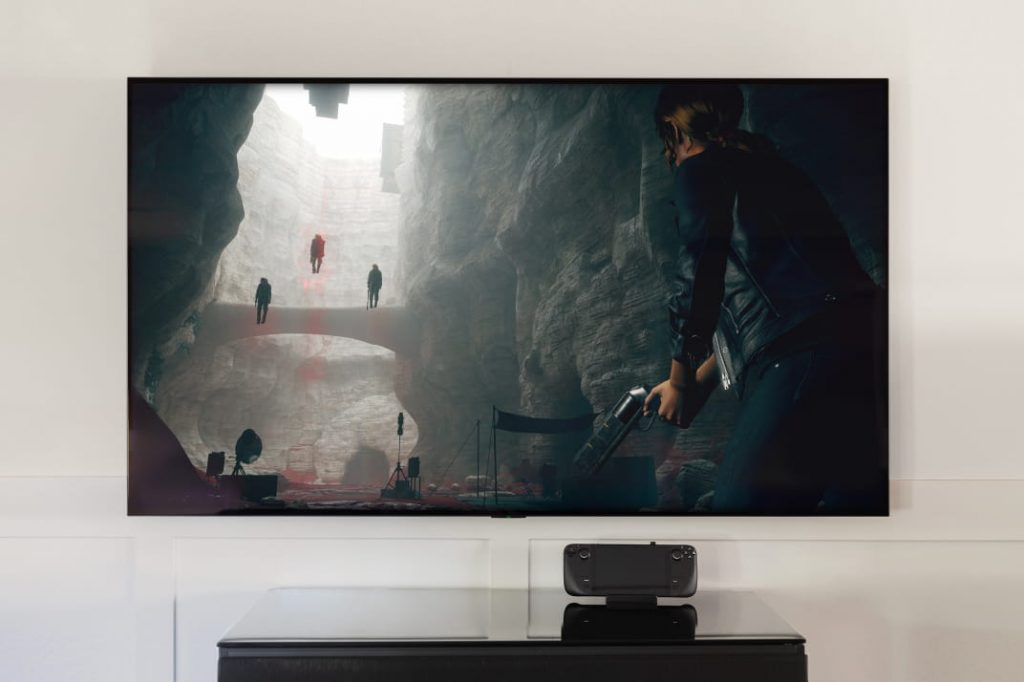 In either case, I think we can and should put the expectation that the Switch Pro does exist, and will probably come next year or so, to rest. I think it’s safe to conclude at this point that won’t happen, because the Switch is now four and a half years old. The point of these mid-cycle revisions is to reinvigorate the platform mid-cycle, and the Switch is now decidedly entering the last leg of its life. Even if a Switch Pro were to release next March, it would be at a point where the Switch is five years old – for comparison, the New 3DS came three and a half years after launch (in Japan), and four years after launch (everywhere else). The PS4 Pro came less than three years after the PS4 launched. The Xbox One X came four years after the Xbox One launched. There’s a very defined window for when something like this can be released and expected to do well – that window has closed for the Switch now.

So what does that mean, then? I think it means the Switch successor is on the horizon. It’s probably a bit shocking to think about it, but again, the Switch is nearing five years old now. I think next year, we’ll start to hear rumblings of a Switch 2, explicitly identified as such, for certain, and I think we can expect to see a release in 2023, or maybe early 2024 at the latest. This Switch 2 will presumably not match the just announced Steam Deck in specs, to be honest – but I think it having DLSS 2.0 and more an ARM SoC that games are directly optimized for, will help it remain competitive with the visuals it manages to push out regardless. I think this Switch 2 will end up being approximately comparable to it – which will, in turn, represent a full generational leap over the current Switch, and a much bigger leap than we would have expected from a Pro style revision.

But as for the Switch Pro? It doesn’t exist. If it once did, it doesn’t anymore. It’s not happening. It’s not getting released. It’s time to give it up and move on. On the Nintendo side of things, even though fans don’t have any exciting new hardware to look forward to, at the very least there is still a cavalcade of some fantastic looking games launching within the next year and a half – hopefully to lead directly into a running start for that inevitable Switch 2.