Please use the back-next back buttons to navigate through the gallery below. 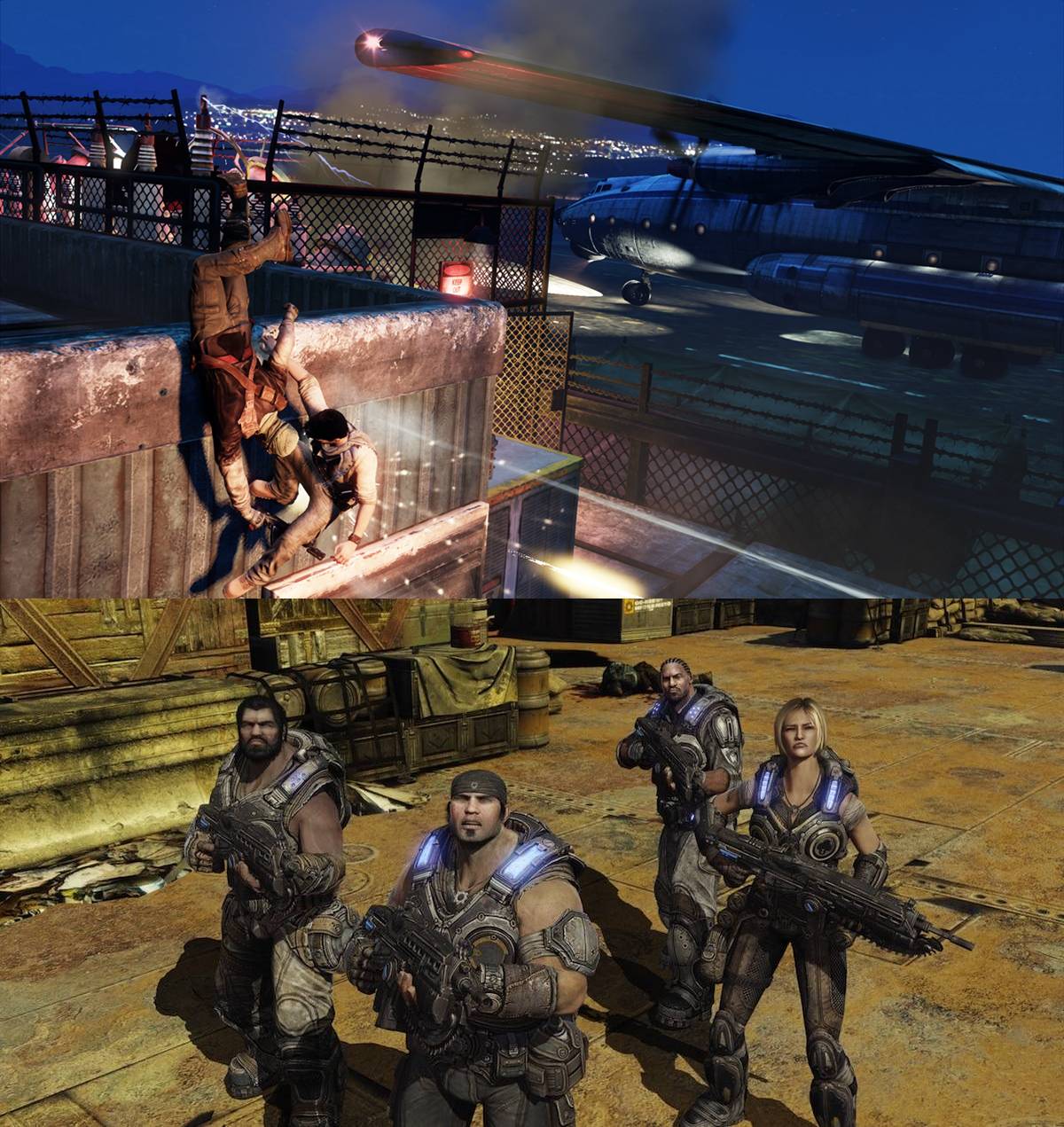 After some improvements to the Unreal Engine 3 by Epic games, we have to say Gears of War 3 sports fine lighting effects. It is much improved from Gears of War 2. However, Uncharted 3 is no slack either, with better HDR lighting and shadows. The usage of global illumination on Gears of War 3 gives it a massive visual boost overall. But as seen in both the beta’s Uncharted 3 has a slight edge.

Uncharted 2 was widely recognized as one of the best looking console games ever. It’s mainly due to the insane attention to detail the game had, that was never seen in a console game before. The interesting color scheme, animations, the amount of polygons pushed and the splendid art design all came together to become a visual fiesta. Uncharted 2 came out in 2009 and there have been plenty of good looking games released after it. Games like Killzone 3, Gran Turismo 5 etc. all are incredibly impressive on consoles. Uncharted 2 holds well against these games but it was time for a successor. Yes, Uncharted 3.
Some may argue that PS3’s power was already tapped out by Naughty Dog, and there was no room for improvement, but we disagree. There are a lot of things that Naughty Dog is doing for Uncharted 3. First of all, they have changed the engine to support 3D. Which means? Yes, the engine is much faster and can take a lot more load. Better code optimizations result in better performance. In these two years since Uncharted 2 came out, Naughty Dog would have got the chance to code for the PS3 more effectively and they themselves said this when they compared Uncharted 3’s performance to a Formula 1 car.
“We’re at full speed, optimizing code specifically for the SPUs, it’s a great resource because [SPUs] are extremely fast, and if you optimize they get faster than you ever thought they could be. That’s where the quality of our images comes from,” said Christophe Balestra, co-president of Naughty Dog.
What this means is that, the game runs much faster and can do a lot more things. For e.g. Uncharted 3 has much better HDR lighting than Uncharted 2, which is an extremely impressive achievement. When we say, Uncharted 3 will be the best looking game this year; we have to take the completion in mind. Which game has a good chance of challenging Uncharted 3 this year? We believe its Gears of War 3. Epic knows the Xbox 360 inside out, and considering it’s their third game and after the Gears of War 3 beta, it has been established that it is one of the best looking games on the Xbox 360, we pick this one. Note: Gears of War 3 supports stereoscopic 3D as well.
The recently concluded Uncharted 3 beta showed how well the game is shaping up. Bear in mind, while the beta had some aliasing issues due to Naughty Dog using some custom Anti-Aliasing solution, which puts less strain on the PS3, but does a poor job of completely eliminating jaggies. This should be fixed, however, because Naughty dog can do a lot in 3 months as shown in this pic.

So can Gears of War 3 beat Uncharted 3? We don’t think so and we have our reasons as to why that won’t happen.

So can Gears of War 3 beat Uncharted 3 visually this year? Based on technical merits, we have to say no and we do know that Naughty Dog’s artists are much more creative than Epic’s, resulting in spectacular environments and art design. The Chateau map in the multiplayer beta shows this well. It’s clear that Gears of War 3 is shaping up to be the best looking Xbox 360 game, and will be visually superior than majority of console games out there, but when pushed the PS3 like only Naughty Dog can, we have to say Uncharted 3 has a better chance of reclaiming the graphics crown.
So there we have it folks, two of the best looking console games will go head-to-head this year and will fully utilize their respective console’s strength. Which one do you think will triumph? We have chosen our pick; tell us yours in the comments section below.
Gears of War 3 releases on September 20th for the Xbox 360, and Uncharted 3 comes out on November 11th for the PS3. Whoever wins the graphical battle doesn’t matter but gamers are in for an one hell of a ride!